The Government must make a stand to ensure delinquent fathers own up to their responsibilities to financially support their children, says Denise Allen.

Binky Shelton: "That's what got me into this trouble in the first place!"

IN OCTOBER last year, I wrote Bashing Single Parents is bad policy in response to the Gillard Government's draconian right wing policy of reducing the benefits of single parents to the level of Newstart once their youngest child turns eight.

It is now pleasing to hear that, in last Tuesday night's budget, the Government will go some way to redeem itself by providing an incentive payment to single parents who return to study.

Over 90 per cent of single parents are women. The rest are men and grandparents.

Therefore, by virtue of the larger percentage, it is inevitable that when antagonists within the community are vilifying and denigrating "single parents" (personally, I prefer the terms "sole parent" as "single" inevitably implies that all have never been married, when in actual fact many "sole" parents are such due to marriage breakdown) it is directed by those antagonists, in the main, toward women.

However, more often than not, the elephant in the room is either ignored or swept under the carpet and that is that approximately 26% of non custodial parents do not pay any child support and a large percentage of that 26% do not contribute in any way to the upbringing of a child they "helped" bring into this world. Given that the percentage of "sole parents" are women, it would also be a given that the majority who do not pay are men.

It's as if these mothers became pregnant via immaculate conception, such is the involvement of some fathers in their child's life. It's as if the man never existed.

So, where are the fathers?

Now, before readers go off their tree and complain that this is men bashing — no it's not. 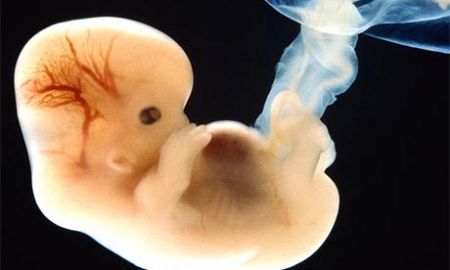 I accept and agree there are also some mothers who walk away from their responsibilities and there are many fathers who are denied the right to participate in their child's life due to a number of complex reasons.

This article, however, is about those parents – particularly fathers – who walk away without a second look back.

These are the ones the Government needs to target.

We have come a long way since the 1970s and 80s, when child support – or "maintenance", as it was known then – was all but pointless applying for, as there was little political will to enforce it.

There was also no way to definitely confirm who the father was. Blood tests could be done, but precise confirmation wasn't available until the introduction of DNA in the late 1980's.

But fast forward to 2013 and, still today, 26 per cent of non-custodial parents do not pay child support.

Parenting is a dual role; both partners taking equal responsibility.

You will hear all the old tired arguments — some more degrading than others, such as "some single mothers wouldn't even know who the father is"; a derogatory comment intended to demoralise and ridicule some unmarried mothers. No doubt in a very miniscule minority, this may be true, but for the most part it is just nasty.

And if that is the case, what does it also say about the boys and men who are only to willing to jump into bed with "anyone"? Seems it's a badge of honour for the males, and they get high fived by their mates — but the female is slandered as a "slut" and left holding the baby when a blokes little tadpole makes it all the way to utopia. Suddenly, the one night stand, wasn't such a good idea after all.

Time to head for the hills.

Somehow, the Government has to find a way to ensure that these delinquent fathers, who are only too ready to take every opportunity to "screw" a female – and let's face it, that's all it is – face up to their responsibilities. Because, as it is stands for a girl or woman caught in this situation, it is "screwed and be screwed" whilst the boys and men walk away scot free.

I also know of some men who would prefer to "go on the dole" or attempt to dramatically reduce their income rather than voluntarily – and perhaps even lovingly – support their child/children.

Personally, I cannot understand any parent – male or female – not wanting to participate in nor contribute to the well being of a child's life.

This would not so much be about saving the Government huge dollars  although it would save a considerable amount – it is far more important to make these delinquents take personal responsibility for "screwing" up big time.