The one about the Abbott, the Bishop and the Ambassador

There’s a feeling of uncertainty running through the crack Department of Foreign Affairs and Trade (DFAT), mainly caused by appointments to ambassadorial posts by Foreign Minister Julie Bishop in concert with Prime Minister Tony Abbott.

And the threats of downgrading staff levels at home and in some overseas posts because of Budget cuts are causing concern.

One senior diplomat told IA last week that if Abbott and Bishop are serious about saving money, a good place to start would be the closure of the embassy in the Vatican – which was resurrected when Rudd was Prime Minister and staffed by former deputy PM Tim Fischer as ambassador in residence.

Previously the ambassador in Dublin was cross-accredited to the Holy See and made four annual visits a year.

The current ambassador is the well-respected John McCarthy, whom our informant says is wasted in the post, with his workload constituting no more than an hour a week. This, says our mole, this costs the taxpayer about $1 million dollars per year.

A recent Abbott ambassadorial appointment that has raised some eyebrows is that of Mark Higgie as ambassador in Brussels.

Dr Higgie was a middle ranking and, some would say, under-performing DFAT staffer who has held posts in our embassies in Belgrade and Hungary and left the Department in 2007. It is said his connections in the Liberal Party are excellent and its wasn’t long before he ended up in Abbott’s office as his international affairs advisor.

Well, Abbott has the departmental experts for that now and Higgie is off to Brussels.

As our informant said with a deep sigh:

“The spoils of office work well if used well.”

Attorney-General George Brandis now enters the picture and the fact that he has a former head of the Australian Secret Intelligence Organisation (ASIO) working as his chief of staff hasn’t stopped him shooting himself in both feet.

Paul O’Sullivan was in Howard’s office before the ASIO gig and how he has ended up with Brandis is anyone’s guess and we are not going to speculate here.

However, our informant was in an effusive mood while we lunched, and it now appears that the sisterhood is not confined to the ALP but has emerged even in the halls of the blue tie brigade, with its influence resulting in the appointment of our first female ambassador to the United Nations, replacing the well-respected Gary Quinlan, who doubles as our representative on the UN Security Council.

Madam Ambassador to be, Gillian Bird, was the Canberra-based ambassador to ASEAN, which meant little and was, in fact, a glorified desk job. Previously, she was a deputy secretary in DFAT and the appointment of such an inexperienced officer to such an important post is causing concern in diplomatic ranks.

It should be noted that Ms Bird will take up her post in New York when Australia’s role on the Security Council expires.

Reading between the lines, it seems the more moderate and experienced hands in DFAT are not all that happy with duo of Abbott and Bishop taking over foreign policy.

After all, they have managed to get China and Russia off side and this country’s treatment of asylum seekers hasn’t impressed anyone.

All of this will no doubt be causing former Opposition Leader Mark Latham some mirth. Since his occasional foray into Australian Financial Review land, he has come up with the prediction that, under Abbott and Bishop, Cory Bernardi might soon become ambassador for dogs! 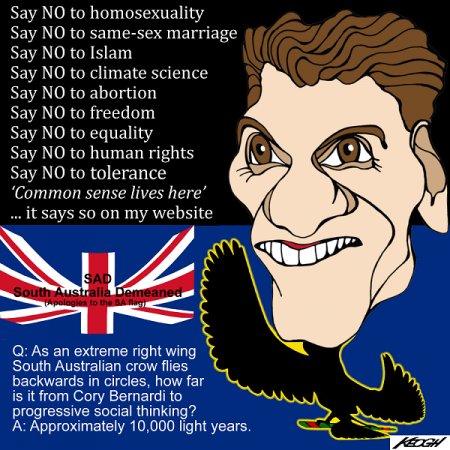 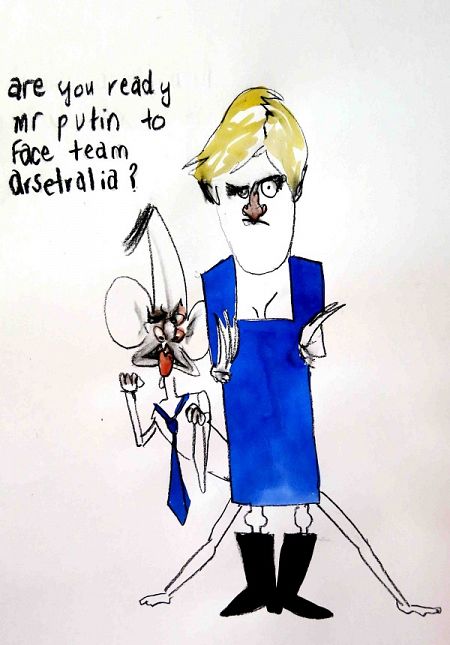