As Jobkeeper, JobSeeker and other stimulus measures are wound back in 2021, it is doubtful the Morrison Government will rise to the enormous economic challenges ahead, writes Tarric Brooker.

AS AUSTRALIA heads into an uncertain 2021, economists and analysts continue to search for historical precedents in order to better understand the challenges that lay ahead on the long road to recovery.

With around $300 billion (15% of GDP) in support flowing through the economy as a result of stimulus measures at all levels of government, as well as superannuation withdrawals, attempting to accurately estimate where the economy is truly at is problematic, to say the least.

This makes understanding the economic impact of the withdrawal of enormous amounts of government spending all the more important. 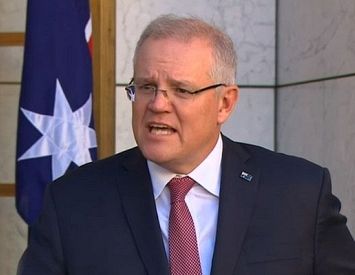 Australians like to think of themselves as living in a classless society where anyone can succeed, unimpeded by socio-economic barriers.

In order to find a historical analogue even close to the ballpark of where we currently find ourselves, you have to go back all the way to the end of the Second World War. There simply hasn’t been such an enormous withdrawal of government spending in the seven decades since 1945.

As a result of this enormous reduction in government spending and the transitioning of the economy away from war production, GDP fell by 7.9% — more than 6.5 times the impact of the Spanish Flu on the Australian economy in 1919-1920 (-1.2% of GDP).

This serves to illustrate the challenge Australia and the Morrison Government faces, as the enormous level of government support is gradually removed throughout 2021 and beyond.

Except, unlike post World War Two Australia, we face a far greater number of economic headwinds and we don’t have roughly one in seven people finishing up wartime service with their pockets filled with cash.

In 1945, Australians were looking forward to a bright future. They had helped defeat Nazi Germany and the other Axis powers, Australia was one of the wealthiest nations in the world per capita and the Chifley Government was embarking on an enormous program of social housing construction.

In 2020, the pandemic continues to ravage the world economy and risks within the global financial system continue to rise, as bad debts come due and grace periods for loan repayments conclude.

Here in Australia, we also face our own set of challenges going forward, some of which are unique to our shores. With trade tensions continuing to increase between Beijing and Canberra, the ongoing economic recovery could be blunted or even cancelled out entirely.

In a recent report, research firm Capital Economics estimated that if China were to stop purchases of all goods currently targeted by Beijing’s trade actions it would subtract 1.8% off the GDP.

The report went on to conclude:

'While Australia should be able to divert some shipments to other countries, the escalating trade war is another reason why Australia’s economy will never return to its pre-virus path even once the pandemic has been brought under control.'

Domestically we face the same trials as most nations, as emergency measures such as the insolvency moratorium, JobKeeper and JobSeeker supplements are all removed. 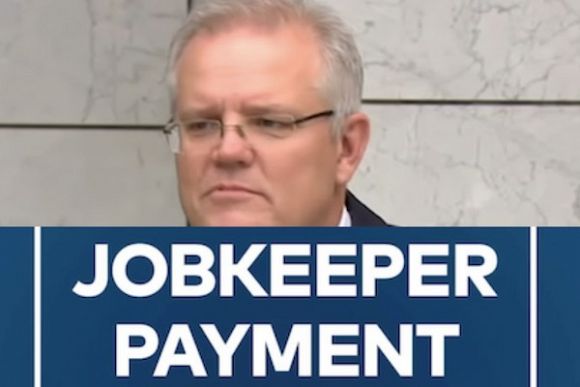 The JobKeeper Payment is a massive tourniquet for the Australian economy but for over one million temporary entrants, it is a gun to their head.

Attempting to forecast how the economy will fare when these support measures conclude is challenging to say the least. While the bulk of direct stimulus to households is coming to an end, there is still around $250 billion in further stimulus measures to come from the Morrison Government, alone.

However, much of the Government’s stimulus measures after March are targeted at businesses, through policies such as JobMaker and the instant asset write off tax breaks for companies with turnover up to $5 billion a year.

While the 1945-1947 period may be the closest historical analogy to the upcoming withdrawal of government spending, in 2021, the economy faces far greater headwinds as we head into an uncertain future.

Balancing the withdrawal of government spending against the health of the economy has always been challenging, even with far lower levels of government support. With government support currently running at around 15% of annual GDP, its tapering and eventual removal may be the greatest economic challenge an Australian government has faced in more than seven decades.

Whether the Morrison Government is up to this challenging task remains to be seen.

After seven years of Scott Morrison, Australian jobs and exports are more dependent on China than ever.

In fact, Australia depends on the Chinese market more than any other country.

And he still hasn’t delivered a plan to diversify our economy, help exporters and save jobs. pic.twitter.com/nPt36nsMx2