Tackling budget repair by increasing property taxes for the top end of town is a bold and effective move by the Andrews Government, writes Tarric Brooker.

Since the Andrews Government announced that it would be raising land taxes and stamp duty on homes worth more than $2 million and property investment portfolios worth more than $1.8 million, it has copped no end criticism.

The move has been denounced as“savage”, a"blow to jobs”; and “the worst tax in the armoury of taxes”.

But what does all this rather alarming sounding commentary actually mean for the bottom line of Victorian property buyers and property investors?

Not a whole lot.

It’s a relatively similar story when it comes to the Andrews Government’s land tax increase.

It’s easy to criticise governments for raising taxes. Naturally, it’s never a universally popular change to policy, even when targeting a very well off demographic — as the reaction in elements of the media has shown.

But let’s look at the situation facing the Andrews Government and the Victorian economy for a moment.

More than any other state in Australia, Victoria has borne the brunt of the COVID-19 pandemic, facing months upon months of lockdowns and the devastating economic consequences that came with this. As a result, the Victorian Government spent billions on various stimulus programs in order to keep the Victorian economy on life support, as the State battled the pandemic.

But like many citizens are finding out around the world, there is no such thing as a free lunch, as governments attempt to repair their badly battered budgets. In this, Victoria is no different from anywhere else.

However, unlike the Federal Government, or a state in a nation like the U.S., Victoria does not have a wide taxation base with which to repair its budget.

As of 2019, 40% of Victorian state tax revenue was derived from land taxes and land transfer duties, or stamp duty. The next largest contributions came from payroll tax at 27% of state tax revenue, followed by motor vehicle taxes such as car registration and transfer fees on 11%.

This really illustrates the challenges faced by the Andrews Government, as well as most of the states and territories around Australia. They need to repair their respective budgets, but there are a very limited number of paths they can take, particularly when contrasted with the Federal Government. 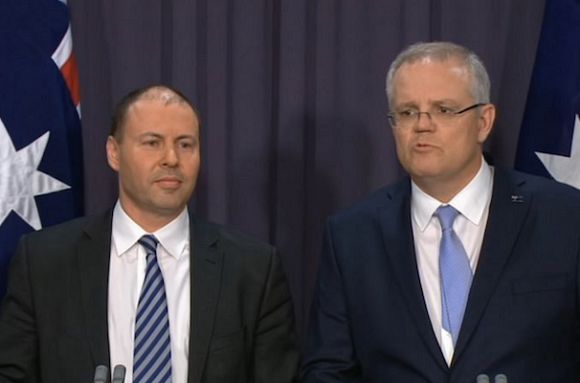 The Morrison Government is throwing young Australians under the bus

Young Australians will be paying for the Morrison Government’s excesses long after this Government is gone.

If the Andrews Government instead chose to raise the $2.7 billion over four years, the proposed property-based taxes would generate from elsewhere and the two other main options are unappealing.

For example, it could choose to significantly raise payroll taxes, which are paid by businesses. Except that Victorian businesses are still facing a challenging recovery from the pandemic and a payroll tax is already on the cards to fund an increased level of mental health services.

Or perhaps it could choose to significantly raise car registration costs in order to raise the billions to repair the budget? There are several major problems there. Perhaps the biggest of these is that it would take almost $13 million a week out of the pockets of everyday Victorians, significantly impacting the state economy and hitting those who can afford the increase the least, the hardest.

Given the Andrews Government's problems, it seems that raising property taxes on a demographic that is far more well off than the average household, is likely the fairest way to go about things.

And it’s not like other measures are not being employed to repair the budget.

Over the next four years, the Victorian Government is looking to cut $3.6 billion in bureaucratic costs, which would almost certainly result in some form of job cuts and decreases in wage growth.

As Australia emerges from the pandemic and state governments look to repair their budgets, hard decisions are going to be required and sacrifices will need to be made.

There will be winners and losers, like in any major change in government policy. But, ultimately, by raising stamp duty for the richest, the Andrews Government has made the best possible decision.