Amidst the worst economic crisis in almost a century, which has seen more 1.6 million people on unemployment benefits and more than 3.5 million workers supported by the JobKeeper payment, young Australians are increasingly worried about housing prices rising out of their reach.

It’s worth reflecting on that for a moment.

Despite unemployment being projected to rise to more than ten per cent in some of our major cities and the rising possibility of a double-dip global recession, some property analysts believe prices will not only rise but skyrocket in the months and years to come.

While it would be nice to dismiss the notion that prices could rise while the economy and labour market are struggling, it cannot be ruled out. With the "Property Prime Minister" Scott Morrison in power and the Government moving to remove responsible lending legislation, it’s within the realm of possibility that strong price growth could be engineered. 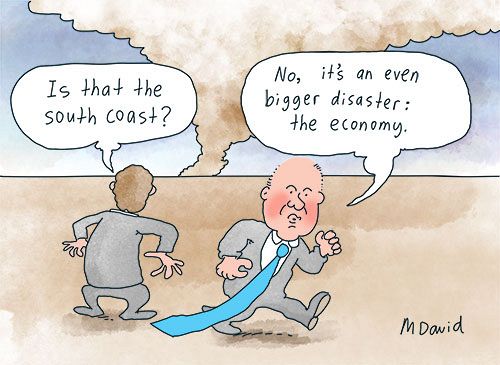 It has been another dismal year for Australia’s economy despite the global boom continuing apace.

Prior to the last Federal Election in May 2019, housing prices had been falling for almost two years in Sydney and for about 18 months in Melbourne. At the time, economists and market commentators generally expected prices to continue falling.

But with the shock election victory of the Morrison Government, the subsequent deregulation of lending standards by bank regulator APRA and the ultimately weak final report of the Banking Royal Commission, just month’s later prices were rocketing higher.

According to a report by University College London, in 16 of the last 29 quarters leading up to June 2019, the median Sydney home earned more than the median full-time worker earned from wages.

With weak wage growth well below its long term average in recent years, the fact that a house “earns” more money than the median full-time worker, underscores the scale of the challenge a prudent first home buyer faces even at the best of times.

But now, with wage growth expected to be weak for years to come and unemployment forecast to hit double digits in some capitals, rising housing prices just feel like cruel and unusual punishment for a generation of Australians who already face the worst economic conditions in almost three decades.

For the longest time, prospective first home buyers have been told they need to “get their foot on the property ladder as soon as possible” and that they better “buy now or miss out forever”.

This has led to high levels of fear and anger among many potential home buyers; as they have watched their chance at achieving the Great Australian Dream evaporate before their eyes.

To put this into perspective, 11 years ago the median Sydney home price was around $560,000, today it’s over $1.14 million. In that period, Sydney first home buyers saw the size of the deposit required to buy a home more than double.

It’s broken, it’s unfair, but it may continue

For as long as anyone can remember, homeownership has been a foundational element of the Great Australian Dream — a castle where people can always feel safe, raise a family and make memories.

But despite the integral place the family home enjoys in our society, few in politics have leapt to the defence of affordable housing, for not only young Australians but for the legions of Australians who don’t own their home for any number of reasons.

As the nation-states down the worst economic crisis in almost a century, millions of Australians face a nervous wait to see if they will join the ranks of the unemployed when JobKeeper concludes. But with some commentators predicting skyrocketing housing prices, there is an extra layer of anxiety and concern for many prospective homebuyers.

While people struggle to put food on the table and fight to achieve secure employment, its possible housing prices might once again get away from them.

Hopefully, that is not the case and housing will again become more affordable. But ultimately until that potential change, the Great Australian Dream that has defined our nation for generations will remain a nightmare for hundreds of thousands of Australians.

Aus is so broken that young people fear being priced out in the worst recession in a ~90 yrs pic.twitter.com/ytKfRBsW9p