The tax and other laws of Australia are currently being designed to increase rather than limit the inequality between rich and poor citizens and the Abbott Government's budget looks set to continue widening this disparity, writes Bill Mavropoulos.

The question of fairness in our tax system was brought to the fore with the handing down of the Federal Commission of Audit (COA) on last week.

One of the recommendations was cutting the Federal income tax rate and allowing each of the States to set their own levy on top of it. Instead of refuting this and many similar ideas from the COA directly, it is perhaps better to examine their policies with reference to the current global tax debate on addressing inequality sparked by a French economist who is quickly becoming notorious.

The world is indeed a funny place. Had someone suggested a few months ago that the number one best seller on Amazon would be a book on tax and wealth distribution, they would have been laughed out of the office. It would seem however that tax is finally (and deservedly) cool. We can thank the unlikely hero who gave rise to these circumstances, Thomas Piketty. His book Capital in the Twenty-First Century has catapulted him into ‘rockstar’ status.

The book is the product of fifteen years of research by Piketty and a team of economists into income and wealth inequality in the US and a host of other developed economies around the world.

The popularity of the book is even more unlikely when you consider that Piketty was trying to prove something that most sensible people already know — that the inequality between rich and poor people is increasing. Piketty’s team spent untold hours compiling and making sense of historic tax data from multiple jurisdictions to prove this point. Perhaps then, the reason for the fanfare is what he does once he answers this obvious question — he goes out on a limb and tells the world how to go about fixing the problem.

The book outlines how our current economic systems tend to concentrate wealth into the hands of a comparatively small group of people.

Briefly, Piketty provides a rate of return on wealth based on his meticulous and painstakingly gathered tax data. At its simplest, wealth could be thought of as the sum of assets less liabilities. Once he worked out the rate of growth for wealth, he compared it with the growth rate of a given economy to make his point — that where the rate of return on wealth is much greater than the growth rate of an economy, wealth will tend to be concentrated in fewer and fewer hands. Because of the compounding effect of wealth, it becomes more and more difficult through hard work and innovation to break into this wealthy group in our society.

In true economist style, Piketty doesn’t see wealth inequality as necessarily a bad thing because if it is difficult to attain wealth, this creates an economic incentive for people to work harder, which increases the growth rate of the economy. The problem arises when it becomes so difficult to become wealthy that this economic incentive is removed. In other words, people stop striving to become wealthy because they perceive that this is out of their reach. This has the effect of limiting growth and causing the destabilisation of an economy, instead of encouraging economic growth.

The book proposes a radical solution to this problem.

According to Piketty, a global tax on wealth would effectively redistribute some of the growth from the net assets of the wealthy thereby reducing inequality. In other words, if the rate of return on wealth is decreased to bring it closer to the growth rate of the economy, the gap between the rich and poor will reduce, which in turn will drive economic growth.

Current taxes focus on taxing income earned in a given year.

What Piketty proposes is a tax that is levied upon ‘net wealth’ instead. The argument is that people with more wealth should be subject to a greater tax burden to bring the rate of return on their wealth into line with the growth rate of the economy. The wealth is effectively redistributed to less wealthy people who are more likely to spend wealth (rather than hoard it) on goods and services thereby increasing economic growth.

Predictably, right leaning commentators are accusing Thomas Piketty of Communist ideals to rival those of Karl Marx and discount his idea to fix this problem.

Considering these commentators do not have painstakingly-gathered empirical research into tax data spanning over a century to back their claims, as well as proven economic modelling and experience, their credibility is seriously questionable. The accuracy of Piketty’s claims about the growing gap between rich and poor is plain to see in all the developed economies, especially the United States, where middle class wealth has stagnated (and even gone backwards) whilst the wealth of the richest has grown exponentially.

An interesting thing happens when you view the Australian tax system within the prism of Piketty’s work. Take for instance the humble 50 per cent discount on capital gains.

This tax concession applies to capital assets by shielding half of the gains made in this way from tax. This means the rate of return on capital gains (which, as an already-held asset, we can view as wealth) is artificially higher because half of it escapes taxation.

Wages, on the other hand, are wholly subject to tax.

The disparity of treatment between capital gains and wages and is rarely questioned by the majority of the public — or, in fact, by tax professionals and government, for that matter.

It doesn’t stop there; deceased estates have long enjoyed concessional tax treatment that allows the majority of capital assets (or wealth) acquired through inheritance to escape taxation entirely.

Then, lastly and perhaps most obviously, we continue to provide superannuation concessions that are increasingly more lucrative for superannuation funds that hold greater amounts of wealth, particularly for Australians over preservation age.

The point is that this trend of shielding the assets (or wealth) of the rich while increasing the burden of taxation on the poor is still our current tax policy direction. This can be illustrated with a few more examples.

Treasurer Joe Hockey hints at increasing the revenue brought in by the GST, a consumption based tax.

On the face of it, this seems like a reasonable and efficient way to generate revenue for the Australian budget. What is left unsaid is that the poor disproportionately bear the economic burden of increases in consumption taxes, because proportionately they spend more on consumption.

So, while this tax is efficient in its collection, it may actually impede growth by reducing the income of the groups most likely to spend their wealth. The further effect will be a widening of the gap between poor and rich as the rate of return on wealth would not be materially affected by a consumption tax, but economic growth through a reduction in poor people’s purchasing power may be.

A $6 co-payment to see a doctor suggested by the Government – let alone the $15 suggested by the Commission of Audit – again places more of a burden on the less well-off Australians and reduces their access to health care.

The government argument that revenue may be needed to fund healthcare is sensible. However, why was there no discussion around partially removing the concession on the Medicare levy surcharge for taxpayers with private health insurance to plug this gap instead? These taxpayers earn over $84,000 meaning this measure would target wealthy people while arguably being more politically sensible than a debt levy, as it represents the reduction of a tax concession rather than the imposition of a new tax.

The mining tax is another example.

It was watered down to the point of not collecting any meaningful revenue from super profits earned by companies extracting mineral wealth from Australia and is slated to be removed altogether, along with vital small business tax concessions. The controllers of these companies are indisputably wealthy.

Viewed in the context of Piketty’s work, now that a number of mines are in production, rather than the construction phase, does it not make more sense to give this tax the teeth Dr Ken Henry intended it to have? This toughening up would impose a tax on the super profits of the wealthy, reducing the return that they can garner from their wealth, whilst simultaneously compensating the Australian public for giving up these scarce resources.

The tax and other laws of Australia are currently being designed to increase rather than limit the inequality between rich and poor citizens.

In light of Piketty’s important book and out of the ideals of common sense and social justice, Australia should provide a constructive contribution to this global debate. Even where these ideas are rejected out of hand, the Government, when wrestling with its ideology, would do well to heed the words of Aristotle:

“It is the mark of an educated mind to be able to entertain a thought without accepting it.” 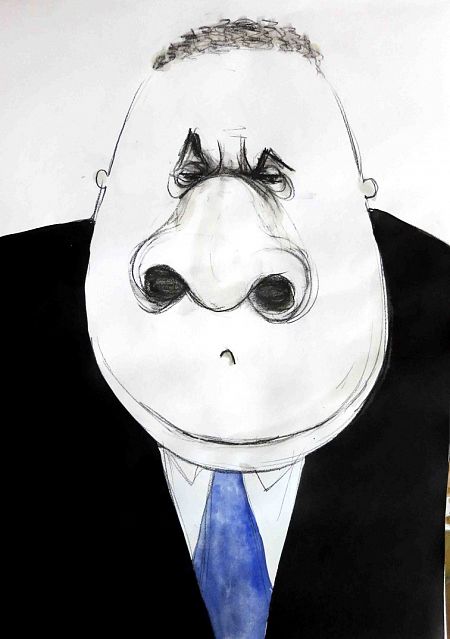 14 May 2014, 6:00pm The greatest trick Joe Hockey ever pulled was convincing the electorate his budget ...
Join the conversation
comments powered by Disqus
News updates