Among proposals for tax reform considered by the Albanese Government, lifting the corporate tax rate should be included, as Alan Austin reports.

AUSTRALIA’S NEW GOVERNMENT faces an exquisite dilemma. It is in the curious position of having a substantial and powerful sector of the community urging it to break an election promise. While this is a rare situation, it is not unprecedented. Is there a solution that satisfies all sides?

The Labor Opposition surprised pundits through the 2021-22 Federal Election campaign when it abandoned virtually all tax reform measures it had taken to previous elections going back two decades. No, it would not fix negative gearing, nor reform the capital gains regime. And, no, it would not change tax rates to remove the glaring injustices. The Opposition, led by Anthony Albanese, promised to enact the Coalition’s huge reduction of the impost on rich taxpayers, effective in July 2024, known as the Stage three cuts.

Some have claimed the Coalition adopted this policy precisely to drive a wedge between it and Labor and enable yet another election to be won on the mantra of “Labor is the party of higher taxes.”

Labor’s strategy worked. There was no scare campaign. Labor scored a comfortable, if not resounding, win. Albanese is Prime Minister. 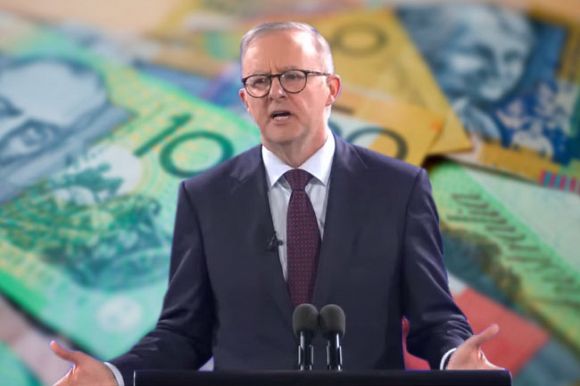 Calls to abandon the promise

In reality, there is no justification whatsoever for cutting taxes on the top end while the budget is still in deep deficit and debt keeps piling up. Hence the ever-louder calls to abandon the election promise.

Those urging no change include Professor Steven Hamilton at George Washington University in the USA in the Sydney Morning Herald, Independent Australia editor David Donovan, The Guardian, The Monthly, the ACTU, the Greens, independent Senator David Pocock and nine of the 18 parliamentary crossbenchers.

One of the few voices defending the regressive tax cuts is the Australian Financial Review.

One creative solution is to go ahead with the Stage three tax cuts, but before doing so, impose a temporary tax surcharge on the higher brackets of income earners and also on company tax.

These can be presented to the community as transitory measures necessitated by the multiple rorts over the last nine years – taxation and other – which have plunged the economy into indefensible debt.

After two or three years, this surcharge can be abandoned. Or, depending on observed results, could be extended, increased, reduced or made permanent. 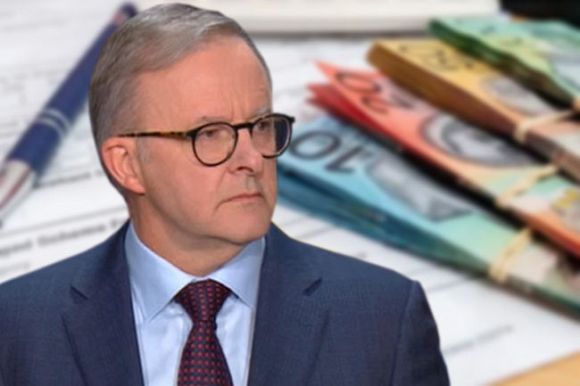 Outcomes in comparable countries confirm this will bring substantial benefits.

When we add together the corporate tax rate and the social security levies imposed on companies, such as the superannuation contribution, Australia sits below the middle of advanced economies on overall corporate tax burden. See pink and blue chart, below.
Australia can increase its company tax rate by 9% and still rank well below successful economies with high standards of living: Germany, Sweden, France, the Netherlands and others.

In the boom years following the Global Financial Crisis, many countries observed corporate profits soaring and increased their company tax rates. Others cut the rate to give corporations an even greater slice of their national income pies. Those that increased the tax rates have generally benefited.

Taiwan increased its corporate tax rate by 3% in 2018. Its budget deficit improved by 0.7% of GDP from 2017 to 2019 (pre-COVID) and has declined only slightly since. Government debt has steadily reduced since 2012.

Taiwan’s jobless rate has been below 3.8% most of the time since 2018. Productivity and most other indicators have been positive.

South Korea lifted its company tax rate in 2018. Its economy now has near record low jobless rates, strong GDP growth and a sound budget position. South Korea and Taiwan have been in the top ten on the IAREM for the last two years.

Latvia, a former Soviet state in Eastern Europe, increased its company tax rate in 2018 from 15% where it had been for the previous 16 years up to 20%. Its economy then boomed.

Other countries to lift the corporate tax rate and reap significant benefits include Germany, Slovenia, Ecuador, Chile and Columbia. 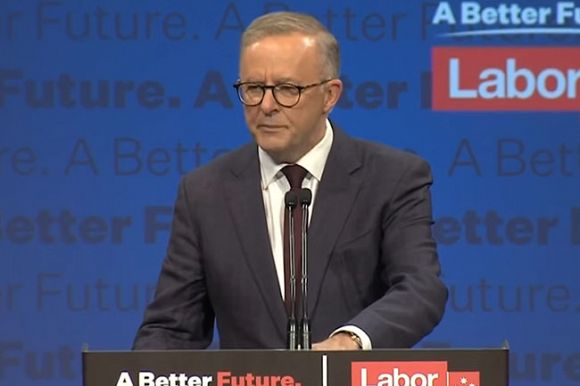 In contrast, the USA slashed the rate from 35% down to 21% in late 2017. Its budget deficit worsened by a staggering 13.3% of GDP from 2017 to 2021. Government debt blew out by $8.2 trillion, which was an appalling 32.6% of GDP. With inflation at 8.5% and negative GDP growth for the last two quarters, the USA is now the developed world’s economic and social basket case.

India has cut its corporate tax rate from 34.6% to 25.2% since 2018. Its deficits have worsened and its government debt deepened as a result.

Other countries that cut the corporate tax rate and copped a blow-out of government debt or other negative consequences include Belgium, Israel, Argentina and the United Kingdom.

Raising tax revenue through a surcharge on companies and high-income earners in advance of the Stage three tax cuts will thus have at least three substantial benefits.

It will reverse the outflows of wealth from Australia to the big corporations offshore that have impoverished the nation over the last nine years.

It will allow low-income earners to retain more of their meagre incomes — of which all is spent in the local economy.

And the top end will still get relief in July 2024, enabling the Government’s defenders plausibly to deny any election promise was broken.

Will critics beat Albanese and Treasurer Jim Chalmers about the ears for this? Some may try, but hey, it’s not their fault. Blame the previous mob.