ACCORDING TO THE IAREM, Switzerland now has the world’s best-performed economy. Singapore, which won top spot in 2014, 2017 and 2019, is a very close second. Ireland, which had the top economy last year, is third and the United Arab Emirates, the winner in 2015, is fourth.

This year’s results reflect the capability of governments to take advantage of extraordinary growth conditions as the world recovers from the COVID-19 pandemic. They confirm that nations with low populations, high economic freedom and a culture of ingenuity and enterprise are generating the best overall economic outcomes.

This ascendancy is built on Switzerland’s effective translation of research and development successes into commercial sales and its current surge in the manufacture and export of high-tech products. It has also expanded its historic status as an international banking hub to now lead the world in exporting gold, other precious metals, jewellery and rare stones.

Switzerland has taken great advantage of the recovery period following the pandemic to increase trade. Only twice before the pandemic have monthly exports exceeded 20 billion Swiss francs (CHF). But since February 2021, exports have been above 20 billion francs ($29.7 billion AUD) every month, hitting a peak of CHF23.9 billion ($35.5 billion AUD) in February this year.

With a population of just 8.6 million, similar to that of New South Wales, Switzerland has become the world’s second-largest exporter of pharmaceuticals and a major supplier of medical equipment, organic chemicals and industrial machinery. It no longer relies on global demand for its cuckoo clocks, chocolates and cheese. In fact, dairy products are no longer in the top thirty export categories by total value.

In order, the best-performed economies in 2022, with IAREM scores achieved, were:

The next ten were Portugal, Saudi Arabia, Malaysia, Iceland, Panama, Guatemala, Germany, the Netherlands, Slovenia and Vietnam. Most of these advanced through exceptionally strong economic growth and buoyant demand for jobs.

The top thirty are shown below, with all IAREM components listed.

Data comes from publicly accessible tables published by the World Bank, Credit Suisse, Heritage Foundation, the CIA Factbook, the International Monetary Fund and tradingeconomics.com. This is the world’s only index of overall economic performance based on multiple variables.

Australia’s dismal 22nd ranking – behind Portugal, Malaysia, Guatemala and Ecuador – is the nation’s fourth year outside the world’s top 20. This contrasts with being in the top spot under Labor in 2009 and from 2011 to 2013. This decline reflects the long-term effects of hundreds of billions lost offshore in company taxes not collected and billions more lost to corruption and gross mismanagement under the Coalition.

Variables which have deteriorated most severely over recent years in Australia are inflation, economic growth, the tax burden and federal government debt. 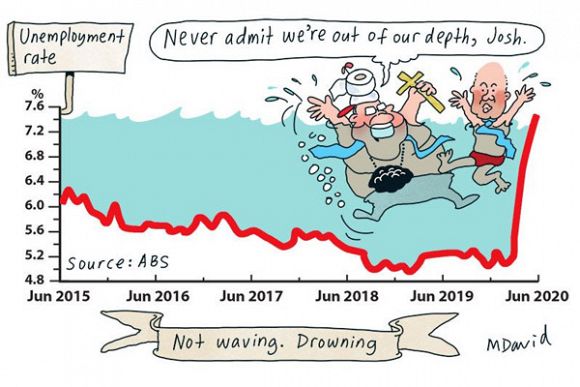 Losers in the 2022 rankings

Economies to fall badly in the IAREM rankings over the last year include several long regarded as solid, reliable performers. These are China down eight, France down ten, the USA down 16, the United Kingdom down 18, and New Zealand and Canada both down 22.

Some emerging Asian economies are also struggling to cope with post-pandemic conditions and have slipped down the ladder, including Thailand down 13, India down 28, and Hong Kong down a disastrous 43 places.

Winners in the 2022 rankings

Middle Eastern countries have managed the pandemic relatively well and are now taking advantage of the global boom to improve their outcomes. Israel jumped seven places to ninth, the UAE rose 11 places to fourth and Saudi Arabia lifted an impressive 32 places to rank 12th. Oman, Bahrain and Turkey also advanced.

Countries elsewhere with significantly improved rakings include Portugal up 41 places, the Philippines up 27, Poland up 24 and Guatemala up 18.

Switzerland deserves the top spot. It previously led the IAREM in 2016 and was runner-up in 2017. It is the only country to have ranked in the top six global economies every year since the IAREM was first published in 2013.

In other words, its economy is robust, reflects decades of experience and discipline, and the longer it matures, the spicier it becomes. Just like its Appenzeller raw milk cheese.

Detailed IAREM methodology is shown in the 2013 and 2017 editions. The same caveats still apply.

Readers are invited to join the chat below and at the IAREM Facebook page. Further data will be supplied on request.