Note to Scotland from Australian republicans: Don’t be scared away from saying ‘Yes!’

In 1999, Australia voted No to independence following a toxic campaign of fear and misinformation. With a similar pattern emerging in Scotland, Dr Benjamin T. Jones urges voters not to make the same mistake.

AS SCOTLAND’S CRUCIAL INDEPENDENCE VOTE APPROACHES, it is not only the United Kingdom, but the whole world that awaits the outcome.

Especially in a place like Australia, with such strong historic ties to Scotland and such a large expatriate community, the anticipation is palpable. While U.S. President Barack Obama and even Australian Prime Minister Tony Abbott have clumsily weighed into the debate, it is obviously a matter for Scots to decide.

Dear Scotland, no matter how bad things get, just be glad you don't have @TonyAbbottMHR as your "leader" #auspol pic.twitter.com/ragWta88sZ

That said, Australia experienced a similar vote in 1999, which is worth reflecting upon.

Scotland was joined to England through the Act of Union in 1707 and the new United Kingdom annexed the entire Australian continent 63 years later. Led by charismatic Scots preacher, Dr John Dunmore Lang, there were calls for an Australian republic as early as 1852. However, it was not until 1988 that the movement found substantial support. Australia’s bicentenary was dominated by the presence of the Prince and Princess of Wales, Charles and Diana.

Rather than an expression of Australian identity and achievement, it was yet another occasion to express loyalty to another country and beam, with pride while receiving a royal pat on the head for being a faithful subject.

Two years earlier, the significant Australia Acts had passed in Britain and Australia, severing any ties between the British parliament and our own, yet still we reverted back to our dominion mentality.

Discontent with our subservient Constitution, which sees our democratically elected leaders placed below foreign royals, Australian nationalism surged throughout the 1990s. As with the recent Glasgow Commonwealth Games, winning the right to host the 2000 Summer Olympics filled us with national pride and a sense that we can complete on the world stage. The year 2001 – a hundred years after our federation – seemed the perfect moment to declare full independence.

What followed was a calculated master class in the politics of fear and division.

Support for full Australian independence was in the mid-60s according to most polls and as high as 75 percent in others. In 1996, ultra-conservative and ardent monarchist, John Howard defeated republican Prime Minister Paul Keating at a general election. Supported by Abbott, who left the official No group to join the Federal Parliament in 1994, a campaign of endless negativity began to dominate the press and especially talkback radio.

There is an undeniable power in the status quo. The No campaigners merely have to play to our worst emotions and insist that any change will automatically be a change for the worse.

In Australia, as in Scotland now, we were told our economy would collapse, we would be kicked out of the commonwealth, our allies would abandon us and we would become some sort of pariah state. Any why? Will the sky fall in just because we want to assert our statehood and be respected as any other free and independent nation?

The defeat of Australia’s referendum in 1999 left the nation feeling empty. It was ultimately a loss for both sides. The republicans retreated for a decade but are now beginning to mount the case again with last year’s launch of Project Republic.

We now have clear answers to some of the most commonly asked independence questions. https://t.co/b4qYZszXEE #indyref #voteYes

Even for the monarchists, the issue is far from over. They know they have merely delayed the inevitable.

On 18 September, the people of Scotland will make their choice. On behalf of Australian republicans and the many of us with Scottish heritage I can only urge you not to repeat our mistake. A No vote will not defeat the movement for independence or the desire for statehood. It will only put it back and, in time, you will have to answer your children when they ask you what side of history you were on.

Do not fall for the same lies we were told in 1999. If you want to be an independent nation then that is exactly what you should vote for. Be proud, be free and be the nation admired the world over, Scotland the Brave.

On Thursday we have a choice between two futures - https://t.co/APNgDKnQLX #indyref #voteYes

Dr Benjamin T. Jones is an historian and adjunct research fellow at the University of Western Sydney. You can purchase the book mentioned in this piece, Project Republic, which features a chapter by IA managing editor David Donovan, here.

Did Tony Abbott give #scottishindependence the boost it was looking for? #auspol #Scotland http://t.co/DqTVBuI4iY pic.twitter.com/KVdoH302HN 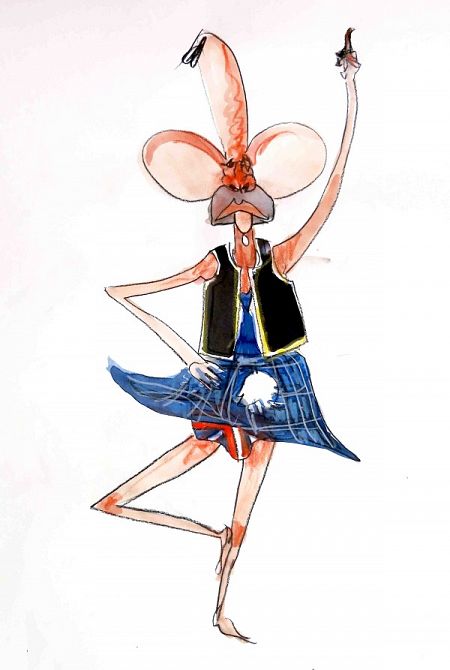