In the first part of an exclusive series for Independent Australia, Alan Austin analyses all Federal ministerial sackings and resignations since Gough Whitlam’s regime — to show the Turnbull Government has by far the worst record in recent times.

THE RECENT DEPARTURE of two more Coalition Government ministers, Barnaby Joyce and Fiona Nash, brings to an even ten the number of ministers forced out of their portfolios since Malcolm Turnbull became PM. This sets a new record for ministers sin-binned in the last 45 years.
The tally of ministers to depart for any reason, including voluntary retirement, over the last four Coalition years is now 25. If ministerial integrity and period of tenure are indicators of government stability, then the last four years have been the worst in Australia’s modern history. By far.

Those are not the only ministerial milestones reached in October. The total number of ministers sacked specifically for issues related to ethics and legality in the last 45 years has now reached 40. Three quarters of these – a neat round 30 – are from one side of Australian politics. But which side?

The following four will be used here:

A. Ethics and legality: failure to comply with professional standards or the law.

B. Performance: portfolio mismanagement or underachievement.

C. Policy and position: disputes over internal party direction or leadership (resignations in this category may indicate government dysfunction, but not necessarily failure on the part of the departing minister).

Consumers of Australia’s mainstream media all know for sure that Labor is the outfit of incompetence and corruption. We are fed this routinely. But in fact, the Coalition’s rate of ministerial departures in both categories A and B has been three times higher than Labor’s since 1972.

[NOTES: (i) this analysis includes all executive council members — cabinet ministers, other ministers and parliamentary secretaries (the latter are now known as assistant ministers); (ii) several dismissed ministers listed have since been reinstated (being sidelined is not evidence of failure or fault in itself); (iii) category B includes ministers tossed out by the voters at an election where the government was returned; (iv) durations of governments are calculated to the day.]

Under Gough Whitlam, two Labor ministers were sacked for ethics and legality and one for performance. Jim Cairns was removed twice. That is an attrition rate of 1.32 per year.

The Malcolm Fraser years saw seven Coalition ministers depart over ethical and legal matters and one over performance, an attrition rate of 1.11 per year. Not bad.

Under Labor’s Bob Hawke, there were just three exits for ethics and legality and one for performance, an attrition rate of 0.46 per year. Impressive.

Paul Keating, also Labor, dumped three ministers for ethics and legality and one for performance, an attrition rate of 0.95 per year.

Coalition PM John Howard set a new record, which was reckoned at the time would last forever. Fifteen ministers were sacked for ethical and legal lapses and five for performance. That was a departure rate of 1.71 per year.

Labor’s Kevin Rudd served two terms during which one minister, Joel Fitzgibbon, was sacked for an ethical breach, an attrition rate of 0.36. Fitzgibbon was later reinstated.

Julia Gillard had a similar record, with just one parliamentary secretary, Maxine McKew, losing her seat at the 2010 election. That was a rate of 0.33.

Tony Abbott lost two ministers for performance (David Johnston and Joe Hockey) and one (Arthur Sinodinos) over an ICAC investigation. Sinodinos has since been rehabilitated. That was a rate of 1.49 per year.

Malcolm Turnbull lost seven ministers for ethical or legal issues and three for performance. That sets a tawdry new record of 4.69 per year, up to the end of October.

In total, since the Whitlam years, 40 ministers have resigned or been sacked for ethical failures or legal infringements. Three quarters of these, 30 exactly, have been Coalition ministers. Ten have been Labor.

Fourteen ministers have gone over poor performance, of which 11 were Coalition and three were Labor.

When we include resignations over matters of government policy and leadership, category C, the numbers even up slightly. There have been 36 of these in the last 45 years, of which 17 were Coalition and 19 Labor. We shall examine these later.

Based on categories A and B, which side of Australian politics is conservative when it comes to honouring Westminster ministerial traditions?

Read Part Two: Ministerial departures for ethical and legal failures: who, when and why 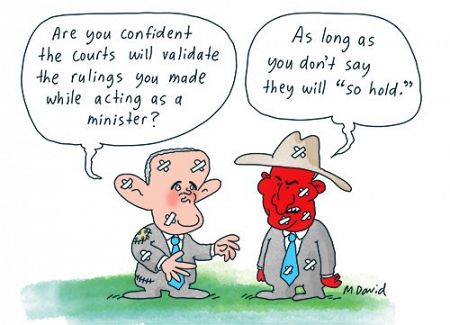