John Howard's latest lies about the Iraq War remind us of his deep dishonesty and give the Government a new avenue to attack the Opposition, writes deputy editor Sandi Keane.

TONY ABBOTT is channelling his mentor, John Howard, in declaring the coming election to be about “trust”. But how sound is this for a campaign strategy? Howard and trust parted company when we found out Australia had invaded Iraq on the basis of a lie.

Back in 2004, the “who can you trust” slogan was effective. It won Howard the election. Such was George W. Bush’s admiration, he stole the line for his own campaign.

Abbott’s slogans,  published in the Sydney Morning Herald on January 30 2013 are lifted straight from Howard’s 2004 playbook:

Who do you trust to reduce cost of living pressures?

Who do you trust to boost small business and to boost job security?

And who do you trust to secure our borders?

But then Tony Abbott was never one for original ideas. Remember the carbon copy election campaign ‘marathon’ idea he stole from David Cameron?

Abbott’s strategy of evoking memories of John Howard as the symbol of ‘trust’ has the makings of a Romney-like campaign blunder. The lies about Saddam’s weapons of mass destruction (WMDs), the cause to which Howard committed Australia to war, WorkChoices, children overboard, and the Australian Wheat Board scandal sparked a nation’s ire. Does anyone imagine John Howard being called ‘Honest John’ any more?

Political memoirs offer a chance to ‘fess up’ and clear the slate as a salute to historical accuracy, not to mention accountability — a last chance to make good. But, sadly, this is not the case in John Howard’s, self-serving, truth-dodging memoir, Lazarus Rising.

Unlike even Tony Blair, Howard says he has no regrets about Iraq. Australians are unlikely to ever see him apologise. This week, on Tuesday (8 April 2013), in his Iraq retrospective lecture for the the Lowy Institute, Howard remained unrepentant. Seizing the moral high ground in true Pecksniffian style, he labelled such claims "notorious" meriting the most "emphatic rejection".

The prime minister was in Washington at the time of 9/11. He knew President Bush was looking to fit Saddam Hussein up when he instructed his intelligence aids to come back with a link in spite of U.S. intelligence having dismissed Saddam’s possession of WMDs years before.

In Lazarus Rising (p 427), Howard tries to justify that it was

'...right to act on a reasonably entertained belief that Iraq did possess WMDs (p 425) by claiming that concern about WMDs was “soundly based in fact.'

Untrue. Fully two years before the invasion of Iraq, US Secretary of State, Colin Powell, declared in Cairo of Saddam Hussein:

"He has not developed any significant capability with respect to weapons of mass destruction."

Furthermore, five months after Powell’s speech, the National Security Adviser, Condaleeza Rice, in an interview on national US television put the lie to the US government’s own propaganda when she declared:

“Saddam has been disarmed and his military forces have not been rebuilt."

Unlike John Howard, Colin Powell has publicly confessed his shame at having supported the lie about WMDs.

Following exposure of the lie about Saddam ‘weapons of mass destruction’, former diplomat, Richard Woolcott, helped co-ordinate the group of 43 former service chiefs and diplomats who called for more honesty in government.

Woolcott told Independent Australia this week that central to the group’s concerns was the lack of honesty in Howard’s statement in March 2003 that his policy was “the disarmament of Iraq, not the removal of Saddam Hussein”, and that “if Saddam got rid of his weapons of mass destruction he could remain in power.”

One of the signatories was the former Chief of Defence Force, Peter Gration AC, who after he retired was very critical of the role of the Howard Government in Iraq.

The U.S., Britain and Denmark have all conducted inquiries into the Iraq invasion, but not Australia. Last month, on the tenth anniversary of the invasion of Iraq, the Greens renewed their call for an inquiry into Australia's participation in the war.

The anniversary turned the spotlight back on the allies and this shameful chapter in our history. Peter Hartcher’s ‘Blind allies of mass destruction’ in the Sydney Morning Herald last weekaccusedHoward, Bush and Blair of collaborating in a war built on a lie that cost the lives of more than 100,000 Iraqi civilians.

In truth, a better title for Howard’s memoirs would be ‘Lazarus Lying’ with its boastful flights of fancy and litany of lies.

Dealing with the ‘fanciful’ first, there is an extraordinary incident described in detail by Howard involving the daughter of his mentor, Sir Robert Menzies (who receives no less than thirty mentions in the book).

It tells of his invitation to Menzies’ daughter, Heather Henderson, and her husband Peter, to be his and Janette’s first guests at the Lodge. The convivial scene reminisced by Howard (p. 34) rings with nostalgia. The Hendersons toast his election victory over martinis — a cocktail particularly relished by Menzies.

The reality was that neither Mrs Henderson nor her husband had ever been invited to the Lodge in the eleven years it was occupied by the Howards. In an interview with The Weekend Australia, Mrs Henderson said:

“I was astonished when I read his account because it didn’t happen."

She requested he remove his “quite fanciful” recollection of the event in future editions of the book.

Perhaps the most cynical example of Howard’s re-writing of history is chapter 29, ‘The Liberation of East Timor’. Howard boasts how proud he is of 'one of the more noble things that Australia has done in years' in liberating East Timor.

Howard’s crude attempts to cloak himself in glory ‘after the fact’ had already been well and truly debunked by many of Australia’s political commentators, foremost among them Michelle Grattan and Laurie Oakes.

Oakes was scathing about Howard’s fabrication of the events leading to the liberation of East Timor. His rebuke – 'Timor credibility gap' – is republished in his book 'Power Plays.' It predates Lazarus Rising by two years. If Howard read it, he remained defiant.

'...so slavishy pro-Indonesian that he outdid even Whitlam when it came to brown-nosing Jakarta.”

For the man who elevated ‘ordinariness’ into a political commodity, the reinvention of the quintessential Mr Milquetoast to ‘liberating hero’ reveals a hitherto undiscovered Walter Mitty complex in John Howard. 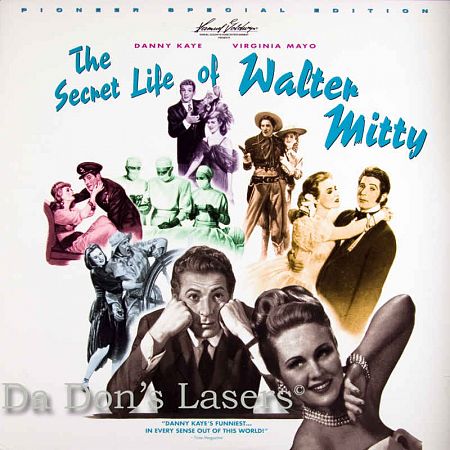 Humorist Bill Bryson wrote in ‘Down Under’:

Being ordinary and colourless may explain Howard’s Mitty-like fantasies. The Australian community showed strong support for Timorese independence. Many diggers retained a deep affection after being sheltered by them from the Japanese in World War II. In Lazarus Rising, Howard’s history revisionism bestows plaudits he never earned. He does this by also recasting his former foe, Gough Whitlam, as the villain who stood in the way of East Timorese independence.

'The Whitlam government wanted to maintain close ties with Indonesia and acquiesced in the Suharto regime’s forcible incorporation of East Timor. The de facto recognition afforded by the Whitlam Government was consolidated with the de jure recognition decided upon by Fraser.'

Whitlam has always claimed he told Indonesians that Australia supported self-determination of the East Timorese. According to previously secret Foreign Affairs Department documents relating to East Timor, dating from 1974 to 1976, as early as September 1974, Whitlam told officials:

"I am in favour of incorporation [into Indonesia], but obeisance has to be made to self-determination."

Former Ambassador to Indonesia at the time, Richard Woolcott, told Independent Australia that, early last year, he had discussed the reference to Whitlam in Lazarus Rising with Mr Whitlam who was, at the time, not well, but was nevertheless very disappointed at what he saw as a deliberate attempt to discredit a former Prime Minister.

After the National Security Council meeting on 1 December 1998, Howard wrote to the Suharto’s successor, B.J. Habibie, urging direct negotiations with the East Timorese (as Whitlam had done).

'For the first time in a generation, an Australian Government was proposing to reverse a longstanding, essentially bipartisan approach whereby East Timor’s status was subservient to good relations between Canberra and Jakarta.'

The claim is hokum and its triumphalism self-serving. Thanks to efforts by then shadow Foreign Minister, Laurie Brereton, and his policy adviser, Dr Philip Dorling, Labor policy had dramatically shifted on East Timor. Howard had little option but to follow Labor’s lead.

The policy, adopted by Labor caucus on May 26, called for a 'process of negotiation through which the people of East Timor can exercise their right to self-determination.' It also called for the reduction of troop numbers and the release of Xanana Gusmao and other East Timorese resistance fighters.

As Laurie Oakes wrote in the above column ten years earlier:

'...with bipartisanship shattered, the old crawl-to-Jakarta policy being followed by Howard was no longer sustainable.'

Laurie Brereton’s role in forcing Howard’s hand was also taken up by Michelle Grattan in an article on June 6, 2004 entitled ‘King maker bows out’, following Brereton’s retirement from Government. 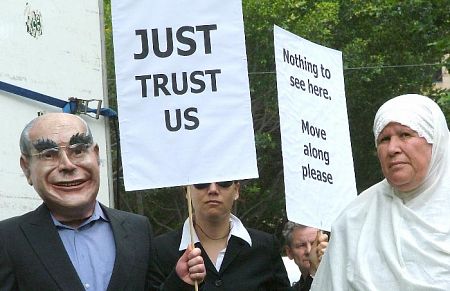 Like sleeping dogs, history may show that Abbott’s campaign on trust might be better served had Lazarus been left lying in his tomb.

The maxim that the bigger the lie, the more it will be believed won’t withstand today’s digital information highway. Social media will play a big part in the Federal election campaign. Howard’s track record on lies is tailor-made for the Twittersphere. Labor campaign strategists faced with a history of ‘own goals’ may just have been handed a free kick.

(Don't miss ABC Four Corners next week on the 10th anniversary of the invasion of Iraq as it investigates the complicity of the Howard government in using the WMD lie to the Australian people as its reason to support Bush's war on Iraq. You can follow Sandi Keane on Twitter @Jarrapin.)