If trust equals political currency, the Coalition is broke

The only way to end the rorts and deceit damaging Australia's fragile political trust is to demand better, whether voting, volunteering or donating to a political cause, writes Joey B Brown.

TRUST IS the lifeblood of a functioning democracy. In fact, trust may be the lifeblood of any governing system. Trust is the central currency facilitating the exchange of human interactions comprising our socio-political systems.

On 6 January this year,  the U.S. Capitol was subjected to insurrection by thousands of disillusioned Trump supporters. There, we saw what can happen when a proportion of the population, devoid of trust in their political system but for one man, have their anger channelled towards violent means. They were angry because they did not believe Joe Biden was the rightful winner of the 2020 Presidential Election. They did not believe their nation’s democratic pillars were operating.

Many, far more credentialled, authors concur: politics in the U.S. is poisonously divided.

Identification with a group precedes one’s own faculty for contemplation of issues, breeding two separate camps fuelled more by a negative disdain for the other, rather than by a positive vision of what the world could be. The emergence of such a broken body-politic in the U.S. is not new — it has been brewing for decades.

In the past, however, despite the deepening division between the two camps, mutual trust in the nation’s fundamental legal and political institutions remained. This appears to have begun a terminal decline mid-way through George W. Bush’s presidency.

At present, Pew Research data shows trust in politics near historic lows in the U.S. Looking at the data over the past six decades, political trust fluctuates. But largely from 2010 onwards, it has stagnated at record lows.

At no other point – post-World War II – has trust not only been so low but for such an extended period of time. Like a piece of string jolted in opposite directions, its centre growing thinner with each yank, that fine, marginal foundational trust eventually gave way — the final yank’s strength residing in the symphony of faux grievance conducted by the 45th President.

The product of this breakdown in trust was quite literally the closest the United States has ever come to extinguishing democracy.

To be crystal clear: This is not to say that what we saw in the U.S. Capitol is even remotely likely to repeat itself here. This would be a simplistic argument ignorant of the gaping differences between the political systems in both countries. Rather, the events of that day highlight the importance of trust to the functioning of political systems and what can happen when that trust is violated.

This example highlights the fundamental role trust plays in a system of government. Trust is not legislated. Trust is not codified. Trust is an ephemeral concept, residing in the hearts and minds of each and every individual.

Trust must be cultivated through clear demonstrations of acting in another’s best interests, acting dependably and honestly. This is not novel information. All individuals who partake in interpersonal relationships know how to cultivate trust. Of course, this does not necessitate all individuals will model such behaviour to build trust in their interpersonal relationships.

Instances of where the latter appears to be the case in Australia’s political landscape are in high supply. In COVID-mania, an already frenzied media landscape has found a new level of euphoria, with stories that would rightfully command the airwaves in normal times relegated, making way for daily premier and prime-ministerial press conferences about the latest case numbers, vaccination roll-out plans, or restriction updates. This is not a criticism. People are rightfully concerned and should not be blamed for seeking information to reduce the uncertainty in their lives. 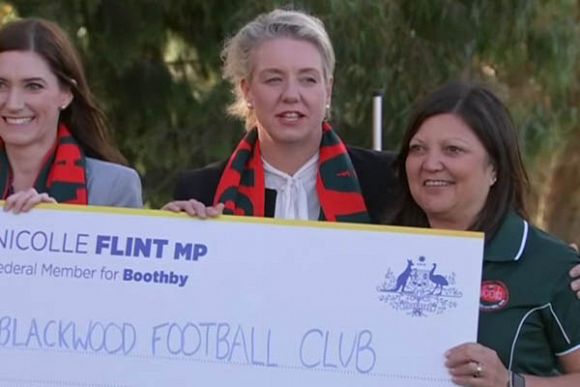 As Scott Morrison continues to deal with the bushfire crisis, the extent of Senator Bridget McKenzie's pork-barrelling has been exposed.

In the past month, we’ve seen:

These incidences, occurring so closely, highlight a political class of people so utterly shameless, they have no longer decided to hide their dishonesty. The assembly line of rorts and deceit sows the seeds of the crisis of political trust currently afflicting us.

Lead researcher at the College of Arts and Social Sciences at ANU Professor Ian McAllister said:

'I've been studying elections for 40 years and never have I seen such poor returns for public trust in and satisfaction with democratic institutions.'

It is this dearth of trust that breeds the disengagement that empowers those in authority to act in such a brazenly dishonest manner. As disengagement and distrust rise, so too does the risk appetite of the political beneficiary. But what is the outcome? In the U.S., we saw that country’s very political system almost cave in. 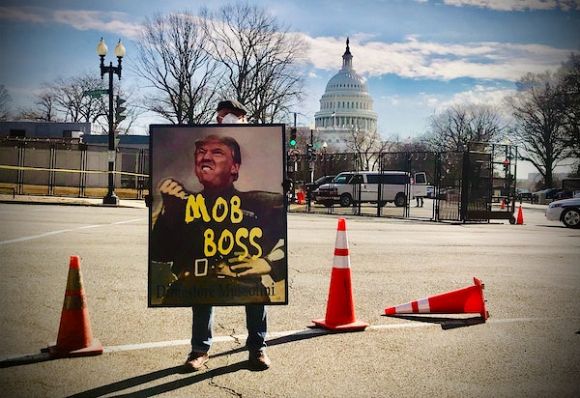 As Republicans refuse to investigate the Capitol attack and continue to embrace Trump, America remains at high risk of further political violence.

In Australia, our version of such a breakdown in political trust does not have to conclude with a storming of Parliament. In fact, it does not have to conclude with any individual event. Perhaps a more insidious product of the trust breakdown is the gradual, slow erosion of our base expectations and our paralytic inaction, frozen still by communal political apathy. It has already begun.

Australian society is disengaged in the political process — this disengagement is anchored in low expectations. This is the concern. When we expect nothing and receive nothing, we are no longer disappointed. We become passive. Politics happens to us. We are incrementally ground down, our defence nullified.

Alternatively, by engaging more with the political process, we flip to an active mode, whereby the process is shaped by how society wishes to shape it.

In his book What Is to Be Done: Political Engagement and Saving the Planet, Barry Jones argues that citizens need to 'engage, engage, engage'. His version of engagement is focused on wrestling back control of weakened political parties currently in the thralls of careerist politicians detached from representing the public. Others propose ditching the major parties entirely, focusing on improving the political process through supporting independents: as seen by networks like IndependentsCAN and those using kitchen table conversations (KTC’s).

Regardless of the approach, the central thrust is that if we want better, we must demand better. Demanding better comes in the form of actions, whether it is exercising a vote, donating to a political cause, or volunteering. These are the antidotes to the apathy that one fears has already seeped into the collective, mainstream Australian political conscience.

Can the decline in political engagement be arrested or reversed? Evidence suggests that there is an appetite for political action — if it is channelled and marketed the right way. The success of progressive political activist groups like GetUp! and petition website Change.org are testament to this.

That is our challenge as individuals within society; to shift from the passive to the active. To engage with the processes available to us and make our own individual contribution towards the development of a forward-looking, ambitious Australia — one that fulfils its limitless potential for the many and not just for the few.

If trust equals political currency, the Coalition is broke