Democracy appears to be on the brink of collapse in America, right now, writes George Grundy.

The prospects for freedom have not always looked so grim. Democratic change swept across the world from the mid-1970s to around 2000. From Eastern Europe, sub-Saharan Africa to Latin America, authoritarians and dictators fell and were replaced by nascent democracies, in what political scientist Samuel Huntingdon called "the third wave" of modern global democratisation.

What a contrast to the picture today.

Since the Arab Spring provided a brief moment of hope, the cause of freedom has been steadily set back by the rise of anti-democratic authoritarians on nearly every continent. As America approaches its moment of truth this November, COVID-19 appears to have created a perfect storm for the accelerated rise of illiberalism.

Consider the following frightening examples from around the world.

In Poland, President Andrzej Duda has deployed a secret police force to quell popular protest on the streets of Warsaw. Agents in uniform without badges or identification have snatched peacefully protesting citizens off the streets and bundled them into unmarked cars, detaining people without charge.

In Turkey, rampant political corruption has funnelled tens of millions of dollars into the personal interests of President Recep Erdoğan as key government institutions are undermined and filled with loyalists to the president, in what amounts to a slow-moving coup against democracy.

As the election approaches in the Philippines, President Rodrigo Duterte has announced he will deploy around 50,000 election "poll watchers" recruited by the ruling party — a move widely viewed as an attempt to intimidate marginalised voter groups and to sway the election in the incumbent’s favour. 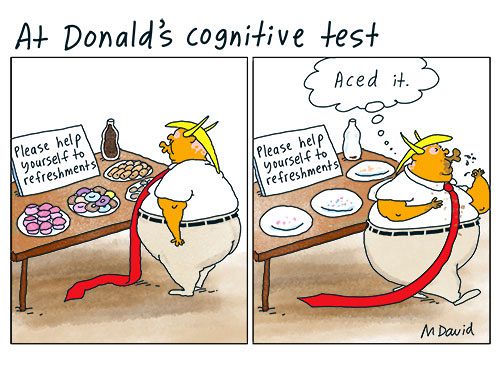 Trump is attempting to sow doubt and division among U.S. voters in a last-ditch campaign to regain control of the political narrative.

In Zimbabwe, with the economy in tatters and contracting at a staggering annualised rate of 32.9 per cent, President Emmerson Mnangagwa has refused to take action to safeguard the millions of people facing poverty. One in five Zimbabweans is now at risk of being evicted by the end of September.

And in Hungary, Prime Minister Viktor Orbán has poured scorn on the nation’s upcoming election, calling the entire process corrupt, suggesting the election be postponed and refusing to say he will accept the results.

Perhaps by now, you have seen through this ruse. Although authoritarianism is indeed on the rise around the world, these particular examples are not taking place in the countries attributed to them. They are happening in America. All of them. Right now.

It’s the Trump Administration that has deployed secret police forces to the nation’s streets, bundling peaceful protesters into unmarked cars and detaining people without charge. It is Trump who continues to claim amazing success in the COVID-19 pandemic, despite America leading the world in new infections and deaths. Trump is the one who has funnelled millions into his own businesses and filled his Government with unqualified loyalists prepared to do anything the President wishes.

It’s the Republican Party that has recruited 50,000 election poll watchers, to prevent a wave of voter fraud that the President’s own commission found does not exist. It is America whose GDP is in free-fall and America where up to 23 million families face eviction as early as next month. And it is Trump who has suggested delaying the election, called the process "rigged" and refused to say that he will accept the results.

With Universal Mail-In Voting (not Absentee Voting, which is good), 2020 will be the most INACCURATE & FRAUDULENT Election in history. It will be a great embarrassment to the USA. Delay the Election until people can properly, securely and safely vote???

When these matters happen in distant lands, we often shake our head at what seems incomprehensibly open corruption and political belligerence. Yet this is happening all at the same time, in the nation whose democracy has led the free world for over a century. When viewed in totality, it is clear that America’s democracy is on the brink of collapse and that this November the U.S. faces its most dangerous moment since the Civil War.

In June, the Transition Integrity Project – a bipartisan group of over a hundred political veterans and experts – held "war games" to consider several possible scenarios for November’s election. The group’s assessment determined a 'high degree of likelihood’ that the election will result in legal and political chaos — almost certainly causing widespread protest and bloodshed in the streets.

Trump is doing everything within his power to muddy the waters, pour scorn on the process and deprive voters of their franchise in a naked attempt to retain power. It looks increasingly unlikely that a free and fair election will take place — or that it will produce a result clear enough to be accepted by all.

There is, perhaps, one actual real-world example that portends America’s near future.

In Belarus, President Alexander Lukashenko has just conducted an election almost universally derided as corrupt and fraudulent. Following the election, Lukashenko has used secret police to detain over 3,000 people without charge and taken measures like shutting down subway stations and the internet to quell widespread protests across the country.

Journalists have been arrested and riot police have used tear gas, rubber bullets and stun grenades to beat back demonstrators, as the government violently attempts to retain power in the face of the nationwide revolt.

With so many bad outcomes possible in these troubled times, this may be America’s fate.