How Abbott lied, trashed protocol and offended everyone — including the Queen

Prime Minister Tony Abbott trashed vice-regal protocol in the last moments of the term of Quentin Bryce as Governor General, at the same time as causing grave offence to the monarch.

After revealing earlier this month that PM Abbott misled the public over his decision to reinstate imperial honours, Independent Australia can now reveal that the now Dame Quentin Bryce heard of her elevation from ABC radio news.

Sources close to Abbott have told IA that the Prime Minister was “concerned” she would not accept the honour if she knew of his plans.

Mr Abbott, a confirmed monarchist, tore up the rule book and, in two fell swoops, not only insulted Governor General Bryce but also Queen Elizabeth — who was left out of the loop until the very last moment.

Dame Quentin, Australia’s most successful and arguably the most loved Governor General was delivered the ultimate insult by Abbott, whose actions reeked of misogyny.

If Abbott had followed tradition, he would have advised the Queen to dub the then Ms Bryce a Dame in the Order of Australia. Buckingham Palace would then have asked Ms Bryce if she would accept the honour.

But Abbott heaped praise on “Dame” Quentin in his speech at her official farewell.

His unilateral decision to resurrect the archaic honours attracted disbelief and ridicule from most of his own Party across the broader community and even his mentor the former Prime Minister John Howard declared he would refuse such an honour if one were offered.

Traditionally, any Prime Minister can advise the Queen to bestow an Order of Australia and his or her advice is accepted. In the case of an honour for a Governor General, however, this protocol differs.

Had Abbott not side-swiped the then Ms Bryce, he would have called her and advised her that he had been in touch with the Palace who, of course, would have advised that the Queen would be “pleased” to confer the honour on her representative.

If Ms Bryce did not want the honour ‒ as we have been told she allegedly did not ‒ she could have informed Abbott accordingly at that stage.

And as we revealed earlier, Abbott claimed he had followed procedure and been in touch with London so “letters patent” – another archaic colonial hangover – could be issued.

Our own contacts in London emphatically denied the Prime Minister had made contact and, as the mess unravelled, the Palace and Abbott’s department moved into damage control.

Rather than being prepared with their customary care and attention to detail, the letters patent were allegedly hastily cobbled together and flown out at the last minute in a special despatch.

The monarch was, according to reliable sources, "not amused".

While all this was going on, the traditional place where all these events would normally be coordinated – the office of the Governor General – was getting all its information from the media.

In my own case, when I called the office for a comment, a bemused ‒ and, indeed, angry ‒ official suggested I would know more than he did.

Tony Abbott’s thought bubbles have the knack of getting him tied in knots.

His trip into yesterday in this case had damaged the government’s relations with Buckingham Palace and with Yarralumla.

As the situation stands, while ever Abbott is Prime Minister, General Sir Peter Cosgrove would be well advised to watch his p’s and q’s. Dame Quentin Bryce conducted her tenure with openness and included all Australians to make the journey with her.

Cosgrove, a distinguished warrior used to dealing with men and women of integrity, might find himself relegated to cutting ribbons and planting trees. What is certain is that every word he utters will need to be ticked off by Abbott’s office.

Not quite the role he probably envisaged.

“Well may we say God save the Queen, because nothing will save the Governor General.”

Barry Everingham is long-time commentator on royalty, including formerly being the “royal guru” for MSNBC, Extra! and Court TV. Dame Quentin Bryce was not interviewed for this story. 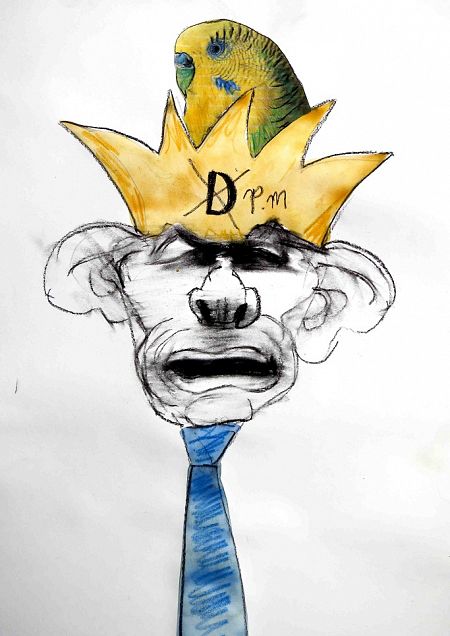