The Government's refusal to sign up to the global methane pledge is another example of how it's a laggard on climate change, writes Dr Graeme McLeay.

THE GLOBAL METHANE pledge which 104 countries have agreed to in Glasgow, including the European Union and the United States, aims to cut global methane caused by human activity by 30% this decade.

Methane is a major greenhouse gas responsible for a quarter of global heating. Global methane is now three times higher than in pre-industrial times and methane is 86 times more powerful as a greenhouse gas than carbon dioxide over a 20-year time frame.

Unlike carbon dioxide it decays over a decade, meaning reducing its level will quickly help slow the rate of climate change. Ruminants, including cows, are a known source of methane which is generated in their gut. Fossil methane from coal mining and the rapid expansion of the “natural gas” industry are major sources and have been underestimated, particularly for gas. 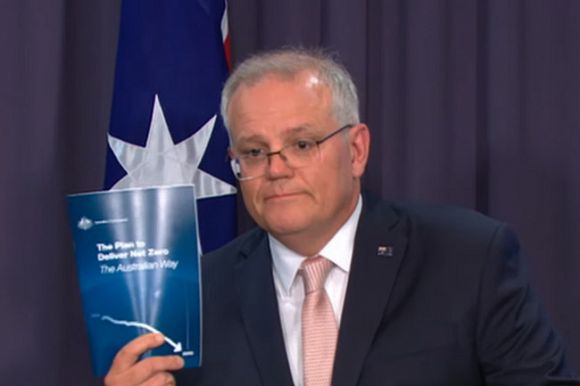 Australia has refused to sign onto the methane pledge. Barnaby Joyce, the acting prime minister while the PM was in Glasgow, said in Parliament that agreeing to the pledge would result in farmers having to shoot their cows. This is the sort of hysteria we have seen before with electric vehicles "stealing the weekend" and the lights going out with more wind and solar energy, and $100 dollar roasts.

Demand for meat is not driven by climate policies, but consumer choice. That choice has many drivers. Health experts advise us to eat less meat. Many, especially among the young, are choosing a vegetarian or vegan diet, itself a choice driven by multiple factors such as health concerns, animal welfare issues, fads, and, increasingly, the looming spectre of climate change and the desire to reduce their personal carbon footprint.

Australia’s population has grown by around 1.7 million since the Paris Agreement on climate. Although population growth has slowed temporarily with the pandemic, we are likely to reach 36 million by 2050. Even supposing we eat less meat, some choose to be vegetarian, or meat is grown in laboratories, the cattle industry is not about to go broke.

Meat & Livestock Australia (MLA) has a target of net zero carbon emissions by 2030, but the rhetoric from Deputy Prime Minister Joyce and Emissions Reduction Minister Angus Taylor is about culling cows which  MLA does not recommend.

Many farmers and graziers have a strong connection to the land. They are diversifying, restoring vegetation, adapting to climate change, improving their land and in some cases reducing the size of their herds to improve soils. They will benefit from a low carbon economy.

In a heating climate, the idea that more and more land can be cleared for grazing is madness. The next big drought may see a further retreat from marginal cropping and grazing land, and farmers know that more global heating will make them vulnerable. If warming continues unabated many farms will become unviable.

The problem with Joyce’s cow hysteria is that it distracts us from the other methane problem, which is the so-called gas-led recovery and its contribution to methane levels. Estimates of escaped or “fugitive” methane from the extraction, transport, and use of gas have been consistently under-estimated and based on scant data and under reporting.

The gas industry is expanding pell-mell in Australia, not because of a domestic shortage but in search of profits in supplying the export market, a market with a limited future given pledges by South Korea and Japan to steeply reduce their own emissions.

It is not impacts on cows or their owners which are bothering the Government. The gas industry donated $826,000 to the major parties in financial year 2018/19. For this, the industry was richly rewarded with millions flowing back to gas developments across the continent.

The controversial Beetaloo Basin gas development alone has been promised $50 million to get it started drilling around 800 wells, a proposal opposed by the traditional owners. Grants to exploration gas companies in South Australia under the plan for accelerating exploration gas grant program (PACE) total $47.78 million. There are many more such examples.

So much for technology, not taxes. 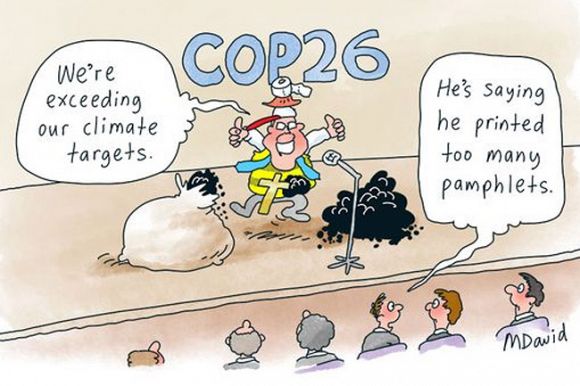 A glaring omission from media releases and political statements relevant to the Glasgow COP 26 meeting is biodiversity loss.

According to the United Nations Environment Programme, a global methane pledge to cut methane emissions by 45% this decade would avoid 0.3 degrees of global warming by the 2040s, preventing the world from entering the danger of more than two degrees. It would also prevent an extra 255,000 deaths, 755 thousand asthma admissions, 73 billion hours of lost labour and 26 million tonnes of crop losses globally.

The Prime Minister has returned to Australia while the Emissions Reduction Minister stays on in Glasgow to try and persuade the rest of the world that Australia’s growing emissions from fossil gas don’t really matter because we are going to send them underground in carbon capture and storage, a technology which has failed thus far.

It won’t wash in Glasgow.