EPA Clean Air to end coal in the US

Last week, in a milestone announcement that  went largely unreported in Australia, the US Court of Appeals upheld the EPA’s right to regulate greenhouse emissions under the Clean Air Act. Today is the 4th July and Independent Australia believes this decision is cause to celebrate. Environment editor Sandi Keane reports. 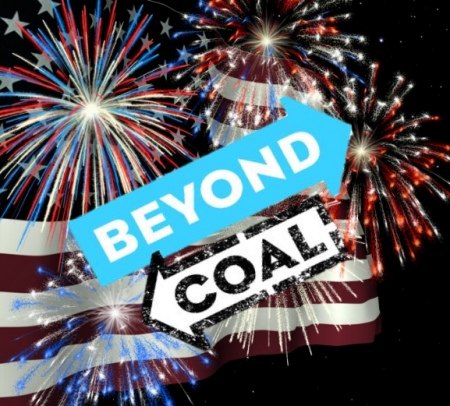 IS AUSTRALIA a leader or a laggard in the climate action stakes?

Both the government and the Coalition have committed to a 5 per cent reduction in greenhouse emissions by 2020.  But the United States has pledged a much more responsible cut of 17 per cent by 2020, in spite of Obama being forced by the Republicans to shelve his ‘cap and trade’ scheme.

Because the Environment Protection Agency and Clean Air Act (ironically both introduced by Republican Presidents) will do most of the heavy lifting.

Unlike Australia’s state-run, toothless, EPAs, the US EPA has real teeth. It has just taken a huge bite out of the future profits of coal-fired energy producers and other CO2 emitters in the United States thanks to last week’s decision in the US Court of Appeals.

Under the Clean Air Act, carbon emissions are limited to 1,000 pounds of CO2 per MW hour of power produced. This means that only natural gas power plants can meet this standard. New coal-fired power stations emit nearly twice this amount. The only way a new coal-fired power station can now be built in the United States is with the expensive and still technically unproven carbon capture and storage.

Forward thinking energy companies – such as Exelon and NextEra, which had moved to natural gas – look set for big gains, whilst those who generated most of their energy from coal will be the losers.

The Australian Government’s carbon pricing mechanism on the big polluters is predicted to cost the average household $3.20 a week — less than the cost of a cappuccino. Most Australians are amply compensated through the “Household Assistance Package” and tax cuts. With a little effort, most of us can reduce energy costs (and bank the handout) by following these practical energy-saving tips.

Over thirty countries around the world have introduced a price on carbon since 2005. Others, like the USA, have regulatory authorities which are helping bring about a clean energy revolution.

Rather than being a leader, as claimed by the Coalition, Australia is a laggard.

The current status quo is that both major parties have committed to an ‘unconditional’ 5 per cent reduction in greenhouse gas emissions (GHGs) by 2020.  This is far lower than the 25 to 40 per cent target range flagged in Bali in 2008. The Gillard Government has agreed to the lower 25 per cent only on condition of a global agreement for 450 ppm (parts per million) CO2 equivalent or lower.

These targets owe more to vested interests, focus groups and bureaucratic inertia than political resolve.  Global emissions jumped by 5.9 percent in 2010 — the largest amount on record. By comparison with Australia, the United Kingdom has already cut its emissions by 23 per cent and aims to halve them by 2025; Germany by 22 per cent, with a target of minus 40 per cent below 1990 levels by 2020.

Australia now ranks seventh in a World Wildlife Fund report released in May this year of the world’s biggest polluters and consumers of natural resources — up one place since last year.

In the World Wildlife Fund’s 2012 Living Planet Report, if Australia’s carbon footprint were replicated world wide, we’d need nearly four planets to support us all.  The heartening news is that the body that manages Australia’s electricity grid, Australian Energy Market Operator, is predicting a fall in energy consumption, due mostly to the growth of solar rooftop panels and rising energy prices.

As WWF Australia’s Kellie Caught said, “this underscores the critical importance of staying the course on pricing carbon in the face of short-sighted resistance”.