Alexander Downer has been the special United Nations envoy to Cyprus since 2008 and achieved absolutely nothing. Senior correspondent Barry Everingham reports.

He was not only Australia's longest serving foreign minister – and at the same time the least effective – but he is also a gift that just keeps on giving.

Your correspondent recently met a leading member of Australia's Cypriot community and I ventured the man's opinion of Downer and the success or otherwise of his effort to bring the Cypriots and Turks together.

I wasn't prepared for the reaction.

My new found friend broke into peals of laughter at the mention of Downer's name and it took some time for him to regain  his composure.

When he did, he was very forthcoming.

"That bloke is an idiot," my informant said.

"And to make matters worse, he doesn't seem to realise the impossibility of the task he has been handed.

"It's akin to the Palestinian and Israeli situation. There is no solution," he said.

I hadn't been following the latest Downer foray into international waters, but my friend's reaction set me thinking.

My first  port of call on what turned out to be a fascinating journey took me to an old friend who has worked for the U.N. in New York for some time and is still in situ in a rather exalted professional level.

One telephone call was it all it took for the mystery to fall into place.

It seems our former foreign minister thought what he saw as his "talents" would be wasted in Adelaide and so he spent some time regaling various UN officials with requests for a highly paid tax free sinecure.

Never one to hold back, our golden boy even went as high as one of the four Under-Secretaries with cap in hand (I guess that was the same kind of cap worn by Billy Bunter, a character Paul Keating found to uncannily resemble Downer).

According to the Under Secretary, Downer gave the impression he was suffering from RDS – that is, Relevance Deprivation Syndrome – which was all very well, but the Under-Secretaries file was full of such applications from failed politicians and even a few ex-heads of state, whose qualifications far exceeded Downers limited resumé.

Now here comes the killer: when the upper echelons of U.N. need to, they go straight for the jugular and so, in this case, Downer received a masterful and brilliant come-uppance.

One of the senior U.N. diplomats charged with finding something to get Alexander off their backs – after all, they are busy people doing important jobs – experienced a Eureka moment.


"We'll give him the Cyprus/Turkey file! He'll be told he is the man for the job and of course he will never solve the unsolvable and we can all get on with our lives."

Of course, the man was correct. 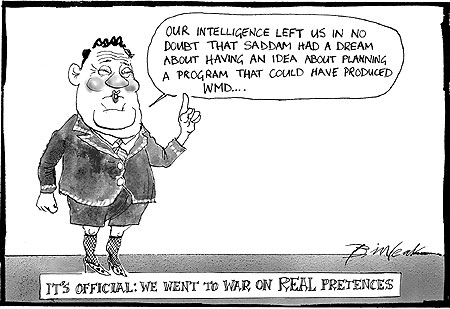 Downer shuttled back and forth achieving nothing but derision from the Greek and Turk Cypriots both of whom  knew of the impossibility of the task handed to Downer.

In fact, Downer may have been an actual impediment to any diplomatic progress, as reported in the Cypriot press in June:


'...Downer’s no-nonsense approach, famed use of profanities, and unusually undiplomatic inability to sugar-coat his thoughts may have started to irk those within the international community hoping to see peace talks kick-off this autumn.'

And it seems he has lost on all counts: his huge tax free salary is sitting in the Bank of Cyprus is unable to be accessed until some kind of fiscal magic is used to unlock whatever money the Bank holds.

It would be churlish to brand Downer a born loser but, like most things in his life, he can hardly be called a higher achiever.