We can now count the Australian builders who lost their lives following Coalition calls to deregulate that dangerous industry, as Alan Austin reports.

FROM 2014 TO 2021, under the recently-departed Coalition Government, 244 Australian builders lost their lives, many of them needlessly. Those responsible must be held to account.

The Liberal and National parties continue to condemn the Rudd Labor Government for its 2009 “Pink Batts” insulation program which independent authorities regard as one of the most inspired exercises in staving off a potential destructive recession. It saved countless lives and billions of dollars — while also safeguarding the planet.

That insulation scheme succeeded admirably in all its objectives but was curtailed before its scheduled completion. This was because of the maniacal attacks by the Coalition and the mainstream media over the deaths in 2009 and 2010 of four construction workers.

Although four fatalities are obviously tragic, total worker fatalities in those years actually declined. This was the result of an extraordinary effort on the part of the Rudd Government to mitigate the risks.

The table above shows fatalities for the last 17 years, measured relative to actual construction output.

Before 2005, construction deaths were high and considered inevitable. By the end of the Howard period, unions and others had succeeded in getting the fatality rate below 60 per $100 billion of construction activity — but only just.

That clear trend was reversed immediately after the Coalition came to office in 2013. Deaths surged dramatically in 2014 – up from 21 to 32 – despite activity contracting by nearly 11 per cent. Worse was to come. In 2015 and 2016, activity collapsed further but deaths rose.

The fall in construction deaths from 45 in 2007 down to just 36 in 2009, while building activity surged almost 22 per cent, did not slow the craven Coalition’s condemnation of Labor for the deaths of those four young men. They are still engaging in this tawdry campaign today, helped by the malicious mainstream media. The Pink Batts “scandal” has been reprised recently by John Howard, National Party Leader David Littleproud and, of course, Opposition Leader Peter Dutton.

What death rate is inevitable?

No workplace death is acceptable. All industries should aim at zero fatalities. But because construction is inherently dangerous worldwide, governments cannot be blamed for every loss.

The table and graph above show death rates in the last two Labor years and the first two Coalition years ranging between 13.6 and 28.9 and averaging 21.1. We can therefore fairly claim deaths above 21 per $100 billion activity should be regarded as preventable. This benchmark is shown as the dotted green line in the graph. 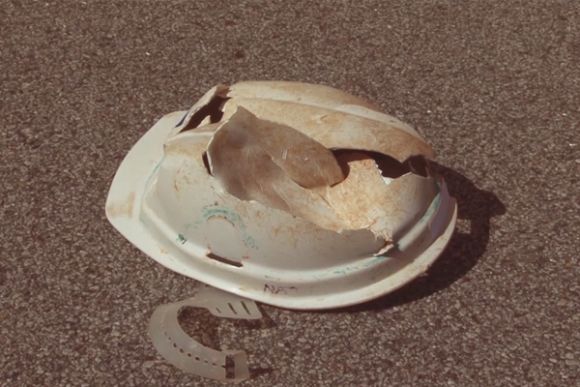 How many construction industry deaths is the Coalition responsible for causing? Alan Austin reports.

Labor was below this level in each of its last two years and trending lower. The Coalition exceeded it consistently. The Coalition’s total fatalities in excess of this benchmark come to 76. Compare that with the number of workers the Coalition continues to blame Labor for to this day — four.

On this measure alone, the Liberal and National parties deserve to remain in opposition until they eventually wither and die.

The Coalition parties are to blame in several respects. Firstly, they frequently and loudly told employers that they didn’t need to worry about burdensome regulations. They would not be seriously enforced.

Before winning the 2013 Election, Tony Abbott said many times that “Australia urgently needs more productive workplaces, less regulation” and “If we do get these regulations that are strangling businesses off, then we can have the strong economy all of us yearn for”.

We can close on a positive note by noting that Prime Minister Anthony Albanese has appointed to the portfolio a specialist who has had time to learn the ropes and appears committed to implementing reforms over the long term. Tony Burke started as Shadow Minister for Industrial Relations in June 2019. So he has already managed the portfolio for Labor for three and a half years.

Scott Morrison, in contrast, had three industrial relations ministers who served an average of one year and 73 days, none of them with competence or integrity.

Is it fair to say Labor is off to a constructive start? Let’s hope they build on that.