BETWEEN YOU AND ME: Mike Smith on politics and the media

In the very first 'Between You And Me' podcast, director of Inside PR and former Age editor, Mike Smith, shares his insights on politics, the media and more with senior editor Michelle Pini.

A WEEK is a long time in politics and the media cycle.

This past week has been another tumultuous one for the ABC, the Turnbull Government and Australian democracy.

According to ABC Friends, the public broadcaster is under relentless attack from the Government and the Murdoch media. ABC CEO Michelle Guthrie, while making all the right noises, does not seem to be achieving any headway in protecting the organisation from constant attack, with the Liberal Party flagging its possible sell-off to private interests, the latest in a series of difficult developments. National rallies of support have swiftly been organised by ABC Friends (with IA to attend the Melbourne rally this Sunday, 15 July).

Apart from attacking the ABC, seemingly at every turn, the Turnbull Government has also found time to push through its "urgent" and controversial new spy legislation. At the same time, an ASIS intelligence officer, known as Witness K, and his lawyer and former ACT Attorney-General Bernard Collaery are facing prosecution for exposing illegal Australian Government activity. The latest legislative changes will mean even greater penalties for anyone reporting illegal government activity.

What will these increased government security measures mean for Australian democracy? 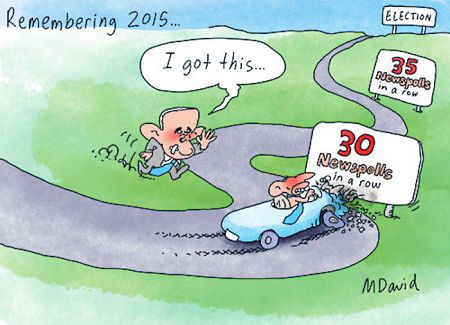 Prime Minister Malcolm Turnbull, meanwhile, may have been pleased to have the media cycle move on from his 35th Newspoll loss in a row, as well as increased sniping from the Abbott-led far-right faction within his party — which has continued to escalate. A distraction was provided when Opposition Leader Bill Shorten reportedly "backflipped" on tax cuts, leading to new speculation about a Labor Party leadership spill.

Listen to Michelle and Mike discuss these developments and more in the first episode of 'Between You And Me' here:

Mike Smith is a veteran of the media industry, having worked as editor of The Age during its "golden era", as a university journalism and media lecturer, as an author of five books and a spin doctor extraordinaire, with his own public relations consultancy. Mike also appears regularly on ABC News Breakfast.

Theme Song: 'I believe in Justice' by Rocky and the Two Bob Millionaires.