Are we now seeing the public service follow a similar path?

In his address to the Australian Business Economists (ABE) on Tuesday 18 May, Treasury Secretary Dr Steven Kennedy said:

“Australia’s economic recovery from the pandemic has been ... ahead of any major advanced economy as at the end of 2020.”

In fact, Australia is badly lagging behind many advanced nations on the critical indicators, as analyses of comparable economies have proven. 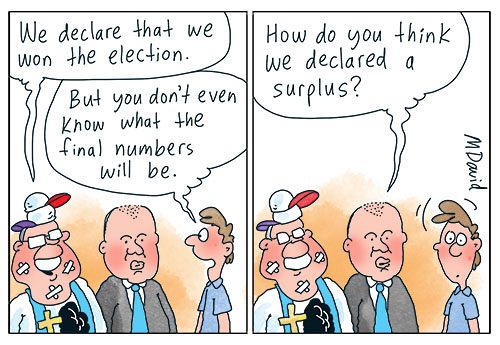 'Do you accept that South Korea, Japan, China, Taiwan, Denmark, Israel, Norway and New Zealand are major advanced economies comparable with Australia, and all had stronger or similar annual GDP growth and lower jobless rates at the end of 2020?'

'The Secretary’s ABE speech was rigorously checked beforehand and is based on the latest available data and Treasury’s most recent forecasts.'

'The labour market recovery has surpassed most analysts’ expectations. Employment and the participation rate are both at a record high ...'

A basic expectation is that Australia’s jobless should get back to ranking in the top eight in the OECD, as was the situation for the entire period from 2009 to 2013 and most of the preceding post-war decades. It is far from that now, ranking a lowly 14th in the OECD and 71st in the world.

If it was eighth, as at the 2013 Election, the jobless rate would be 4.5%. If it was fourth, as in December 2010 at the equivalent stage in recovery from the global financial crisis (GFC), the rate would be 3.6%.

This is a reasonable expectation given the extraordinary boom in export demand and surge in commodity prices over recent years.

'... there are still significant risks around the world, highlighted by ... the move back into recession in the Euro area.'

Europe is not returning to recession. The March quarter GDP numbers for the 23 European countries which have reported so far show annual GDP growth improved to average -1.78% of GDP, up from -3.66 in the December quarter.

'What is the basis for claiming there is a "move back into recession in the Euro area"? We now have March quarter GDP growth numbers for 23 European countries. Only Italy and the Netherlands are in technical recession.'

'The Secretary’s ABE speech was rigorously checked beforehand and is based on the latest available data and Treasury’s most recent forecasts.'

On the magnitude of the recession caused by the pandemic, Dr Kennedy said:

The evidence does not support this. The Global Financial Crisis (GFC) was much worse for most developed countries. Ireland, Luxembourg, Turkey, Taiwan and New Zealand each copped between four and nine consecutive quarters of negative annual GDP growth back then, but none or only one last year.

Several countries already have their jobless rates back at or below January 2020 levels, including Austria, Greece, Taiwan, South Korea, Mexico and Turkey. It took them many years to recover after the GFC. Austria and Greece still haven’t.

Yes, the 2020 shock was worse in Australia, Israel, Colombia and a few other countries than through the GFC. But that was largely due to poor economic management today and good decision-making back then.

'The persistence of the deficit reflects both the slow recovery of receipts and the significant portion of government spending which is of a fixed nature and thus remains higher as a proportion of GDP for longer. It also reflects the structural increases in spending ...'

This ignores the huge elephant leaning against Kennedy’s podium — that budget deficits for most of the period 2014 to 2019, pre-pandemic, were roughly equivalent to the quantum of corporate taxes not collected. 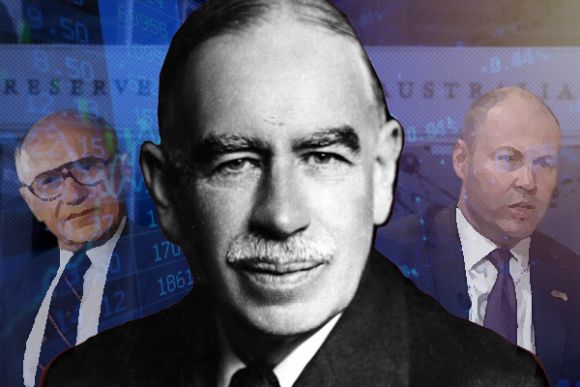 The world needs to adopt a modern form of Keynesian economics to overthrow neoliberal ideologies.

'Why do you ignore the severe decline in corporate taxation revenue relative to profits? Multiple analyses, including the ATO’s corporate tax transparency reports, confirm rampant tax evasion, particularly among the big foreign exporters.'

His spokesperson offered only the same reply above.

These are troubling given the Westminster principle of public service neutrality. Most of Dr Kennedy’s claims appear aimed at polishing the Morrison Government’s image by asserting that current policies are effective. They are not.

After the GFC, more than 100 independent economists and other authorities lauded Australia’s responses as the world’s best. No one suggests that today. The policies in place since 2013 have sent Australia’s economy tumbling down virtually all the global indices. No developed country has tumbled further.

Dr Kennedy’s assertions are already being used for partisan political purposes. It also now appears Treasury is the source of many of the Treasurer’s incorrect assertions. 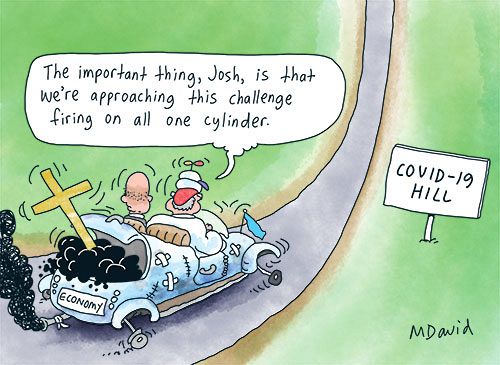 While Australia continues to float aimlessly without a clear recovery plan, no economic winds will be favourable.