If further clues were needed as to why AUKUS – the security pact comprising the United States, the United Kingdom, and Australia – was created, the latest announcement on weapons would have given the game away.  Australia, just as it became real estate to park British nuclear weapons experiments, is now looking promising as a site for hypersonic missile testing, development, and manufacture.

'... to commence new trilateral cooperation on hypersonics and counter-hypersonics, and electronic warfare capabilities, as well as to expand information sharing and to deepen cooperation on defence innovation.'

In February, efforts of officials from all three countries to, according to the ABC, scour Australia for sites best suited for the nascent nuclear-powered submarine program that seems all but pie in the sky. To date, the country has no infrastructure to speak of in this field, no skills that merit mention for the development of any such fleet, and a lack of clarity as to when the vessels might make it to sea. Nor is there any clear sign what model of submarine – UK or US – will be preferred.

Last October, the U.S. Chairman of the Joint Chiefs of Staff, General Mark Milley, did his bit to stir the pot of paranoia by suggesting that Beijing had gone ahead with their hypersonic capabilities.

He took particular interest in a test of a “hypersonic weapon system” described as a “very significant event” and one of deep concern.

Russia has also staked its claim to fame in the hypersonic race. The Russian military claims that its Avangard system, which entered into service in December 2019, is capable of flying 27 times faster than the speed of sound with dizzying manoeuvrability.

Last month, Moscow announced that its new Kinzhal (Dagger) hypersonic missile was used to target a Ukrainian fuel depot in Kostiantynivka near the Black Sea port of Mykolaiv.

Citizens have not been asked, let alone consulted, about this dotty plan to feed another arms race.  Democracy is treated as a cranky relative who only figures in passing. In a rather sleazy way, the hypersonic missile venture is being marketed to the Australian public as a wonderful opportunity to show independence, not subservience.

The Morrison Government, and various officials, are publicly very appreciative of the latest developments, showing empires past and present what it takes to be a real wallah.

Instead of feeling a sense of shame, there was merriment that Australia could be oh so useful to the power projects of others.

Hoping that no one would notice, an emphasis on danger has been made. Deputy Prime Minister Barnaby Joyce justifies the acceleration of the hypersonic weapons program by claiming that Australia faces an “existential threat” from them.  It would only take “about 14 minutes” for such devices to reach Australia, “so we have to make sure that we are right at the top of our game".

Presumably, this means doing everything to make Australia attractive, in an existentially doomed way, to other powers in the region. 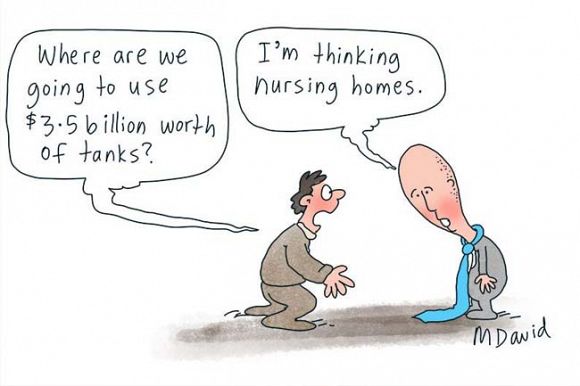 Australia's defence program has been mired by inferior military equipment and unwavering loyalty to the United States.

China’s UN ambassador Zhang Jun has already warned against the provocation of such military arrangements:

“As the Chinese saying goes: if you do not like it, do not impose it against others.”

The Morrison Government is trying to leave the impression that this will eventually realise the dream of self-sufficiency, a notion repeatedly fed by such think tanks as the Australian Strategic Policy Institute.

It describes this as:

The Prime Minister also sees such weapons as part of a broader Australia “strategic vision” dealing with long-range strike capabilities.

This is all an eye-poking contradiction in terms, given the role played by U.S. weapons-making giants. But Defence Minister Peter Dutton tries to be reassuring about Australia’s chances of being weaned off the teat of empire.

“We know we need to work closely with our partners to bolster our self-reliance and this is another major step in delivering that sovereign capability here in Australia.”

Minister Dutton eyes must be going starry at this point:

“This is an incredibly complex undertaking that will see this new manufacturing capability built from the ground up.”

Irritating references follow. To make the point that some genuine effort will be made by Australians, the Minister speaks of the hypersonic weapons venture as being “a whole-of-nation endeavour".

Unspecified “opportunities” for Australian companies and workers are mentioned across a number of areas: manufacturing, maintenance, infrastructure, research and development and test and evaluation.  Presumably, someone needs to make the tea and coffee.

As this idiotic, servile venture proceeds, Australian territory, sites and facilities will become ever more attractive for assault in the fulness of time. That may well be quite a way off and, judging by any military ventures in Australia of this kind, we can hope that this will be more a case of decades rather than years.