The Coalition will continue to devote taxpayer dollars to deny the science until they are voted out, or until climate change finally wins.

The “roadmap” is supposed to steer climate and energy policy firmly in the direction it was meant to go all along: a free ride for fossil fuel corporations and polluters of all shapes and sizes, led by unprecedented climate change policy cremation.

Given the lukewarm response to Taylor’s roadmap so far, presenting fossil fuels as the only answer has become more difficult to sell to the masses in recent times. Particularly since the country started to burn down before our very eyes.

But does this latest energy climate change statement even qualify as a “policy” at all?

Since the Coalition took power in 2013, not one energy policy, despite a plethora of taxpayer-funded studies, papers and inquiries on the subject, has made it too far past the media announcement. Remember Frydenberg’s NEG? The Direct Action Plan? What about any of the other 20 or so versions of climate change denial dressed up as energy policy? 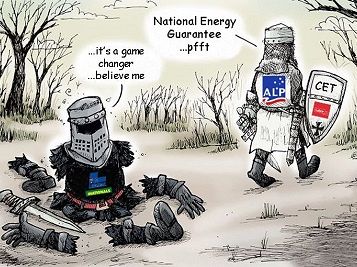 Coal is to Turnbull's new National Energy Guarantee what copper was to his lacklustre version of the National Broadband Network.

Most of us have forgotten because this Coalition Government goes through energy policies faster than copper wiring and this is primarily because there is only one overriding ethos: worshipping the God of Fossil Fuels.

The endless so-called “policy” announcements are merely fancy press releases designed to reiterate this ethos and provide some semblance of democratic process. And despite obligatory “reports” from ever-faithful mainstream media disciples, there is never any intention to follow through with any program that might hinder the omnipresence of the aforementioned god — or associated demi-gods of assorted corporations.

There can be not the slightest concession to mitigating climate change. Because this god is the one that keeps the Coalition in power.

But how did we arrive at this point?

With a penchant for nuclear options, a disdain for such things as international protocols and, after ten years of rejecting an emissions trading scheme, Liberal Prime Minister John Howard, elected in 1997, would likely have happily continued to ignore climate change.

However, after then-Opposition Leader Kevin Rudd dubbed it “the greatest moral challenge of our generation”, Howard was forced to announce he would investigate a carbon tax if his Government was re-elected in 2007.

Instead, Howard became only the second sitting prime minister to lose his seat in what was termed “the first climate change election”.

It was Labor Prime Minister Kevin Rudd who put the issue squarely on the negotiating table. Unfortunately, his carbon pollution reduction scheme was initially voted down in the Senate in August 2009.

Rudd reworked the legislation to achieve consensus but, surprise, surprise, industry groups led by the Minerals Council began a sustained campaign to eradicate it once and for all. At this point, then Opposition leader Malcolm Turnbull did urge the Coalition ministers to support the scheme. This is probably why he was replaced by Tony Abbott, who put a stop to any such talk of climate change, quick smart.

Rudd was forced to shelve the policy, given Abbott’s obstinate refusal to negotiate. But this move was not popular among Labor voters and Julia Gillard replaced Kevin Rudd as PM in 2010.

Gillard initially ruled out a carbon tax but resurrected the idea in 2011. By this stage, Abbott wanted it known he would take his climate change denial to the grave if necessary and vowed to repeal the tax if elected.

In 2011, despite Abbott’s regular hissy fits, the carbon tax passed the Senate, raising $3.8 billion in its first six months.

This was probably the tipping point for the Coalition’s major donors. A huge campaign was mounted and in 2013, with Rudd reinstated as PM, the carbon tax was again scrapped along with any thought of fresh air. 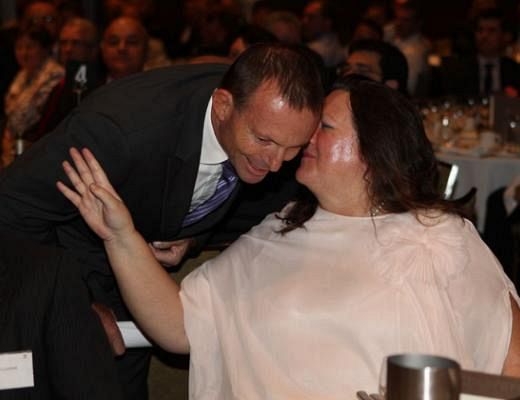 Gina Rinehart and the ascent of madness

The rise of radical conservatives, who control almost all the mainstream media and care little about facts, may just be sending the world crazy, says managing editor David Donovan.

BLOWING OFF WIND AND SUN

Which brings us to the current Coalition Government, elected in 2013 with Abbott at the helm, and glowing with the first of the aforementioned energy and climate change denying “policies”: the Direct Action Plan.

With the help of coal mining magnate Clive Palmer, Abbott set about repealing the carbon policy in 2014 and the current rot set in.

In 2016, Malcolm Turnbull – formerly a proponent of climate change policy – replaced Abbott as PM. Unfortunately, despite apparently losing his job twice over climate policy, Turnbull still managed to achieve zero on the issue. Today, Turnbull wants this known as his “biggest regret”.

“The Liberal Party has been held hostage by a toxic alliance in the party that oppose climate change, supported by their friends in the media.”

Well, we won’t disagree with that.

And now we have Scott Morrison, surpassing even Abbott’s climate-denying nonsense by shamelessly wielding a lump of coal in Parliament and ridiculing the science of climate change at every opportunity.

And so, as Angus Taylor proudly announced, there are no emissions reduction targets in the latest energy and climate roadmap gibberish because:

“Australia can’t and shouldn’t damage its economy to reduce emissions.”

You may notice the absence of “renewables”. These were apparently cremated along with most of Northern New South Wales and any pretence of climate change policy.

Support for small modular nuclear reactors is also back on the table — just in case anyone thought emerging "priority technologies” might mean anything remotely clean or green.

And Angus, on fire, so to speak, also explained how his Government plans to hijack climate change organisations in the pursuit of its endless denial:

“The roadmap will guide the deployment of the $18 billion that will be invested, including through the CEFC, ARENA, the Climate Solutions Fund and the CER...

On a brighter note, it’s possible that 130,000 of the current 1 million (approximately) jobless may still be alive to see those amazing jobs in ten years time!

And so, it’s all the way with gas and coal. And nuclear.

It turns out trying to manipulate science in your favour does not work, of course, but the Coalition and its major donors will continue to devote taxpayer dollars to the exercise until they are voted out, or until climate change finally wins — whichever comes first.

So today the federal government announced a gas-led recovery - against the advice of pretty much every expert in the country. Really not happy this shitfuckery is unfolding just as our Honest Government Ad laid it out in april - could you be a little less predictable Scott? pic.twitter.com/EN1LlPrN5E