What is Australia doing to protect our young people during COVID-19?

We’ve heard Prime Minister Scott Morrison reiterate time and time again that schools are safe. He’s held the position even when schools were shut down that they needed to be open.

We have since seen numerous schools needing to be closed because of the virus getting into schools. But the National Cabinet under Morrison's Government has never entertained the idea that schools should again go into lockdown, except for Victorian schools. So why are we risking their lives? Is it under the false pretence that parents need to be out working and schools are, in this Government's eyes, childminding services? It certainly has the feel of it.

Where is the critical health science evidence proving the safety of children to the threat of this worldwide pandemic? 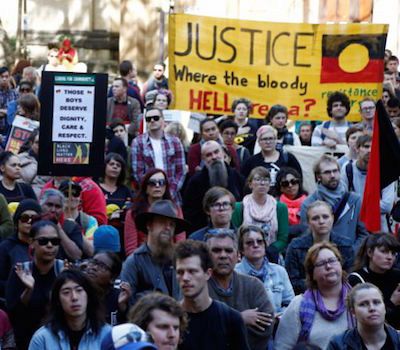 Aboriginal and Torres Strait Islander children are sentenced and incarcerated at the world's highest rate ahead of the mother of all gaolers – the USA – and in WA at 56 times the rate of non-Aboriginal children, writes Gerry Georgatos.

We have also seen the recent outbreak in Queensland at Brisbane Youth Detention Centre in Wacol, where six people from the facility have been infected with COVID-19. Although Premier Annastacia Palaszczuk has announced the infections from the facility, there’s been no word on what the State will be doing to protect those young people that are currently incarcerated in Wacol.

Are their lives not important enough for there to be an update? Families and community have a right to know, given the large taxpayer contribution to the detention of these children. An alternative to youth detention must be a priority out of this pandemic. To develop a more realistic, respectful approach to providing care and responsibility to young lives that need nurture not punishment.

Again, it seems adults are taking young people for granted. The lessons from the pandemic have to go beyond just health science. The nation, the planet needs a complete overhaul of its priorities. A systematic change in dealing with the needs of young people who are brought before the justice system is essential.

How long can nations with strong punitive measure maintain the expensive, taxpayer-funded jailing of their young people? The economic costs are unsustainable. The social costs only mount from the damage of tagging young people as criminals, who are then locked out of work opportunities and regularly targeted by law enforcement agencies. The many costs to the economy, communities and lives must be examined.

As of 30 June 2019, there were 949 young people in youth detention facilities in Australia. Aboriginal and Torres Strait Islander children and young people made up 53 per cent of all detainees. Imagine a population of 3 per cent of a nation being incarcerated at these rates.

If it were white children and young people, governments would fall, families would be protesting on the streets, the media would be banging on ministers' doorsteps. 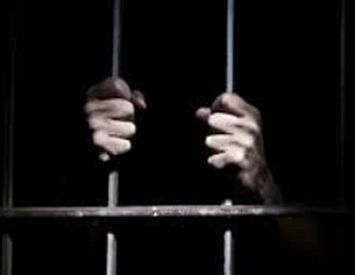 Ideally, there should be mandatory studies for all incarcerations, especially for the nation's children and young people. Governments should be held to account for every child under 18 years of age that gets sentenced to prison. Magistrates and judges should be quizzed by independent bodies on every child placed in detention. They must prove beyond doubt that this was necessary. Only a small number of crimes should lead to children being placed in cells for any period of time.

Governments should legislate for custodial sentences to be avoided or minimal for young people and there should be more for the funding of mandatory programs to socially equip young children, to deliver education, not punishment.

Governments, communities and families should be embracing our children when they need us the most, not beating them with a stick for their errors. They are children first: they are immature and prone to mistakes. We should be adult enough to instil honesty in the systematic failures of their education rather than sending them away, hiding them from view and holding their mistakes to their responsibility alone.

It's time Australia accepted the truth-telling of its supposed western ideals and democracy. It isn’t the hallowed turf of humanity that many claim it to be.

How do we change a broken system? 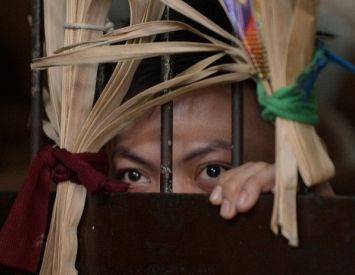 'Ineffective': Age of criminal responsibility must be increased

The age of criminal responsibility must be increased, says Youssef Saudie.

Community and society must make this change, demanding the complete overhaul of justice. A good start would be to stop spending vast sums of money on locking children up and giving those funds to private contractors who are making profits not caring for our children and young people. This avoids accountability and is tantamount to child abuse.

Society and community must accept responsibility for its failures to demand better from successive governments from all political persuasions.

A holistic education system isn’t about delivering lessons in a classroom. It's about embracing everyone, acknowledging that everyone learns differently. We must also educate our children on being a family, a community, a society. This will teach them far more than needing to get bigger and better marks than the young person sitting next to them.

We must fight for our children’s lives by actually respecting them as children and not just make them accountable for the failures of adults to embrace their true needs. We must act like adults and demand change, that children get their lives back and stop locking them away for their failures.

Paul Dutton is a Barkindji man from far-western NSW and part of the Stolen Generation. He is an Independent Australia columnist and works as an Indigenous engagement consultant. You can follow Paul on Twitter @pauldutton1968.

23 November 2020, 11:00am Acknowledgement of Country should be delivered from the heart and not a meaningless ...

26 August 2020, 4:30pm What is Australia doing to protect our young people during COVID-19?
Join the conversation
comments powered by Disqus
News updates