On 13 February 2008, then-Prime Minister Kevin Rudd made the first federal government apology for the acts and behaviours of successive governments.

The Apology reflected on past mistreatments of all Aboriginal people, the Stolen Generations and the specific laws and policies making basic life and existence of Aboriginal people extremely difficult.

It was an apology for the traumas to endless generations of Aboriginal families and children to be specifically targeted for their removal and separations; the trauma held within Aboriginal mothers who carried the burden of their lost children into a world which did everything in its considerable power to attempt to stop an entire culture from existing on their own lands. 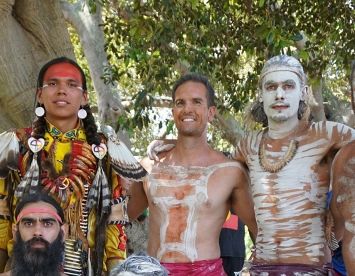 Given the historical injustices meted out against Indigenous peoples around the world, reparations have to be considered to make amends.

From speaking our own languages, for walking on our Country, for being a slightly different colour from one another, from participating in the education system, colonial Australia bought to these lands under the guise of removing their version of criminals from their own country.

The Apology was an attempt to start a different dialogue between all Aboriginal people and the Government which is meant to represent all Australian people. But clearly, it did its utmost to exclude and identify Aboriginal people, culture and life as a negative, a reason to monitor them and then formally criminalise and remove individuals under the false pretence of “care and protection.”

I read those words some 13 years later, thinking about those individuals that were in Parliament on that day. Instead of standing by their hate and ignorance and formally reject the Apology in front of Australians and the world, they chose to run from the House of Representatives, like cowards, just before it was delivered at 9 am on that fateful day.

The House of Representatives viewing platform was full of Aboriginal and Torres Strait Islander people from around the country. They sat immersed in the deeply emotional meaning of those proceedings.

Spectators within the Parliament and around the nation, sitting in lounge rooms and listening on devices, could feel the significance of the words and events unfolding. 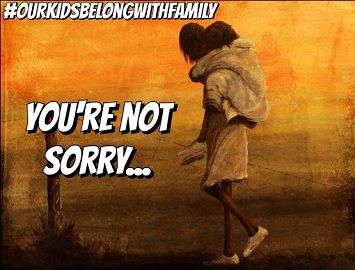 Nine years after the Apology: We said sorry ... but are we really?

Nine years after acknowledging ills of the past, the fight is continuing for Indigenous Australians, writes Adrian Arndt.

It felt like the fog of denial and ignorance of colonialism was shifting far out beyond the realms of our every day lives.

It felt that maybe we were going to receive respect, love, our own voice, our own chance to land, lore, culture, language and participation as our Elders did way back when the interlopers first come ashore.

They behaved completely differently to the many others who had respectfully come ashore to these lands further back in time. Those travellers respected the occupants in each part of the country they visited, shared and traded.

From there we arrive, thirteen years to which the nation seems to have regressed to the cloak and dagger behaviours of the colonial past. Ministers and prime ministers go about their business without adequately considering the consequences of their actions and plans which rarely seem to encapsulate respect or opportunity for Aboriginal people and their communities.

This is, of course, unless you are willing to vociferously include yourself as a minion of the “Liberal” way of governing, which seems way off what liberalism should stand for.

Where have we come and where are we going? How are the economies, locally, regionally, state or federally, going to improve if the Government is going to ignore the honesty of the Apology to continually attempt to reign over Aboriginal people instead of accepting who we are within these lands? They must accept that we will not go away and our participation in the microeconomics through to national economics is the only way to proceed. 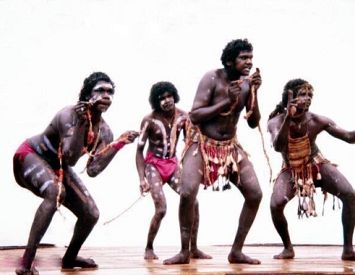 The "cost of living" for everyone is magnified by all governments ignoring our rights, by locking us up for minimal crimes, removing our children for years, for isolating them and making them suffer.

Who pays for these laws and policies? We all do. It's costing us a bright future and opportunity to improve all our lives through freeing up taxpayer dollars under the false pretence of teaching Aboriginal people a lesson.

How many billions of taxpayer dollars does the Government waste keeping the lie alive? How many articles do colonial apologists write protecting the lies of governments and how many individuals happily continue supporting the lie that ultimately is costing everyone an opportunity to participate in our own advancement as a society?

Who will make change? A political party? A coalition of political parties? Corporations? A benefactor or a philanthropist? Maybe the collective community demand for equality for all is the only way forward? The most obvious model within the western world has actually reached its failed expiration date and like the Berlin Wall needs to be pulled a part one brick at a time by communities across Australia.

Until we end misogynistic government, operated mostly by older white males, I can’t see how a future worthy of the Apology from 13 February 2008 will become the reality of a truly connected nation of people from all over the world working, living and engaging with one another, as a nation should.

Paul Dutton is a Barkindji man from far-western NSW and part of the Stolen Generation. He is an Independent Australia columnist and works as an Indigenous engagement consultant. You can follow Paul on Twitter @pauldutton1968.

23 November 2020, 11:00am Acknowledgement of Country should be delivered from the heart and not a meaningless ...

26 August 2020, 4:30pm What is Australia doing to protect our young people during COVID-19?
Join the conversation
comments powered by Disqus
News updates