Environmental issues caused the death of Vanessa Goodwin and the Tasmanian Government is trying to hide the truth, says Poppy Lopatniuk.

On 12 March 2018, an email I had sent to Premier Will Hodgman was published in Tasmanian Times.

The subject was relating to the death of Vanessa Goodwin, our late Attorney General from a terminal brain tumour. I asked the Premier for the reason why there was no mention of her death being associated with the high mortality rate stemming from the epidemic of brain tumour, rare cancers, immune and other diseases that killed so many people who lived mainly in the two small streets of Wentworth Park in Howrah.

Vanessa had intimated to me on several occasions her worry for her own health from having lived in that area.

A response to the email I sent to the Premier was received, saying they would respond — I noted that my email had been filed:

I tried to alert them of this error on two occasions.

I had also sent an open email to a journalist via the editor of The Mercury regarding the fact of Vanessa Goodwin’s death in the close proximity to the brain cancer cluster at Wentworth Park.

There has been no further response from the Premier’s office or from The Mercury. 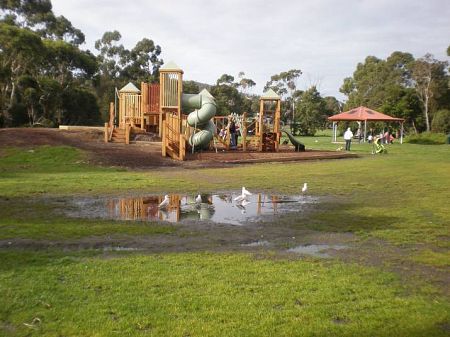 My son was diagnosed with acute myeloid leukaemia when he was nine years old, gained remission at 14, but leukaemia returned 15 years later. When he fronted up the Royal Hobart Hospital when leukaemia returned we were told by a very concerned and apologetic senior health official that all his previous medical records had been shredded. About this time he was found to also have a brain tumour.

My grandson was diagnosed with a million-to-one brain tumour, craniopharyngioma, at five years of age. He had little help from doctors as his illness was too complex for them to deal with. He died at 21 years of age.

So very many of our neighbours, adults and children, have died of these horrific cancers and environmentally caused diseases and many are left suffering lifelong illnesses. Many who moved away from the area, whom we were able to locate, had died likewise. During the investigation (mentioned below) it was very evident that my phone was being tapped and it was during this time that my son died.

I have spent close to 20 years attempting to get help from government authorities, Cancer Registry and relevant local and state records. We were unable to access anything and what information I had from living in the area I had passed on to the Health Department.

Both past directors of Public Health, supposedly custodians of our public health, showed great lack of duty of care, brushed aside all my concerns, asked no questions and placed every obstacle in my path to cause confusion. 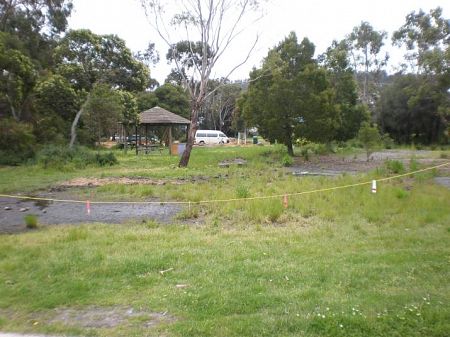 I and most people in my situation would not be after compensation, but try to see that these deaths and the sufferings caused to family members, close friends and neighbours to whom we had lived close for many years, would not be in vain and to see that every avenue of the cause of these illnesses would be investigated. And that this disgraceful disregard of health – as has been shown by the Tasmanian Health Department – does affect our grandchildren and future generations.

I have been in touch with nearly every politician in Hobart in past years about this issue; why is it left to the traumatised family members who have been impacted by these illnesses to have to raise these questions and fight the power of top government officials who can cover up their mistakes so easily?

A small domestic landfill was in operation in during mid-1960 to early 1970, sanctioned by State Heath authorities. There was heated opposition from local residents about the siting of this tipsite as 20 backyards of homes bordered the tip area.

The chairman of the Clarence Commission stated that there would be no menace to health and the tipping would be strictly controlled. 20 years later, in 2002, Andrew Ezzy’s Mineral Resources Report stated that the tip had been an uncontrolled site from the very beginning. No monitoring had ever been done. 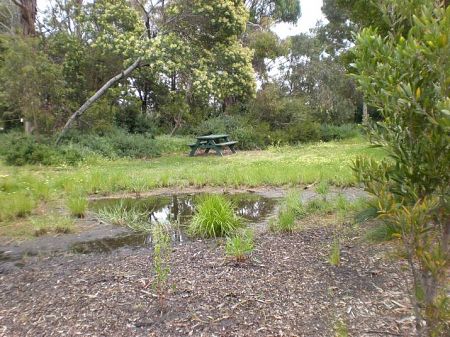 In the Landfill Sustainability Guide put out by the Department of Primary Industries in 2004, landfills must not be located in permanent swampy terrains.

We have the very eminent institute, the Menzies Centre, with huge buildings for research. They had prominently displayed in the entrance to their building their mission:

'To conduct leading edge research into the environmental and genetic causes of disease by building on Tasmania’s unique population resource.'

The reason given by the Director of said Menzies Centre for not looking into the cancer catastrophe was that they could not afford the $5 million that it would cost.

I have always tried to get the successive premiers to have the humanity, decency and compassion to see that the cancer cluster at Wentworth Park is officially acknowledged by the Tasmanian Government and that it appears on the Public Record.

Poppy Lopatniuk is the author of Tomorrow’s Children, detailing the devious acceptance by the Health Department of the escalating rates of cancers arising in the Howrah area. Poppy has relentlessly pursued both state and local governments seeking the truth. The blatant lies and reluctance of the government to address this issued has not daunted her, at 92 years of age she continues to seek answers. This article was originally published in the Tasmanian Times and is republished with permission.

“You said she was well regarded? She was actually loved, Leon. She was genuinely loved by people across this whole community in Tasmania,” @nstreet03 tells @LeonCompton of the impact Vanessa Goodwin had on him and the community #politas #tasvotes #tasvotes2018 pic.twitter.com/BhmtjQKe2L

6 May 2018, 4:30pm Environmental issues caused the death of Vanessa Goodwin and the Tasmanian Gover ...

16 September 2016, 7:30am Big business funds parties which support its interests while unions support the ...

Scandal-ridden Careers Australia, a Liberal major donor, back in spotlight