The impact of refugee detention: A true story

The long term impact of asylum seeker detention on detainees goes well beyond the psychological distress — a true and disturbing story. (Identities and other details have been concealed due to possible deportation and execution.)

I FIRST SAW HIM when I walked into his workplace.

Deep brown eyes, a radiant smile, and a panther-like grace in spite of his painfully thin frame.

Something changed in us both that day. Soon we were clearly in love, to the amazement of both us and our many mutual friends. Neither of us had considered entering into a relationship with anyone previously. I have severe Post-Traumatic Stress Disorder (PTSD) and so does he — relationships are difficult and often impossible to navigate when you are living with trauma.

My trauma stems from years of abuse, beginning when I was very young. I'm usually considered one of the most traumatised individuals the majority of people have ever met.

My trauma, however, is minimal in comparison to his.

You see, my boyfriend came to Australia by boat.

His reasons for leaving his home country are sound: he faces execution there. He is a father. As a mother myself, I cannot imagine doing anything other than fleeing under such circumstances.

My government disagrees, however, and imprisoned him in onshore detention for two years — during Scott Morrison's time as our Minister for Immigration.

When he arrived here, he was free from trauma, in spite of years of active military service in his country of origin.

I have many friends who arrived by boat — some are in the community now, others are still in detention. They have many personal qualities in common with each other: intelligence, resourcefulness, perfect manners and deep compassion. It takes something incredibly special to get onto a leaky boat and attempt to forge for yourself a new life, in a strange culture, in a part of the world you've never visited. I've never met anyone speaking in support of immigration detention who has taken the time to actually get to know some refugees.

But these brave souls, who I am honoured to call friends, have something else in common — they are all clearly exhibiting symptoms of PTSD from their time in immigration detention. 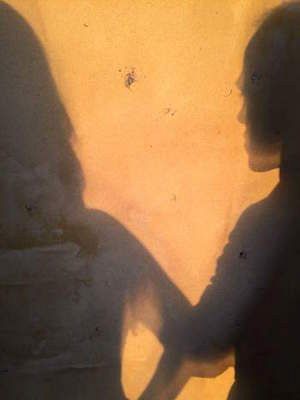 In my boyfriend, this manifests in many forms: panic attacks, vomiting, blackouts, nightmares. He struggles to eat. (Just this morning I found a solution to this — wake up before him to cook breakfast and catch him when he's too sleepy/delighted/polite to refuse.) And he is constantly exhausted from both weakness and lack of restful sleep. I am exhausted too, from sitting up at night to soothe away his nightmares when they come.

I find myself constantly navigating the rocky terrain of his trauma, which he wears like a second skin. It can be as simple as rearranging objects on the coffee table in a way that's symmetrical and he finds soothing, or as complicated as not mentioning Scott Morrison's name in his presence (difficult to do just prior to an election, for someone interested in politics).

When he was released from detention, he couldn't walk. The vomiting and trauma was so extensive that he was believed to be dying. That's the only reason they released him. Having seen the capacity of his heart and mind, I am still struggling with that.

He is intelligent, knowledgeable and capable beyond description and I wonder what else we have taken from him in those two years. I will never know — my boyfriend before detention will always remain a mystery to me.

But I can tell you, with absolute certainty, that it is still killing him. The visa does not fix what was done to him and his friends in detention. And I believe this is why so many on bridging visas and Temporary Protection Visas TPVs commit suicide — they spend so long waiting for a visa, only to discover that it fixes nothing.

My boyfriend, sculpturally beautiful though he is, is skin on bones. I can count his ribs, his veins. Something is eating him from the inside out and I cannot fix it.

The moment I first saw him, I wondered how one person can shine so brightly. Then, little by little, I learned that his light is actually half extinguished. And from 2009-2011, while I was blissfully ignorant and thinking immigration detention was not my problem, a problem was being created for me that I have no solution for. If I've learned anything about trauma, it's that you cannot love it away.

I am not religious but I pray every day now, that this election will be the catalyst for these barbaric and inhumane policies toward asylum-seekers to be brought to an end. How is it that I, built almost entirely of trauma from a very young age, am still less traumatised by that abuse than people who have spent two years in a taxpayer-funded Australian government facility?

How is it that nobody is answerable for this?

In the meantime – and beyond – I will continue to love somebody I cannot protect from my government. They will do what they want with him. I'm now scared to make any wrong moves in case it impacts on him.

The police in his country of origin broke his musical instrument when he was 17. As a former music teacher, the thought that music can be illegal, should horrify me.

But this government horrifies me more: in Australia, people can be illegal. And I am in love with one who was and who too easily could be again. 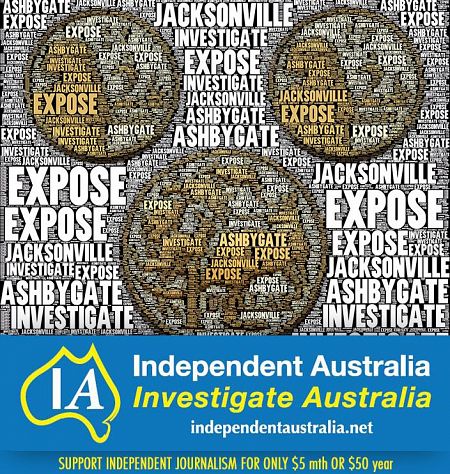