ALL COUNTRIES HAVE MYTHS. Every country mixes their myths with reality to come up with a standard or common history. These collective stories form the many narratives that bind a country’s citizens, as well as to each other.

Australia, too, has myths that have crept into its mass-accepted history. Take Captain Cook’s "discovery" of the Great Southern Land.

Unfortunately, the plucky Yorkshire-born captain of the HMS Endeavour cheated and used a 100-year old Dutch map with a fairly accurate likeness of a country that, even before his birth, was known as "Nova Hollandia".

So much for the myth of that "discovery".

But, in the annals of modern history, there has rarely been a myth-making fantasyland like Yugoslavia.

Its myths were not only globally perpetuated, they are, to this day, still found in texts and tomes used in schools, universities, politics, and many other public forums, corrupting the truth with what are nothing more than baldfaced lies.

And this also happens to this day here in Australia.

This has been parrot-repeated by Winston Churchill, various authors, the U.S. Holocaust Museum, and, of course, by many other so-called and often self-styled "experts" and can also be found in numerous university texts and other "educational resources".

This so-called "fact" is still taught in our schools and universities as standard history, and can be found in many books, articles and websites.

What a nice story, if only it were true. According to Wehrmacht, Allied and other sources, the German strength in Yugoslavia during the war never exceeded more than 14 divisions.

In fact, according to the UK’s Special Operations Executive officer Basil Davidson: 'In that August of my arrival [1943], there were over 30 enemy divisions on the territory of Jugoslavia [sic].'

Davidson, of course, was referring to the total of all German, Italian, Hungarian and Bulgarian armed forces.

Considering the Germans lost 100 divisions fighting the Russians – over 4 million men – without any effect on the War’s outcome, it’s highly doubtful what, if any, difference another 14 would have made.

Then there was Yugoslavia’s manipulation of concentration camp figures.

Take, for example, the jewel in the crown of Yugoslav victimology, the Jasenovac concentration camp that existed between August 1941 and April 1945. This camp was one of 70 such that were operated by every army on the territory of the former Yugoslavia during and right after World War 2. 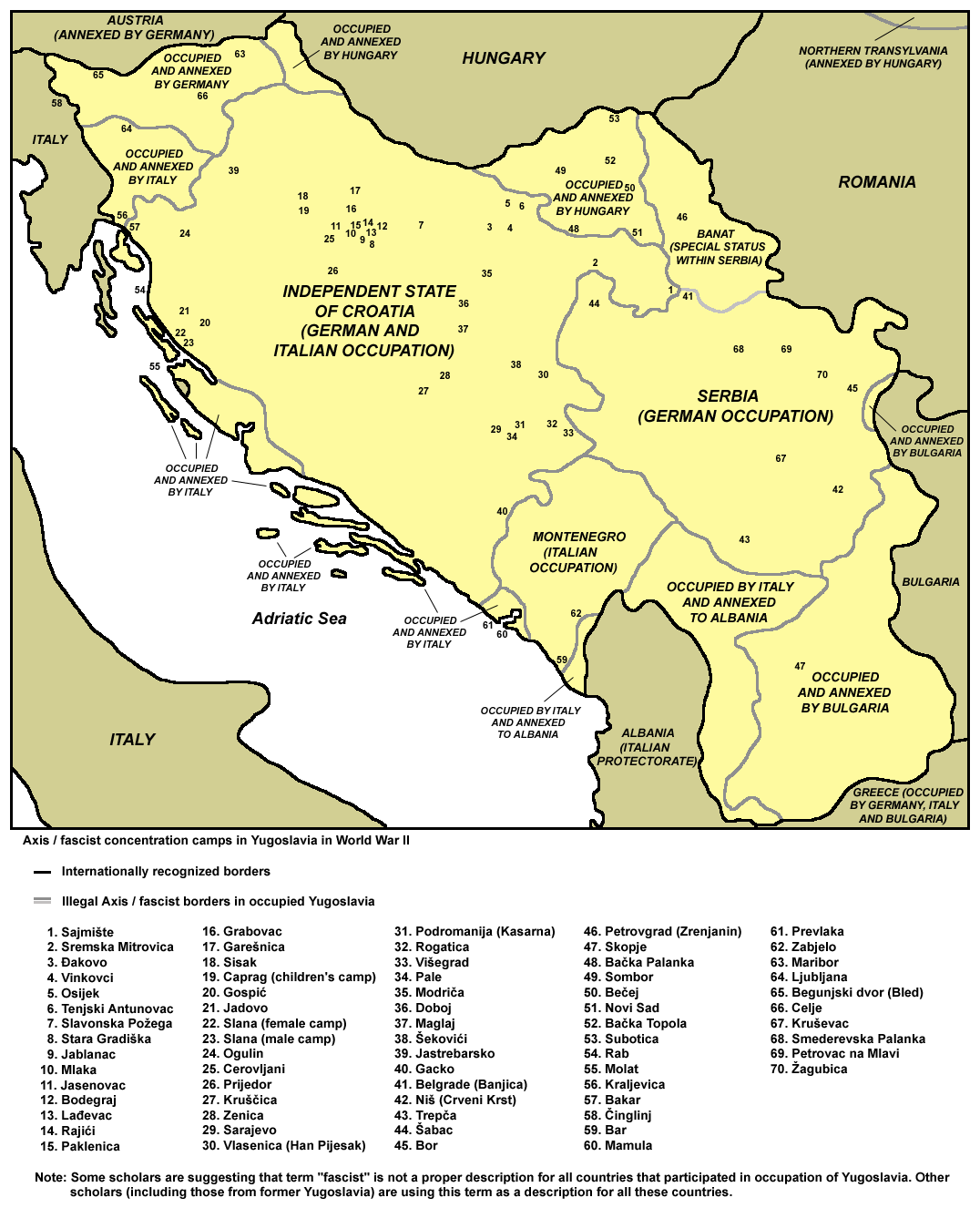 Set up by the Croatian Ustashi, Jasenovac to this day remains controversial due to a death toll that can't stop growing decades after the war.

Immediately after gaining control of the country in May 1945, Yugoslavia’s communist-led Partisans announced the number of people killed at this site was about 11,000.

While still controversial, this figure has been accepted by the United States, the U.S. Holocaust Museum, all the constituent republics of the former Yugoslavia, Israel’s Yad Vashem Centre, as well as the Wiesenthal Centre and others.

In 2012, in order to put the figures to a test, a group of computer scientists from the University of Zagreb’s Faculty of Electrical Engineering and Computing developed a computer program – known as a "bot" – basically an algorithm designed to trawl databases in order to test the integrity of the data.

If what the researchers found did not shock them immediately, then the subsequent actions of the statutory authority that manages what is known as the Jasenovac Memorial Park – which goes by the acronym "JUST" – certainly did.

According to lead researcher, computer scientist Dr Nikola Banic, the bot – known by the functional acronym as "PATROL" – found over 15,000 names on the Jasenovac online database, or almost one in five of the official 83,145 victims be incorrect, invalid or just physically impossible — in other words, fake.

For example, the researchers say they found entries that were duplicates, triplicates and, in more than just a few cases, quadruplicates. In a handful of instances, victims were listed as being killed up to eight times.

Like the software used by marketing companies to scan corrupt or duplicate customer lists, the researchers say their PATROL bot also found names that looked as if they were 'copy and pasted from the databases of other camps like Dachau and Auschwitz.'

Other entries included those that died in the early 1900s, people that were alive decades after the war or had never been near the camp, inmates that had multiple birthlocations, and, in a few cases, a number of so-called camp inmates whose date of birth was listed as the early 1800s, thereby making them an incredible 130 or so years old at the outbreak of World War Two.

The scientists said they also found some 2,500 entries that had no first or last name but, at the same time, managed to carry a date of birth and a date of death, while another almost 3,000 entries were listed as being “fate unknown”, yet still included in the final death count.

But, within hours of going public with their findings, the researchers say the Jasenovac online database was closed down and, for weeks, remained completely offline.

Then, as abruptly as it was closed, it was reopened and, to their amazement say the researchers, the "new" website contained a different database with hitherto unseen names that had no relationship to the original list.

This, they say, has prevented any further investigation to this day.

More worryingly, the Jasenovac figures are used by the likes of Yad Vashem for their official databases, while scores of historians, journalists, politicians and others have also publicly quoted these figures.

After years of official inaction, the scientists were quoted in an online newspaper article in October 2017, claiming:

'Jasenovac is a massive hoax on which money is being wasted but no-one wants to redress.'

All this from a region that also has to deal with the more than 1600 post-World War Two mass graves found after the break-up of Yugoslavia in 1992.

If this happened to the figures from Auschwitz or Changi, there would be a global outcry, with historians worldwide demanding that the figures be checked, corrected and assurances given that there was no further corruption of the statistics.

No such outcry is likely to be forthcoming to ensure the integrity or discovery of the mystery behind the ever-increasing Jasenovac figures.

While it has not existed for a quarter of a century, the mirage of Yugoslavia remains like a statue frozen in time, and while some may think this has no effect in Australia, articles like this one from The Conversation, shows there are those here who still cannot accept the demise of the Yugoslav Fantasyland.

Regardless of the reality behind Jasenovac, it is indisputable that computer algorithms have no political or ethnic bias.

And, for its part, history should be reported and never distorted, especially in racial tinderboxes like the Balkans, where victimhood – perceived or otherwise – always leads to revenge.

As with Captain Cook’s mythical discovery of Nova Hollandia, the difference between the fantasy of Yugoslav victimhood and the facts is separated by a distance greater than the Seven Seas.

So just like the good ship Endeavour, a little computer bot named PATROL managed to navigate the treacherous waters to a made-up fantasyland; but the question is: Where to now?

Thanks to Independent Australia for publishing my piece on Balkan maths crimes. Maybe one day history will be reported and not distorted...https://t.co/OJwzBXKmAg