Most are aware of the Brereton Inquiry into war crimes committed by Australian Defence Force (ADF) personnel during the Afghanistan War, which uncovered evidence of 39 murders of civilians and prisoners by members of the Australian Special Forces, incriminating others who were "accessories" to the incident.

Across the mainstream media, the lightning rod for anger for these crimes has become former Australian Army Special Air Service Regiment (SASR) soldier and recipient of the Victoria Cross, Ben Roberts-Smith, who is now involved in legal action against Nine Entertainment for their reports that implicate him in Afghanistan war crimes.

Regardless of the outcome of this trial, the fact remains that much of the horror outlined in Brereton’s report was predicted nearly 20 years ago by former and serving defence personnel.

Under the leadership of former Liberal Prime Minister John Howard, Australia opted to follow the U.S. into Afghanistan in 2001, barely any voices of dissent from the media establishment could be heard above the jingoistic pounding of war drums.

'The legacy of the Nelson-Howard military doctrine has the Special Forces doing most of the fighting, because of the fear of casualties to our regular infantry units. The long term effect could be burnout of our full-time Special Forces.'

Neil James, of the Australian Defence Association, said in 2006:

'The political logic was that the public and media would accept SASR casualties rather than a 19-year old infantryman, fresh out of home or from a small country town.'

But it was the likes of Uzunov who predicted the failure of this strategy when the Howard Government deployed the Army’s elite Special Forces unit to do most of the fighting in East Timor, a task that should have been performed by the infantry.

This went on until 2016, an investigation was initiated by the Inspector-General of the Australian Defence Force into Australian troop conduct in Afghanistan in 2016. That investigation was led by Paul Brereton, a New South Wales Supreme Court judge and a Major General in the Army Reserve.

In other words, the first rumblings that something was amiss in Australia's Afghan war strategy came some 15 years into the War and was prompted by the Government rather than the mainstream media. 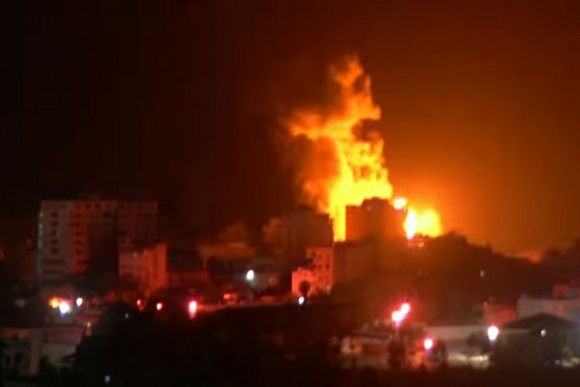 War crimes justice does not work the way commentators generally suggest it does.

Up until the report’s findings, the media appears to have been mostly oblivious to what was happening and were happy to "copy and paste" government press releases on the events in faraway Afghanistan.

Uzunov pointed out that the:

'Brereton report into ADF/SASR in Afghanistan confirmed what I had warned about decade ago to the Canadian press: "that protracted & repeated deployment of special forces troops – due to fatigue and a lost sense of purpose – was a contributing factor to the incidents uncovered".'

'The war in Afghanistan can be won but it will not be easy nor is it simply a case of using brute military force. The solution is proper efficient force coupled with political and economic strategies.'

After 20 years and within months of the final Afghan military withdrawal, billions of dollars were wasted, 41 soldiers died, countless others were wounded, many still suffering PTSD or victims of suicide and a defence force with a tarnished reputation. Not to mention a Victoria Cross winner now embroiled in legal proceedings. The media failed to report in a timely and accurate way on the Afghanistan War and are now trying to relitigate it through the defamation matter of Roberts-Smith.

Nor was this editorial myopia confined to only either left or right-leaning media.

But it begs to be asked: apart from the likes of veteran investigative journalist Chris Masters, academic James O’Neill writing in IA, a couple of contributors to the likes of Crikey or Uzunov, why did few others in the media not dare to question the unsustainability of Australia's Afghan strategy all those years ago?

Where were the eagle-eyed scribes when the wisdom of following Hollywood-inspired ‘Rambo’ strategies of using Special Forces as GIs (General Infantrymen) was being engineered by politicians like John Howard and Alexander Downer, who themselves went out of their way to exploit loopholes so as to avoid the Vietnam War draft in the 1960s?

To find out who they are, one only needs to look at the by-lines on the articles covering the Roberts-Smith defamation case to realise this is just one of the many consequences of the paucity of solid journalistic accountability whose endgame is now playing out in the Federal Court in Sydney.