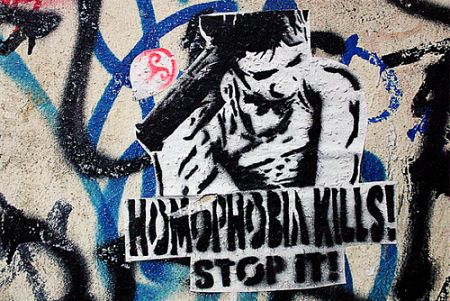 Brisbane Psychologist, Dr Paul Martin of The Centre for Human Potential, says bullying and coming to terms with sexuality are the leading causes of suicide and depression in teens.

“Young people are at the highest risk of suicide just prior to ‘coming out’,” said Dr Martin.

Named by SameSame as one of the 25 most influential Gay and Lesbian Australian’s earlier this year, Dr Paul Martin says parents need to be mindful of what they say, so children are able to feel comfortable coming to terms with their sexuality.

Research from Australian Bureau of Statistics (ABS) released earlier this year, shows suicide accounted for approximately 23 per cent of all deaths for young people ages 15 to 24 years in Australia in 2010.

The ABS does not report the number of suicide deaths of children aged 14 years and under, so the national figure remains unknown.

Dr Martin says greater support is required to cope with growing depression rates among Australia’s youth from governments and schools.

“Psychological damage occurs within the home and in the school yard — it’s the damage that leads to suicide. 74 per cent of bullying, violence and abuse happens at school, and is frequently unchallenged by school teachers and staff.

“The anecdotal evidence I have received has shown decisions made by politicians since the LNP Government gained power in Queensland, has been seen to have a strong brutality against the Gay and Lesbian community. It has sent a very strong message to young gay and lesbian teens that they are not valued and should be invisible. It’s these messages that are the things that are at the core of suicide and depression.”


Earlier this year, the Queensland Liberal National Party, led by Premier Campbell Newman, amended Civil Union laws in Queensland so gay and lesbian couples will no longer be allowed to participate in state-sanctioned ceremonies but must instead register their relationship under the newly re-named Registered Relationships Act.

Premier Campbell Newman said the changes were made to placate Christian churches who were "offended" by a marriage-type ceremony for same-sex couples.

An independent Queensland Mental Health Commission proposed by the previous Labor government due to begin on July 1st to promote the recovery and human rights of people who struggle with mental health illness, has been postponed in the wake of state-wide budget cuts.