Lachlan Barker brings you some of the sporting action happening this weekend not occurring on a football field.

During my coverage of the Tour de France, a commenter on Disqus, Warren Burden, pointed out that I had dropped the ball by not covering the women’s race, held in the run up to the final men’s stage.

The race was called La Course and this year was the inaugural running of this event. I had the paltry excuse of space considerations — but as I type that, I realise that that is no excuse at all, and so I am going to rectify that by seeding in more women’s sport in this column. (Yes, we do read your comments, both critical and supportive, please keep them coming in.)

For the record, La Course 2014 was won by Dutch cyclist Marianne Vos of Rabo-Liv Women Cycling Team. (Yes, that’s how it’s spelled, it doesn’t come across into English well.) Second was another Dutch woman, Kirsten Wild, of Giant-Shimano, while Canadian, Leah Kirchmann of Optum p/b Kelly Benefit Strategies was third.

The race is a short blast to glory, 13 laps of the Champs-Élysées circuit, as opposed the men’s grand event of more than 3,000k over three weeks. However, La Course was well supported and looks like becoming a popular ongoing edition to the Tour.

And since we’ve started with cycling, I would just like to refer to the current men’s event, the Tour of Spain, or Vuelta a España.

There are three grand tours each year, the first is the Giro d’Italia, then the big one, the Tour de France, and now finally, the road racing season is concluding with the Vuelta. Local rider, Alberto Contador with team Tinkoff-Saxo is leading the race and wears the Red Jersey, the Vuelta analogue of the famous Yellow Jersey in le Tour. Chris Froome of Sky is second, and another Spaniard, Alejandro Valverde, of Movistar is third.

However, the standings are of less interest than a couple of unsavoury incidents that occurred during the week, to wit — fighting on a bike.

“Seconds out," was called during stage 16 when Russia’s Ivan Rovny of Tinkoff-Saxo and Italy’s Gianluca Brambilla of Omega Pharma-Quick Step traded blows.

Rovny, for reasons only known to himself, sat second wheel in the breakaway, which is just not done, and Brambilla indicated that to him physically. Both riders were ejected from the race, “sent off” as we would say in a football code, with most saying Brambilla was harshly treated.

However, you can’t sanction violence in sport and so there is equal argument for Brambilla’s ejection being just. 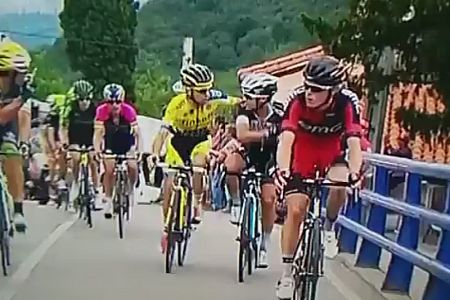 The riders in the yellow and the black outfits are not being friendly, Brambilla in the black, is loading up a right arm backhander to smack Rovny (in yellow) with. (Image via newslocker.com)

And while the fall out from this was going on we learned that there had been another angry incident previous to that on the same day, this one between Sky’s Irish rider Philip Deignan, and Spain’s Joachim Rodriguez of Katusha.

Deignan describes having his lip split by the Spaniard. Rodriguez says he was just gesticulating and his hand collided.

Whatever, the race finishes today (Sunday) and it seems clear that a break is coming none too soon for everyone on two wheels.

And now time for some surfing, the current world tour pro event is being held at Trestles Beach in San Diego, California. Both men’s and women’s events are being held and both contain a large number of Australians.

So, first a bit of surfing in general.

Surfing is a difficult sport to describe for the sporting journalist, as it is a fluid sport, much like figure skating.

Expert skaters know the difference between a good and bad routine on the ice, but to the rest of us, all the skaters look really good. Surfing is much the same — the pros get out there and slash and rip up and down and across the waves, and all look brilliant to us.

The judges have to award points for the best rides.

Here is a good summary from Wikipedia:

Judges will base the score on how successfully surfers display these following elements in each wave: 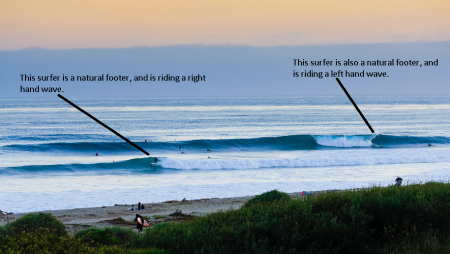 Trestles beach, California, where the best surfers are currently going at it: hard (Image via surfergirlsonly.blogspot.com.au)

And a summary of this summary was best put by a female surfer I spoke with at Manly some years ago when covering an event there, she said:

There’s much more, but hopefully the point comes across.

By the way, commitment and degree of difficulty refer to the monstrously frightening tonnes of water that these pros take on when surfing a tour event; surfing is definitely a sport where overcoming terror is a pre-requisite.

Currently, in the Trestles Womens’ event, the rounds are complete and it is down to the quarter finals. Of the eight surfers left, four are Australian.

The first quarter-final sees probably the best known Australian female surfer of recent times, Stephanie – inevitably nicknamed “Happy” - Gilmore, up against compatriot Laura Enever. QF2 is an all American affair, with Coco Ho of Hawaii, taking on California’s Lakey Peterson. The third quarter sees Australian Sally Fitzgibbons out to end the event for Bianca Buitendag of South Africa. Fitzgibbons has been ribboning the water at Trestles and as such has taken the world number one ranking spot from American Carissa Moore, who was defeated early in this event.

Currently the (only) betting sight that is fielding on the women’s event has Stephanie as favourite, with Sally breathing down her neck on the second line. The final quarter final has another Australian, Tyler Wright, taking on Frenchwoman, Johanne Defay.

All will be going hard, and one thing I like about surfing as a sport is that even if you don’t know who’s doing well, or even what’s going on, you at least get to see the most beautiful coastlines of the world.

Lachlan Barker blogs at cyclonecharlie88.blogspot.com.au. You can follow him on Twitter @cyclonecharlie8. He is also typing with one handed after some day surgery this week: 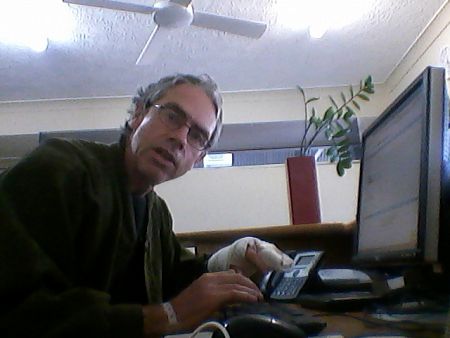