In the field of refugee and asylum seeker policy, it involves detaining humans, their dehumanisation and the vast, prohibitive expenditure of funds from the public purse. As a model, one country has sold it with unshakeable conviction and aplomb: Australia.

It has sent emissaries to countries keen to identify their own processing models, preferably designed to mitigate, if not snuff out altogether, the right to seek asylum.

The most important of these emissaries is Tony Abbott, Australia’s former prime minister who spent time in office fashioning one of the world’s most brutal offshore detention policies. He was by no means a lonely pioneer; previous governments had adopted strict policies to deter boat arrivals to Australian shores. 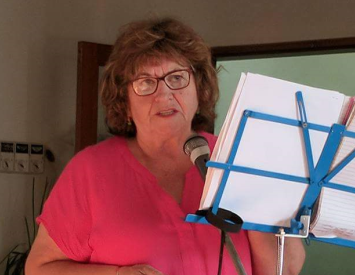 Bearing witness: The life of an Australian refugee advocate

Australian policy towards refugees has been, since the 1960s, marked by various offshore processing options, though the more benign term of regional processing was preferred.

It was the conservative Coalition Government of John Howard that inaugurated the offshore processing policy that came to be known as the Pacific Solution. Its genesis lay in the relentless politicisation of maritime arrivals on the Norwegian vessel, the MV Tampa, in August 2001.

On September 1, 2001, Howard announced what would become a mainstay of Australian immigration policy: those arriving by boat would be processed in third countries rather than Australian territory.  Offshore detention centres were established on Manus and Nauru islands. Despite being closed in 2008 under Labor Prime Minister Kevin Rudd, they were re-opened by the Gillard government in 2012.

“If you arrive in Australia by boat, you can be taken from Australia by aeroplane and processed in another country.”

For all that, it was Abbott who gave it a formal, military stamp, aided by the Australian navy and a new border protection force. They formed part of what was called Operation Sovereign Borders, described in a report by employees of the Australian Parliamentary Library as:

'A military-led, border security operation, bringing together the operational elements of fifteen departments and agencies under a single command led by Lieutenant-General Angus Campbell.'

Operation Sovereign Borders involved operations on sea that upended guarantees provided by an assortment of international laws, most notably the 1951 UN Refugee Convention.  Abbott’s then Minister for Immigration and Border Protection, and current Australian Prime Minister, Scott Morrison gave explicit instructions to his staff: asylum seekers arriving by boat were to be described as “illegal maritime arrivals”. 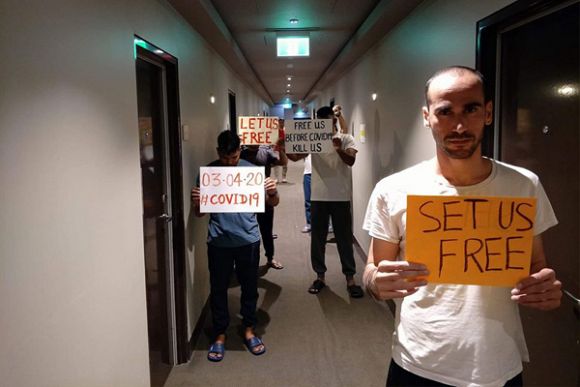 A protest was staged in support of refugees detained at Preston's Mantra Hotel out of concern for their wellbeing during the pandemic.

This was a wilful libel, as the Convention not only guarantees the right to seek asylum but prohibits signatory states from imposing penalties upon those who arrive or remain illegally. But Morrison was eager to misread it:

“I’ve never said that it was illegal to claim asylum.  That’s not what the term refers to. It refers to their mode of entry.”

Individuals intercepted at sea would either be turned back into the waters of another state, most commonly Indonesia, or sent to Nauru or Manus Island for processing. The facilities became centres of psychological torture, sexual predation and suicide, places of legal and spiritual purgatory.

Abbott, far from being troubled by these facts, became a political salesman. In 2015, he offered very public advice to European governments facing their own refugee crisis. Australia, he boasted, had stopped the boats. To actually repair such arrivals to Pacific outposts was even humane.

In February this year, the International Criminal Court (ICC), at the behest of Tasmanian Independent MP Andrew Wilkie, found that:

The terms of the conditions of detention and treatment [at the processing centres on Nauru and on Manus Island], although the situation varied over time … constitute the underlying act of imprisonment or other severe deprivations of physical liberty under Article 7(1)(e) of the Statute.

Greg Barns, of the Australian Lawyers Alliance, also drew the conclusion that Australia had breached the Rome Statute of the ICC:

'It is extraordinary and shameful that a nation which purports to believe in the rule of law should be found to be in breach of the international law which outlaws cruelty and inhumanity.' 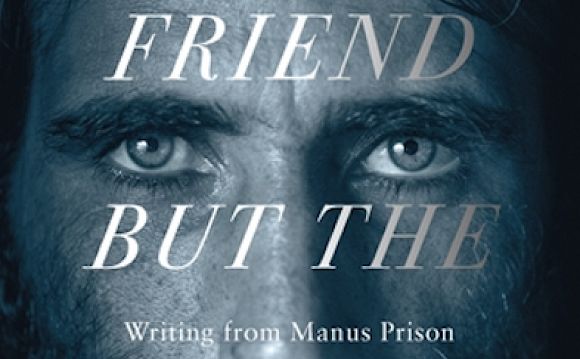 Boochani gives us a flavour of such camps in his account of being on Nauru, No Friend but the Mountains. He recalls being given a number: MEG45.

'Slowly but surely I must get used to that number. From their perspective, we are nothing more than numbers. I will have to forget my name. My ears start ringing when they call my name. I try to use my imagination to attribute some new meaning to this meaningless number. For instance: Mr MEG. But there are a lot of people like me.'

Such a minted concentration camp system is finding eager audiences. Since 2015, fact-finding missions have been organised by European delegations to see how the Australian model might be replicated. In June 2016, Austria’s then Foreign Minister Sebastian Kurz expressed a degree of enthusiasm for the Australian model of border protection and deterring unwanted arrivals.

In an interview with Die Presse, he opined that:

'The Australian model of course cannot be completely replicated but its principles can be applied in Europe.'

Abdul Aziz Muhamat, a Sudanese national who spent several years on Manus Island despite being found to be a refugee, warns of the creeping temptations. Speaking on a panel of migration activists organised by the German civil rescue organisation Sea-Watch this year, Aziz, now a resident in Switzerland, claimed that:

“Right now, the EU are trying to replicate the offshore detention centres.”

He noted enthusiasts in Geneva, who claimed that Australia had “done a beautiful job” in combating irregular migration.

The UK Home Secretary Priti Patel has also entertained island possibilities, with Abbott having her ear. By the end of August this year, some 5,000 people had crossed the English Channel in dinghies. In 2019, the number for the whole year had been 1,890. With a spike in the number of crossings, Abbott’s record caught the attention of the unrepentant demagogue and leader of the Brexit Party, Nigel Farage. 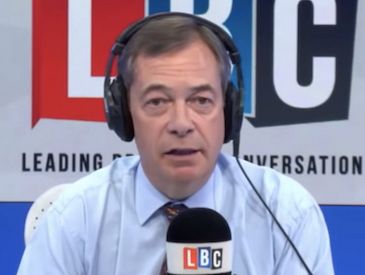 The Farage formula of belligerent flag waving non-negotiation will appeal to some members of his Australian audience.

Farage tweeted in June this year:

'Tony Abbott says to stop the migrant boats from coming, you have to send them back.'

Abbott’s suggestion was very much in keeping with Australian refugee policy: let other parties – in this case, the French – deal with those making the crossing.

According to officials in White Hall, as documented by the Financial Times, a few options for offshore detention centres were considered: the overseas British territories of Ascension Island or St Helena.

A spokesperson for Patel has, however, dampened suggestions that Patel was too interested:

“The Home Secretary would not want something like this.”

Officials in the Foreign Office had found the suggestions logistically unfeasible. The Financial Times disagreed: the idea, most probably Abbott’s, had left their mark.

'The proposal [for offshore processing] is further evidence of the influence of Tony Abbott’s ideas on the Johnson government.'

An already more than controversial pick as a trade adviser to the Johnson government, Abbott is finding himself most at home. An increasingly isolated United Kingdom, and its flailing Prime Minister Boris Johnson, is bound to find his more parochial suggestions tempting.