CONTRARY TO CONTINUING optimistic reporting in most Western countries, things look grim for Ukraine. Hopeful predictions of Russia giving up with fatigue or demoralisation, or Ukraine mounting a sudden devastating offensive have little chance of fulfilment. If we listen to the most clear-eyed neutral observers, we can revise that. No chance.

While the war grinds on, the toll on both sides is rising.

Most Western media reports immediately following Russia’s invasion of Ukraine on 24 February claimed the Russians were shocked at the resolve and skill of the heroic Ukrainians and would soon turn tail and run, noses bloodied, never to return. These were hopelessly optimistic, as events have proven.

Much reporting continues to be inaccurate. Earlier this month, Euronews published a detailed update with attribution to Reuters, Agence France Presse and Associated Press. Seems legit.

It quoted U.S. Under Secretary of Defense Colin Kahl, estimating that ‘The Russians have probably taken 70,000 or 80,000 casualties in less than six months'.

Probably? Or we wish? No verification was offered.

‘Moscow's armed forces have also lost 3,000 to 4,000 armoured vehicles, and could be running low on precision-guided missiles ...’

Perhaps they could. But no evidence was shown. Russia has vast stockpiles of missiles and is continually manufacturing more. All analysts confirm Russia outmatches Ukraine’s weaponry many times over.

‘The enemy (Russia) is having no success. Donetsk region is holding.’

That was on 8 August. Donetsk was overrun on 22 August.

Of course, both sides manipulate the media. Citizens in each country receive daily reports of the great advances their courageous armies are making and the success of their precision air strikes, often with recycled TV footage from earlier skirmishes or from other wars. 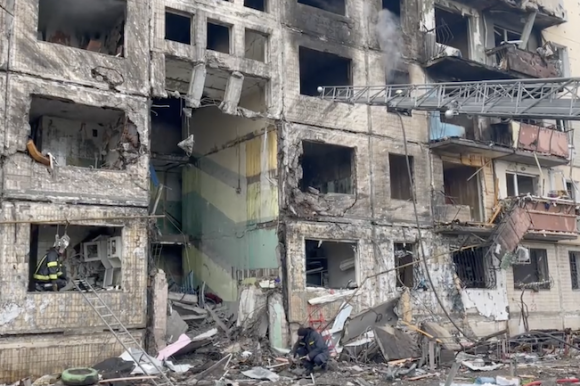 What is the toll so far? The correct answer is we do not know. Both sides exaggerate estimates of enemy deaths and minimise their own.

That contrasts with a Reuters report last week claiming fewer than 9,000 Ukrainian military personnel have been killed so far, attributing that estimate to Ukraine's commander-in-chief General Valeriy Zaluzhnyi.

Military casualties are divided into two categories: killed in action and wounded in action, some of whom die later. Prisoners of war and those who go missing are counted separately.

Our best estimate is between 22,000 and 24,000 Ukrainian combatants killed, about 60,000 wounded and close to 8,000 captured or missing. That’s based on reports, studied with due scepticism, from Ukraine’s Ministry of Foreign Affairs, TASS, the BBC, The Guardian, independent analysts and various others.

Ukrainian civilian casualties are about 15,200 with 5,900 killed and 9,300 seriously injured. This is based on data from Interfax Ukraine, the United Nations and NPR.

About 70 foreign fighters who have volunteered to serve in Ukraine have been killed, including at least one Australian.

These are trickier to assess as the Russians know the number and they’re not telling anyone anything.

Our best estimate is 12,000 Russian combatants killed and 29,000 wounded. That’s based on reports from Ukraine’s Foreign Affairs Ministry, the BBC, The Economist, NPR and other sources.

This is consistent with last week’s claim by Ukraine’s General Zaluzhnyi to have killed or wounded 45,200 Russian military personnel. The General would hardly underestimate this tally.

Russian civilian deaths have been minimal as most fighting has been inside Ukraine. 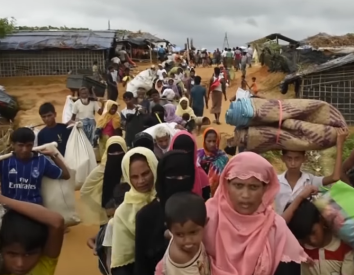 The Rohingya have received little international support and that must change to ensure their rights are respected and protected, writes Shaik Abdur Rahman.

Russia will not abandon its quest to control Ukraine. This has been planned for years, at least since the 2014 annexation of Crimea, and Russia can maintain the offensive indefinitely.

The Russians are proud of their victories against Napoleon in 1812, against Germany in World War II, and against the Americans and her allies, including Australia, in Vietnam. They believe they prevailed, more recently, in Afghanistan, Somalia, Georgia and Crimea. They are supremely confident of another win.

Ukrainians have certainly shown courage and resolve. They have the powerful motivation of fighting to defend their homeland and enjoy the moral support of most of the free world, along with significant military aid.

But they have a puny airforce, a small and demoralised navy, and a population of just 43.6 million before the conflict began from which to draw combatants. That compares with Russia’s 146 million.

Ultimately, Russia will win. Both sides know that. Both sides are now prosecuting the war with a view to being in the strongest possible diplomatic position when peace is negotiated and the country eventually carved up. As long as Western countries keep sending arms, that day will be postponed. But it will come.

It is virtually certain now that the eastern states will return to Russian rule. What happens to the rest of the country remains unknown.

Meanwhile, the bodies keep piling up.