Australian rapists have only a minuscule chance of conviction; on International Women’s Day, Evan Whitton calls for the justice system to be changed to better protect women. 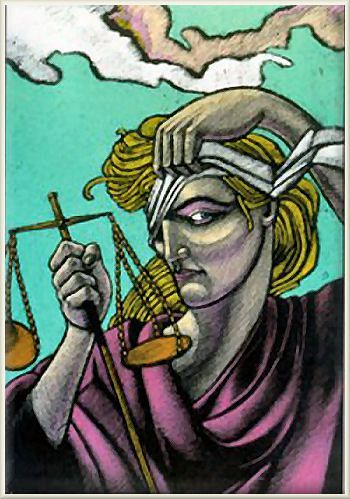 It is said that no cause is finally lost until it has a day named after it.

Even so, International Women’s Day (Friday, March 8) will have real meaning in common law countries, England and its former colonies, if women, including lady lawyers and lady judges, resolve to do something spectacular about rape.

Like putting the frighteners on lawyer-politicians: allow change to a truth-seeking legal system, or we will vote you out. The public will like that. The Malimath Report on the Indian criminal system noted:

For the common man, truth and justice are synonymous.

The adversary system’s perverse and unique posture that truth does not matter has had grotesque consequences. For example:

Ethics, if any: It is OK for lawyers to lie. Professor Monroe Freedman, recipient of the American Bar Association’s highest award for his work on ethics, wrote in 2006:

Taxpayers stiffed. The system seems to be mainly designed to enrich lawyers at the expense of police and taxpayers who pay the wages of untrained judges etc. Lawyers control evidence and can spin the process out; hearings can take weeks or years. In the truth-seeking (inquisitorial) system reformed by Napoleon, trained judges control evidence; most hearings take a day or so.

Sophistry: Sophistry is a technique of lying via false arguments, trick questions, shifting the goalposts, blaming the victim, etc, etc. Barristers are allowed to use sophistry to make honest witnesses, e.g. rape victims, look unreliable. In France, judges do not let lawyers question witnesses directly lest they pollute the truth with sophistry.

Rape. Professor Freedman said that even if a rapist privately admits he is guilty, his lawyer can ethically let him deny his crime on oath, and can back up that lie by questioning the victim about her sex life in order to [falsely] suggest she consented. The questions can be brutal and pornographic; rape victims have vomited on the witness box.

In an English case, Frances Andrade told defence barrister Barbara Baxter in January 2013: “This feels like rape all over again”. She committed suicide when Judge Martin Rudland told the jury to find the accused, Michael Brewer and his wife Kay, not guilty of rape. The jury later found them guilty of indecent assault.

The mushroom treatment. Vital evidence is concealed from jurors.This and lawyers’ sophistry enables rapists and other criminals to escape justice.

Seek the whole truth and go to prison. Theodora Dallas, an English juror/mushroom, learned from the internet that the defendant had previously been accused of rape. In 2012, Lordchief “justice” Iggy Judge and two other judges sent her to prison for three months, and she lost her job as a university lecturer.

The system thus encourages rape. Statistics are elusive, but there appears to be a rape epidemic in common law countries. It is said that 20 per cent of women in England and Wales are victims of sex offences, and that 16 per cent in the US will be victims during their lifetimes.

The (Sydney) Daily Telegraph sought Justice for Women Now in 2007. Reporters Janet Fife-Yeomans and Lisa Davies had figures indicating that rapists have one chance in a hundred of going to prison: of 100 rapes, between 10 and 30 are reported; four persons are prosecuted; one is convicted.

India, with 75 per cent of the total number afflicted by the adversary system, has a notoriously high incidence of rape. The gang-rape/murder of Jyoti Singh, 23, on a Delhi bus on December 18, 2012 finally shocked the nation’s conscience.

The government seemed divided, perhaps between lawyers and non-lawyers. At all events, two former judges and a former legal bureaucrat were asked to recommend ways to check crimes against women. After a month, they put the blame on police “apathy”, and said change to the legal system was not necessary.

That will not help women or anyone else. However, The Times of India (circulation: over three million) reported on January 4, 2013:

As an answer to the demands for a stringent law against sexual assault, the government … is likely to implement all the recommendations of the Justice V. S. Malimath Committee on reforms in the criminal justice system.

The committee, set up in 2000, was more broad-based than most law reform commissions. Members included Amitabh Gupta, former Director-General of Police, and D. V. Subba Rao, Chairman of the Bar Council of India. They examined the French inquisitorial system.

The Malimath Report of March 2003 was the first official report in the common law world to come to grips with the evils of the adversary system. It noted

… the very low rate of conviction … people live in constant fear … Truth is the very soul of justice … This can be achieved by statutorily mandating the courts to become active seekers of truth.

But in what sounded like a compromise to keep everyone on board, the report said:

The Committee on balance felt that a fair trial and in particular fairness to the accused are better protected in the adversarial system.

That is simply not true. In France, the innocent are rarely charged, let alone convicted. In the adversary system, at least 1 per cent of people in prison (4 per cent plus in the US) are innocent.

“However,” the report continued

…the Committee felt that some of the good features of the Inquisitorial system can be adopted to strengthen the Adversarial System and to make it more effective. This includes the duty of the Court to search for truth, to assign a pro-active role to the Judges, to give directions to the investigating officers and prosecution agencies in the matter of investigation, and leading evidence with the object of seeking the truth and focusing on justice to victims.

That sounds like the inquisitorial system under another name. At a minimum, it means that judges will be obliged to tell prosecution and defence lawyers:

“Your job is to help the court find the truth. If you start on the sophistry, I will sit you down.”

Seeking the truth necessarily means abolishing anti-truth devices, including the jury formula and six rules which conceal evidence. That, and putting sophists back in their kennel, would lift India’s conviction rate from 16 per cent in 2003 to something like France’s 95 per cent. Only rapers, other criminals, and their shysters would be dismayed.

The great and good Malimath Committee has shown the way, but lawyer-politicians have been able to block real reform since they became the “dominant interest” in Parliament in about 1350, and they remain heavily over-represented in English-speaking legislatures.

However, a coalition of women and other victims, including taxpayers, would be irresistible. International Women’s Day should mark the beginning of a campaign to reduce the percentage of lawyers in the legislature to their percentage of the population: one-fifth of one per cent.

(Evan Whitton's book Our Corrupt Legal System can be downloaded free from netk.net.au/whittonhome.asp.)