According to Evan Whitton, Rupert Murdoch went bad 56 years ago, and stayed bad. Always with an eye on the main chance for number one, he committed the crime of wilful blindness.

MURDOCH DID a deal to go soft on the South Australian Playford government. Rupert Murdoch was not always evil. Born in 1931, he kept a bust of Lenin in his room at Oxford and supported the English Labour Party in 1951.

The choice concerned Rupert Max Stuart. He was convicted in 1959 of a murder he did not commit – he had a rock solid alibi – but the corrupt South Australian Premier, Tom Playford, was determined to hang him; an execution was then a vote-winner.

For details of what happens at a hanging see Amazing Scenes.

Rohan Rivett, Murdoch's editor at the Adelaide News, saved Stuart from the gallows, and Playford was forced to commute the sentence to life in prison on 5 October 1959.

On 19 January 1960, Playford lodged absurd charges of criminal and seditious libel which put Rivett and Murdoch at risk of long prison terms. In March 1960, the jurors returned not guilty verdicts on all except one charge on which they could not agree. 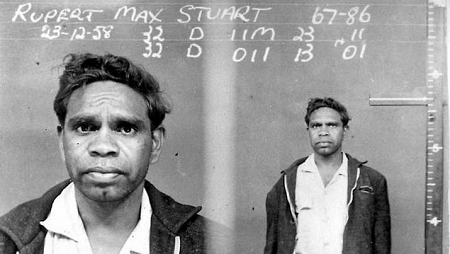 Rupert Max Stuart released on parole in October 1973 – after nearly 15 years in prison for a crime he did not commit.

News political reporter Ken May was the go-between for a deal consummated on June 6, 1960. Historian K.S. Inglis wrote:

'Many people believed that Playford dropped the last charge in return for an undertaking from Murdoch that the News would go easy on his government.'

Murdoch sacked Rivett on July 12, 1960. Was that part of the deal with Playford? His treatment of a Fleet Street genius, Stanley (Sol) Chandler, may provide a pointer.

The role of Stanley (Sol) Chandler

Chandler did something possibly unparalleled since Defoe invented modern journalism on February 10, 1704; he increased the circulation of Murdoch’s Melbourne Truth from 220,000 to 400,000 in eight months to February 1967.

He did it by adhering to his belief that "the oldest rule of journalism ... is to tell the customers what is really going on". Truth was now hugely profitable.

Truth revealed in December 1967 that the new Prime Minister, John Gorton, was a thief: when Gorton's father died, Gorton and his wife held a board meeting and cut his father's mistress out of his will.

Gorton: did a deal with Murdoch.

Murdoch sacked Chandler. Eight months later, Gorton gave Murdoch permission to use the profits of Truth and The News to buy The News of the World (NOW).

Murdoch's organs supported Gough Whitlam in his successful bid to become prime minister in December 1972. With John Menadue as go-between, Murdoch then asked Whitlam to make him High Commissioner in London. The post would have given him political connections which the sleazy News of the World never could. Whitlam declined; Murdoch did not forgive him.

A certain Noela Whitton began the process which led to Rupert Max Stuart being released on parole – after nearly 15 years in prison for a crime he did not commit – in October 1973.

Sol Chandler said: "We must not break the law." NOW employees broke the law by phone-hacking, which is the crime of theft of private information. Another crime is wilful blindness – could have known, should have known – to a crime. Was Murdoch aware of his employees' phone-hacking crimes? If not, was he wilfully blind?

Nick Davies on phone hacking, Murdoch and News of the World. The Milly Dowler story changed the politics.

It begins and ends with Milly Dowler. On 22 March 2002, Milly, 13, was on her way home from her Surrey school when she was abducted and murdered. Murdoch's NOW employees hacked Milly's phone during the six months before her body was found on September 18, 2002. Mentions of phone-hacking began in 2004. Thus: 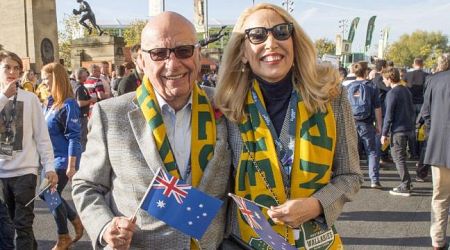 Murdoch was not charged with the crime of wilful blindness.

Evan Whitton is a reporter/historian. China Fangzheng Press has translated and is to republish his eighth book, Our Corrupt Legal System. In English it can be found here. This article was first published on the Justinian on 26 July 2016 and is republished with permission. You can follow Evan on Twitter @EvanWhitton1.

You don't need to be a millionaire! Subscribe to IA for just $5 (or less).