Evening vigils for the Bali Nine pair Andrew Chan and Myurun Sukumaran have been occurring since 18 February in King George Square in Brisbane.

I attended the first vigil and Brisbane was being unusually gloomy — fittingly, it seemed, for such a sombre occasion.

However, the evening brightened considerably as word was passed around that the executions were to be put off. It seemed the sun itself was responding to the change of fortune.

I had been informed of the event by Stephen Keim SC, a Brisbane lawyer involved in many areas of human rights law, as well as a longtime IA contributor. 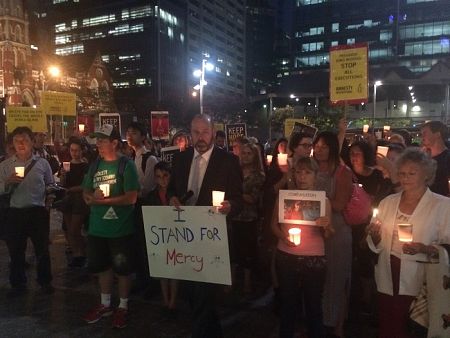 Stephen Keim SC, holding an 'I 'Stand for Mercy' banner, with other vigil attendees, on 18 February.

Mr Keim was master of ceremonies and spoke of how simultaneous vigils were being held in Sydney and Melbourne, organised by Australian artist Ben Quilty. He reminded the crowd how we had all gathered, touched, not only by the plight of the two young  Australians but also of the hundreds of other people on death row in Indonesia.

Amongst the other speakers was Peter Russo, solicitor and recently elected member for Sunnybank. He implored the Indonesian government to show strength and kindness. 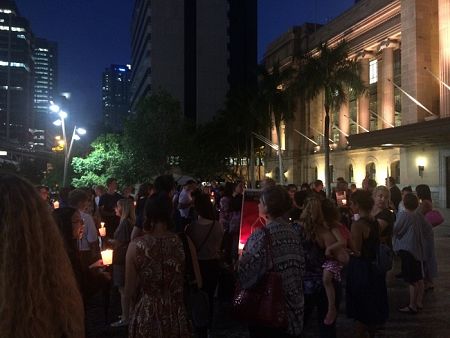 Ruth O’Gorman, another Brisbane barrister, expressed the fervent hope that our presence, along with those of similar groups across the nation, would be conveyed to Andrew and Myuran.

The chairman of Australians Against Capital Punishment, Don Sinnamon, told how the Indonesian Attorney-General had indicated that the executions would be postponed for at least a month. There was hope yet? 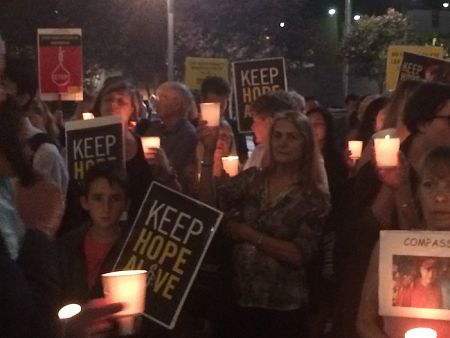 Fast forward four weeks, to Friday 13 March, things are again glum. We knew the two young Australians had been transferred to the island of execution.

Once again, the cosmic ballet played it’s part as news filtered down that the imminent executions would not occur immediately and the sun shone through the gloom. Hope springs eternal. 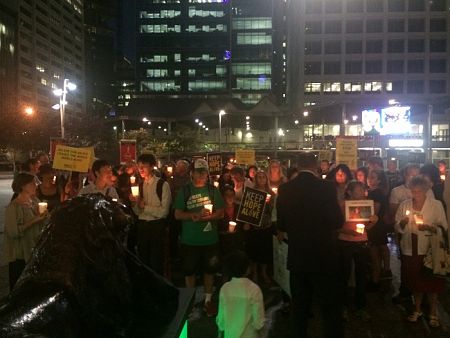 The numbers were smaller this time, but the passion was not diminished. Stephen Keim read his letter to President Joko Wikodo, emphatically urging him to spare the lives of those on death row.

The feelings of bipartisanship on this matter are not manufactured. The local Member for Brisbane, Teresa Gambaro had her heartfelt speech from Parliament read out. In it, she sued for clemency, highlighting that capital punishment had never proven to be effective in deterring crime. 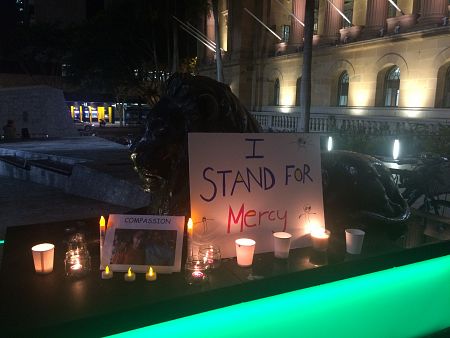 The vigils will continue, in a place near you.

Bali Nine Update: Executions Could Be Delayed For Months Because Of… http://t.co/Qrx79crV53 #bali #balitoday

19 March 2015, 7:30am Evening vigils for the Bali Nine pair Andrew Chan and Myurun Sukumaran have been ...
Join the conversation
comments powered by Disqus
News updates