Lachlan Barker reviews the AFL and NRL grand finals, the 'weird morphic crossover between these two codes' and the return of Roy and HG's Festival of the Boot.

Okay, back with sport after a longish layoff.

And the reason we are here is because, thankfully, when footy grand final weekend rolled around, we learned to almost unimaginable levels of delight that Roy & HG were broadcasting.

And that was, of course, good enough for me.

Possibly best known these days for their humorous Olympics broadcasts, it has to be remembered they made their name with the football grand finals, known as the Festival of the Boot. 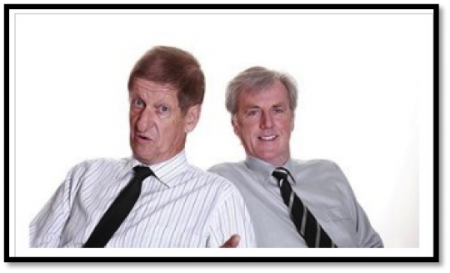 So the grand final festival part one, kicked off on Saturday, 1 October at the MCG with the canine versus avian punch up of the Sydney Swans against the Western Bulldogs — or for those die hard VFL fans, South Melbourne versus Footscray.

The theme of Roy & HG's commentary became the "ankle virus". This malady is not to be found in any medical textbook but was Roy & HG’s mused explanation for the lack of form of Sydney’s marquee player Lance "Buddy" Franklin.

He struggled for much of the game and when, early in the match, he went off to have some treatment of the ankle, the boys surmised that it must be the ankle virus.

This then became the running gag throughout the game and from then on, anyone who kicked poorly, was thought to be suffering from the ankle virus.

So, me and the many thousands of Festival of the Boot fans then spent an enjoyable afternoon on twitter watching the game and listening to these masters of mirth.

The match was a genuine grand final affair, scores tight as a drum for the entire outing.

The scores were within one straight kick (less than six points) for each of the first two changes, a straight kick and change at the third and, finally, the Dogs kicked away to a three goal lead in the final term, which got them home.

The man with the startling haircut, Jason Johannisen was the winner of the Norm Smith Medal for best on ground and the Doggies finally got there after a 62 year drought.

And adding to the pleasure of the AFL grand final, I didn’t notice any alcohol advertising on screen during the game, so perhaps many of the health experts who have been asking for a reduction or cessation of alcohol ads have finally been getting through.

So Doggies home. And the next day, we strapped on the boots for Festival of the Boot Part 2, with the rugby league grand final in Sydney between the Cronulla-Sutherland Sharks and the Melbourne Storm. 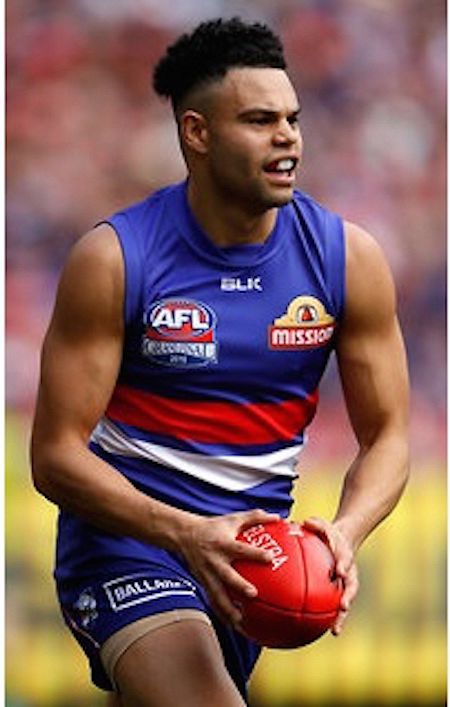 Now, I maintain there is a weird sort of morphic crossover between these two codes, where what happens in one is often reflected in the other.

This was best evidenced in 1977, when Collingwood and North Melbourne played out the second ever drawn grand final, while the same year, up the Hume Highway in Sydney, St George and Parramatta played out a nine-all draw in the rugby league.

Well it occurred again here, in the Aussie rules grand final, it was the Western Bulldogs who hadn’t won a flag for 62 years up against an out of state team, the Sydney Swans.

In the rugby league it was Cronulla, who have never won since they joined the competition in 1967 – the year Harold Holt disappeared – against an out-of-state team.

Like the Aussie rules, where every Victorian footy fan wanted the Dogs to win, likewise everyone in NSW who was taking an interest wanted the Sharks to get their first cup.

However, momentous as all that was, the actual football was of course totally secondary to listening to HG and Roy. They, of course, didn’t disappoint and provided a fecund body of humour.

I won’t repeat it here, as their humour never comes across on the white page with printed word.

However, me and the HG and Roy fans, who flooded the #RoyandHG hash tag all night had a great time.

The Harold Holt connection, by the way, is from another legendarily funny comment from rugby league coach Jack Gibson. Gibson opined that waiting for Cronulla to win a premiership is like leaving the porch light on in case Harold Holt comes home. 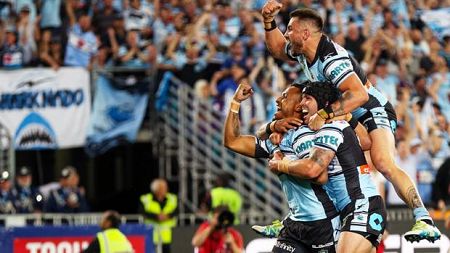 (Gibson also said of former Cronulla great Andrew Ettingshausen: ‘That guy is so quick, he can switch off the light and get into bed before the room is dark.’)

HG did venture his opinion that, later on in the night, we may be seeing Harold Holt singing karaoke somewhere in the Sutherland Shire.

The game itself was again something a reflection of the AFL grand final, with points tight for the entire game.

At half time the score was 8-0 to Cronulla, courtesy of a Ben Barba try in the 15th minute and two goals from James Maloney.

In the second half, the Storm came back into it and led 12-8 at one point, before an Anthony Fifita try in the 69th minute took the Sharks back into the lead, which they held through to the finish to win 14-12.

So, the Sharks are finally on the scoreboard with a grand final win under their belts at long last.

The bulk of rugby league fans in NSW were happy, because the team from the Shire had done it.

My friends and I on the Roy & HG live stream were deliriously happy, as we had access to the two great men again for this one weekend.

And I guess it’s possible that somewhere in the Sutherland Shire in the far south of Sydney on Sunday night, Harold Holt was to be found singing 'I did it my way' at the Caringbah RSL club Karaoke night. 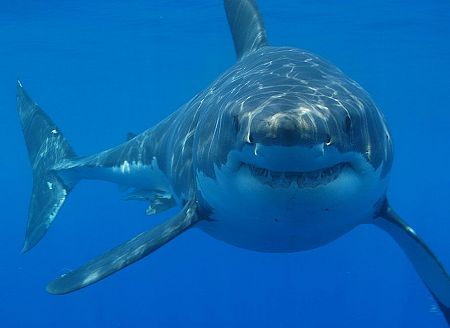 Does this shark look like it’s grinning to you? (Image via sharkobsessed.com)

Wallabies gather around and listen to the closing stages of the @NRL Grand Final on @ABCaustralia this with Roy & HG. pic.twitter.com/aajUQNSY4o 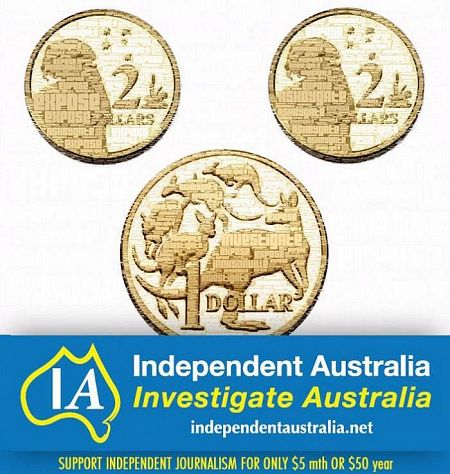