Lisa Mackinnon became tearful as she described her 2009 consultation with Dr Neville Goodwin Davis, an experience that allegedly almost ended in tragedy for her 4-year-old son. The young mum sought information from the doctor about an early intervention program for autism.

Fifteen minutes into the consultation, Dr Davis allegedly told Lisa her son was "bothering" him and that he should go play in the waiting room. Lisa objected, explaining that her pre-schooler was a ‘runner’ who loved cars. Dr Davis allegedly told Lisa the child would be fine because his secretary had an ASD (Autism Spectrum Disorder) grandson, so she would look after the child. Lisa reluctantly did as instructed, thinking Dr Davis wanted to share important information that her son shouldn't hear.

After the child left the room, Neville Davis allegedly insisted on closing his door. Five minutes later, Lisa went to check on her son, only to find the waiting room empty.

When Lisa asked the secretary where her son was, the woman allegedly exclaimed:

"Your boss told me that you were looking after him!"

Lisa ran out of the office, screaming her son’s name. She then recalled her child’s fascination with cars. She ran downstairs through the Allamanda Hospital car park, and spotted her son standing between cars parked on Tweed Street — he was about to step into busy traffic.

Hysterical Lisa returned with her son to the surgery stairwell. Dr Davis appeared, placed his hand on her arm and allegedly said:

"We'd better go back up, Mother. You seem a little upset — but we have to finish up and pay."

“I was in shock, so much that I did pay! I was scarred for years by this, recurring nightmares about what could have happened that day, and the fact that this man is in charge of diagnosing, let alone caring for children and their families that are no doubt doing it tough before they even see him.”

Sally Edwards has no doubts about her encounter with the same paediatrician:

“He can’t practise again. The man’s an animal.”

Sally consulted Dr Davis in 2010 regarding suspicions that her son had ADHD.

“After feeling my child’s stomach, Neville Davis told me my son did not have ADHD but was constipated.” 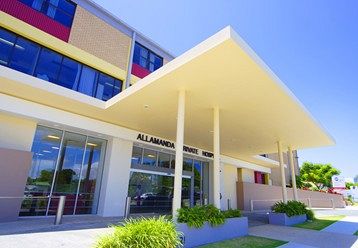 Dr Davis allegedly asked Sally whether she had tried “time-out” as a disciplinary measure to tackle her son’s ADHD symptoms.

“I said yes, but time-out doesn’t work in a shopping centre.”

“Failing that, you hit him with a shoe — hard as you like and you’ll do no lasting damage.”

He detailed which particular shoe to buy. Neville Davis allegedly said he hit his own kids with shoes when they were growing up.”

Sally explained how, when talking about hitting children with shoes, the paediatrician

“…was quite abrasive about it. He was quite excited about talking to me about it. I don’t want to say aroused…”

Immediately following the consultation, Sally lodged complaints against Neville Davis with both her GP and the Brisbane office of the Australian Health Practitioners Regulatory Authority (AHPRA), the organisation which oversees the Queensland Medical Board.

“They never replied to my complaint. But you have to wonder who spoke to whom because the next morning Neville Davis was waiting in my GP’s waiting room. My GP was astounded – he had never known someone to run down to his surgery like that. My GP said, ‘I don’t know what you’ve done. But you’ve rattled him.’”

“He has photos of women giving birth on his surgery wall. That’s not normal when dealing with five-year-old kids. At the end of the day, when you pay $500 to a paediatrician, you’re pretty much at your wits end and you put your trust in these people. I wouldn’t trust him in a room with any of my kids. He’s a monster!”

In 2013, ‘Anna’ took her six-year-old son to Neville Davis regarding a suspected case of ASD. She recognised the symptoms from her other child who had already been diagnosed with the same condition. The child’s school plus a psychologist provided reports for Neville Davis that suggested an ASD diagnosis.

“When I was sitting in the waiting room with my husband to see Dr Neville Davis, I remember seeing an article stuck on a noticeboard with large bold print writing saying, ‘A mother's instincts are always right when she has concerns for her child.’”

Neville Davis half glanced at the paperwork from the psychologist and school.

“He then said that I didn't give him the report from the psychologist — which I had definitely given him. He didn't even notice it was there even though I calmly asked him to look through the paperwork.”

“At this point I was totally disgusted with him in how rude and unprofessional he was acting. He then started to tell me I was a horrible mother and I should have done something sooner. He then went on to tell me that I was trying to rort the system and get the (autism) package when my son didn't really need it.”

“I would share with anyone who would listen or wanted advice on seeing Dr Neville Davis: not to go through the heartache and pain of his total rudeness and disrespectful manner.”

It took three months for Anna to secure another appointment with another specialist. This physician immediately diagnosed her son with ASD.

As her young son walked out of the new doctor’s office, the boy said:

“Finally, Mummy, I can get some help.”

At first, the new mum thought the doctor was being attentive — until she received a hefty bill for the visits which she considered unnecessary and allegedly had not requested.

Jodie said Dr Davis allegedly also insisted she take her baby to him for monthly check-ups.

She described how at these consultations Dr Davis allegedly performed “strange” gynaecological examinations on her daughter:

“He checked my daughter’s genitals to see if they were a healthy colour. He did this on all three checkups. My second paediatrician didn’t do that with my second daughter. I spoke to my friends who said their paediatricians didn’t do that.”

When Jodie took her baby to Dr Davis for her 12 week check-up, she dressed her daughter in an ankle-band rattle. During the consultation, Jodie played with her baby’s foot as she expressed to Dr Davis her fascination with her daughter’s ability to reach normal developmental milestones such as sitting up and smiling. Meanwhile her baby happily kicked the rattle.

Dr Davis allegedly appeared to object to Jodie’s excitement with her baby and the baby’s rattling:

“He told me that he had no doubt that I had ADHD and no doubt that he’d be treating my daughter for ADHD in later years. I told my GP who said there’s no way you can diagnose ADHD at three months of age. My daughter is totally normal; she definitely doesn’t have ADHD — and neither do I.”

Jodie described how she and her mother arrived at one appointment with Dr Davis ten minutes late due to a traffic accident:

“We phoned his surgery ahead to warn him we were running late. When we arrived, Davis made me wait an hour to see him. He was peeking at us from behind his door. There was no-one in with him in the surgery, and the waiting room was empty. When he finally came out he had a smug look on his face. My mother said she felt he kept us waiting on purpose to teach us a lesson for being late.”

“Neville Davis was an arrogant, pompous and vengeful little man.” 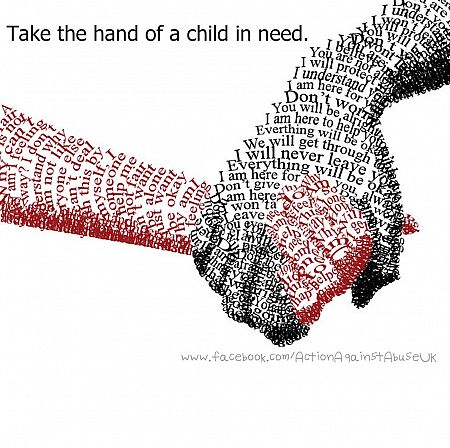 A word for other parents

Sally admitted that when considering blowing the whistle on Neville Davis:

“In the back of my mind I think, ‘Who’s involved?’ and, ‘What trouble I can get in for complaining?’”

“I hope other people who have had bad experiences can come forward too and know they are not alone. I have heard a lot of stories of how badly some other parents and children have been treated — and this needs to stop.”

Comments on social media sites suggest other mothers may have had similar experiences with Dr Neville Davis. If you are one, or have knowledge of alleged child abuse you would like investigated, please contact the editor@independentaustralia.net.

IA has confirmed these accounts, in writing, with each of the mothers as well as provided details to AHPRA and the Queensland Police. Our previous story on Neville Davis allegedly hog-tying a child, along with photos of the alleged incident, was removed from IA last year once the matter became sub judice. You can follow Fiona Barnett on Twitter @FionaRaeBarnett.