SUBSCRIBE   DONATE LOGIN SHOP
SUBSCRIBE   DONATE
How we prevented a Morrison dictatorship
How Howard screwed the Libs
U.S. site tries to ruin what makes fairy bread great
Bloody Idiot of the Week — Episode 28: Get used to it
Morrison's 'politics of retribution'
Crime Analysis

The concerted attacks against comedian Friendlyjordies are simply not funny.

Jordan Shanks-Markovina, known as Friendlyjordies, is a funny man and a popular YouTuber but his incisive investigative videos, which reveal embarrassing truths about politicians and powerful corporations, are ruffling too many feathers, it seems.

Lawyers for Shanks-Markovina, Xenophon Davis, posted a short statement on Twitter yesterday (23 November) revealing that Jordan’s home had been fire-bombed. The suspected arson occurred in the early hours of the morning (approximately 12:20 am) and it was the second such attack in the past week.

Shanks-Markovina was not at home at the time, but police confirmed they are treating the incident as “suspicious” with the damage reported as “extensive”.

IA spoke to lawyer Mark Davis of Xenophon Davis, who said this was a deliberate act of arson.

“If telling jokes about the [then NSW] Deputy Premier warranted a strike-force and deployment of the Fixated Persons Unit, then the deliberate firebombing of Jordan’s home deserves to be investigated by a senior police crime unit.” 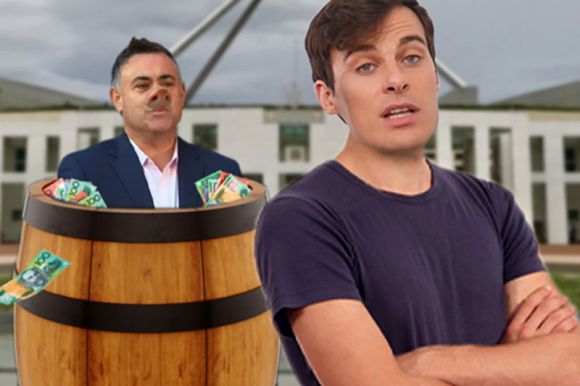 We’ve done some extremely dangerous reporting over the last year of a bunch of extremely powerful people and corporations, there are many people that would want to do that...

I do have a shortlist in my head of who I think could’ve done it. I would hope that the NSW strike force that is supposedly set up for fixated people and terrorists would be looking into this instead of a comedian and his team for six months straight.

The ongoing targeting of Jordan Shanks-Markovina by various people and bodies in recent months has been relentless.

Friendlyjordies' often irreverent work is also usually belittled by the legacy media club. But where they appear to suffer regularly from sensory impairment on matters of corruption, he has instead investigated and exposed many powerful people and organisations.

So, the list of people with a grudge against Jordan is extensive.

It all started with a defamation lawsuit launched against Shanks-Markovina by then NSW Deputy Premier John Barilaro.

Friendlyjordies featured a series of videos, sending up Barilaro and raising questions of alleged corruption, which the Deputy Premier answered by slapping both Friendlyjordies and YouTube with defamation lawsuits.

Shortly after the defamation action, Friendlyjordies' 21-year-old producer Kristo Langker was arrested at his family home by the Fixated Persons Unit (a special police terror division intended to combat acts of terrorism). He was detained for six hours and charged with "stalking" and "intimidation" — despite only having had brief interactions with Barilaro. 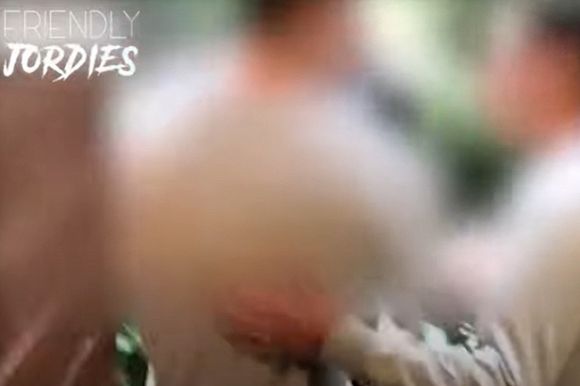 In what Shanks-Markovina described at the time as “a police terror unit being used as a toy for state politicians only famous for pork-barreling”, both Shanks-Markovina and Langker were the subjects of investigation and surveillance by the Fixated Persons Unit for six months.

The bizarre Barilaro situation eventually wound up with police dropping all charges against Langker. Friendlyjordies settled out of court with Barilaro, paying legal costs in the defamation case, apologising for any harm and editing the offending videos. In the Google/YouTube case, the court awarded damages of $715K in favour of Barilaro.

However, not long after the defamation case settled, things got ugly again.

An investigation into ClubsNSW treatment of former employee Troy Stolz led to both Stolz and Shanks-Markovina being charged with contempt in a private legal action by the gambling lobby.

According to Mark Davis, these unusual legal proceedings – which are due to commence on Friday 25 November – effectively make private entity ClubNSW:

"...the prosecutor in a criminal prosecution." 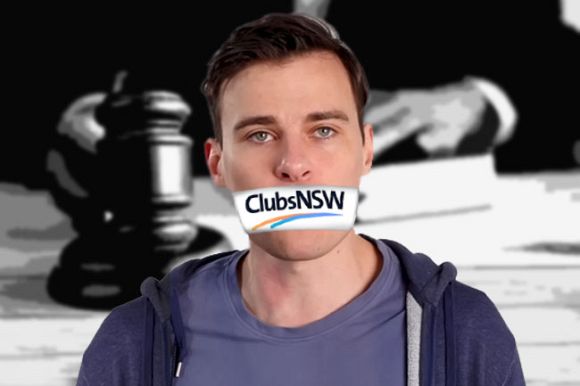 The latest display of power by the gambling industry over a whistle-blower and a YouTuber should disturb us all.

Now, we have two targeted arson attacks on Jordan's private home — attacks which appear to be attempts on his life.

Of course, Jordan was visibly extremely distressed and Mark Davis admitted to IA that the comedian was“certainly not laughing or making jokes about it”.

Indeed, this is no laughing matter. As Independent Australia is well aware, legal threats and ongoing harassment from corporate law firms are bad enough, causing fear, anxiety and often hardship to those who dare to call out corruption.

Specialist terror units being deployed to investigate you and your staff for telling jokes a politician found embarrassing or incriminating, is even more frightening and distressing.

But almost getting killed and having your house burned down, all because your journalism makes some people uncomfortable, is something else altogether.

These acts are called arson and attempted murder. They are serious criminal offences — not funny at all.

In a time where publications are regularly intimidated for reporting the facts and journalists’ lives are threatened for doing their job, the authorities must do as Mark Davis has urged, and devote “every resource necessary” to find the actual criminals here and bring them to justice.

This must happen if any remaining faith in our legal system is to be restored.

This editorial was originally published as part of the Independent Australia weekly newsletter – usually only available to subscribers – and may be read online in the IA members-only area.