The latest display of power by the gambling industry over a whistle-blower and a YouTuber should disturb us all. Managing editor Michelle Pini reports.

IF YOU DON'T KNOW the story about pokies whistle-blower Troy Stolz and ClubsNSW, and what it has to do with Friendlyjordies, you’re not alone.

In a protracted legal battle that has spanned two years, the powerful peak industry body reportedly even labelled Stolz's fundraising efforts to cover ClubsNSW' legal costs as "misleading" and "unconscionable", and:

Stolz, aside from being penalised for telling the truth about his experience, and having to sell his house to pay for the privilege, is also dying of cancer. But that did not stop ClubsNSW from filing additional criminal contempt proceedings against both him and Friendlyjordies' Jordan Shanks-Markovina — the latter for publishing an interview with Stolz about the case.

Lawyer Mark Davis of Xenophon Davis, the firm acting for both Stolz and Shanks-Markovina, told IA:

This is a most unusual process. This is not the court itself or the state prosecutor charging Troy and Jordan with contempt, its ClubsNSW, a private entity, which is bringing this action.

They effectively become the prosecutor in a criminal prosecution. 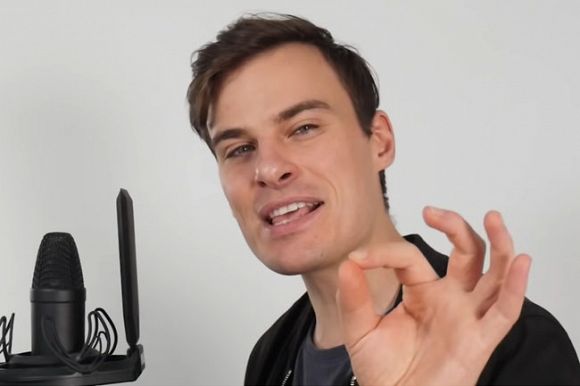 As distrust in the mainstream media grows, independent journalists such as Friendlyjordies are on the rise.

So to recap, ClubsNSW, a private organisation – and itself the subject of scrutiny following a New South Wales Government report which indicated 178 clubs were being used to launder millions in cash – is prosecuting former employee Stolz for speaking out about alleged questionable activities. It is also bringing criminal proceedings against Friendlyjordies for publishing a video of an interview with Stolz, conducted by producer Kristo Langker.

This means both Stolz and Shanks-Markovina are now facing criminal contempt proceedings, which carry prison sentences.

If your head isn’t spinning yet, there’s more.

ClubsNSW also took out an ex parte order to have their court action against Stolz and Friendlyjordies suppressed without opposing lawyers even being present or being made aware of the move. An interim order was granted in July.

There are a couple of relevant pieces of information to wrap our heads around here.

Firstly, the court case itself was not a secret and, since it does not involve state secrets of national importance, it was never the subject of a suppression order — though it would be difficult to know that based on the lack of legacy media reports.

Secondly, ex-parte actions are taken out in secret by one party going before a judge to get a suppression order without the other party being informed. They are usually reserved for high-level criminal cases where it is feared the party being prosecuted may flee the country.

On Friday (2 September), the Federal Court declined to issue the suppression order.

“In short, we have laboured under a suppression order for over a month but we will be vigorously defending this action for both Troy and Jordan.”

Prominent barrister Julian Burnside remarked on Twitter about the case:

‘I hope the prosecution fails: FriendlyJordies does great work.’

Are they frightened of someone speaking the truth about what he observed?

I am seriously hoping they lose.

In the lengthy legal battle, which has been going on for two years, ClubsNSW has tried to bludgeon Stolz with a whole range of litigation for daring to speak out. All the while, the whistle-blower has also been fighting terminal cancer and enduring unrelenting financial hardship.

Unlike other highly publicised fundraising campaigns and despite the righteousness of his case, Stolz's GoFundMe has so far only raised about $90K — a mere drop in the sea of legal costs he is now facing.

Let this suppression order forever sit as testament to the truly awesome power of the pokies industry.

Do you think the average person would ever be able to secure a level of silencing usually reserved for people ASIO are hounding?

Who'd have thought a business based on literal money machines could buy whatever they want?

If you'd like to read more about Troy Stolz's legal battle with ClubsNSW or donate to his crowdfunding campaign, you can do so here.