To cap off a year of bitter turmoil for Australians, people with disabilities and their carers have been left behind by the Morrison Government’s Budget.

The Coalition Government’s own rhetoric, of course, emphasises that no one will be left behind in this "land of opportunity" in which we all get a "fair go". Treasurer Josh Frydenburg’s budget delivery also promoted notions of social responsibility and care.

For those who are young, for those who are women, for those without able bodies or who lack the capacity to work, and for those who aren’t seeking big business tax cuts, there’s not much on offer. The conservative leadership that drove this Budget has casually omitted people with disabilities (as well as their carers) from funding. 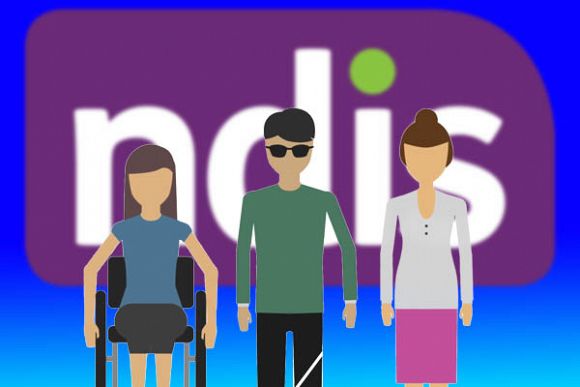 The NDIS would better serve its participants if its workforce had decent pay and good working conditions, writes Nicholas Haines.

That is basic funding that would make a tangible difference in their lives and now service provision will remain inaccessible for many.

To entire demographics and cross-sections of the Australian community, the message is loud and clear: in the Coalition's ideal world of fiscal responsibility and pursuit of prestige (even during a global pandemic and a recession) you still don’t matter.

Despite a cash injection of two $250 instalment cash payments for disability pensioners, many of whom live in abject poverty, it appears some won’t be brought off with a tokenistic sweetener.

Disability advocates were also quick to flag that “extra-funding” to be provided the NDIS was merely reflective of natural growth of the scheme, which was set up to support participants with essential items and services.

Some also wanted a breakdown of how such funding may be allocated, pushing for spot checks and investigators to act as safeguards for people with disabilities against their own NDIS providers. 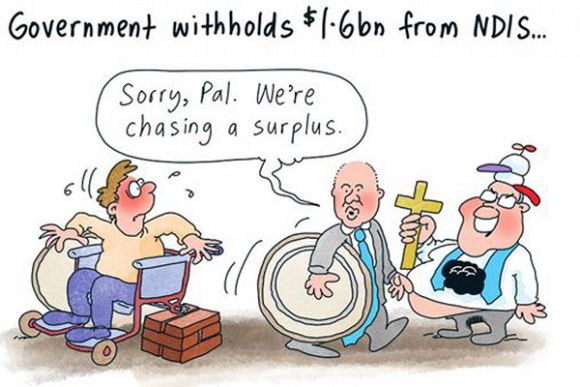 Romola Hollywood, director of policy and advocacy for People with Disability Australia, has been quoted by ProBono Australia as saying:

‘We have learned from the tragic death of Ann-Marie Smith that strengthening safeguards for people with disability to prevent violence, abuse, neglect and exploitation is an urgent priority.'

The same media release highlighted the need to prioritise jobs for people with disabilities, who 'without targeted measures, in a tightening labour market' will continue to be excluded from mainstream employment. Social housing was another area people, “would have liked to have seen leadership from the Federal Government.”

A report in The Guardian also suggested that job seekers with disabilities may face years of poverty. It explains that:

'The number of people with disabilities on jobseeker payment rose from 25 per cent in 2014 to 41 per cent – or 325,000 – in March ... These jobseekers often have a mix of conditions, including psychosocial disabilities that don’t allow them to meet the tight requirements of the disability pension.'

Many of these people could receive only a base rate payment of $40 a day when the COVID-19 supplement runs out.

Peter Davidson, principal adviser for the Australian Council of Social Services perhaps put it in the clearest terms:

'They were already at the back of the queue, but the queue has become a great deal longer.'

Already this year, life in Australia has been a year marred by vicious adversity: fire, the virus and now the farce of the Federal Budget. Each has tested the tenacity and resilience of ordinary Australians.

The truth is, in terms of adequate funding, there’d be more breadcrumbs leftover for ordinary and everyday Australians in a Hansel and Gretel-esque "fairytale" than that handed down by the Federal Treasurer.

According to the ABC, Prime Minister Scott Morrison admitted that the Budget may be one of the most consequential in living memory. 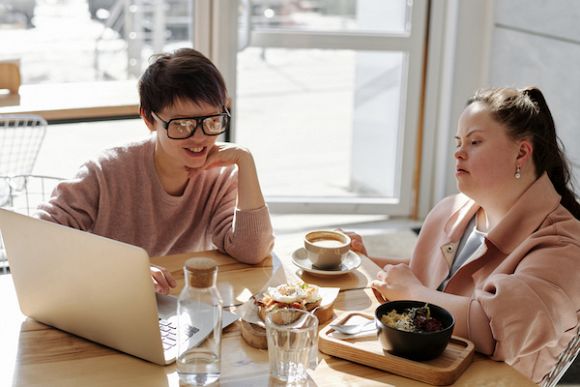 The tide may be turning though.

And some suspect that a few "quiet Australians" are beginning to murmur behind their hands and awaken to their civic duty again. Until "toilet paper-gate", at least, Australian communities have been known for their strength and dynamic resilience. Arguably those most vulnerable are even more so.

Australians are capable of great flexibility and many now accustomed to change.

It’s little wonder that at this point the word on the street is best summarised like this: “It’s time for Australia’s Leader of the Opposition, Anthony Albanese, to please stand up.”

In the year 2020, we’ve never needed a viable alternative quite like now. For some, the time within which to make a tangible difference to their quality of life, is almost certainly running out.

1 November 2020, 4:00pm Living through lockdown while struggling with anxiety and depression, I believed my ...
Join the conversation
comments powered by Disqus
News updates