The father of WikiLeaks publisher, Julian Assange, spoke at two conferences in Italy and connected the Assange case to the abandonment of the human rights system by the states.

The Italian journey of John Shipton, father of Julian Assange, in the last week of March 2022, turned into a lucid series of masterclasses capable of capturing – in an admirable synthesis – everything that we can say about our age. And, in particular, about the obscure impasse that characterises it. Namely, the fact that we have fallen into an abyss in which trampling on the fundamental rights of the human being has become common practice on the part of states.

Invited by the Italian political magazine MicroMega, the Fondazione Lelio e Lili Basso, the cultural association Filosofia in Movimento and the Centre for the Reform of the State, John Shipton made his way into Rome, finding the city more aware of the reality of the Assange case than it was in November 2019, the date of his last journey to Italy.

His first conference, held on 25 March, was attended not only by scholars and journalists but also by activists from the groups that have emerged in recent years in support of Assange's release.

The anti-COVID rules did not allow a large attendance. Still, the association Free Assange Italia sent its representatives and the group Italians for Assange participated in promoting the event through its social channels. 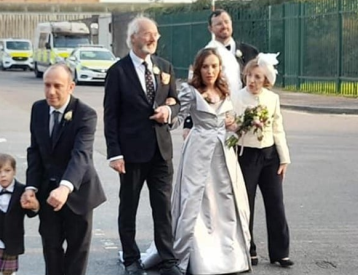 The event, entitled ‘Rights, information and democracy: The Assange case’, saw John Shipton touch on the philosophical and human sensibilities of the audience with a speech focused on what he defined as “a brief list of the magnificent civil creations of the peoples of the world since the catastrophe of 1945”. These intellectual achievements correspond to the system of human rights.

Shipton recalled the critical moments in its development, starting with the Universal Declaration of Human Rights in 1948, passing through the Refugee Convention and the Geneva Conventions, with a first draft outlined in 1864 and then further elaborated after WWII.

Finally, the father of the WikiLeaks editor referred to the principles and norms produced within the Council of Europe, the continent's most prominent institution in the field of human rights (a reality much broader than the European Union, which includes both states that are part of it and others that are not).

With simplicity and kindness, Shipton drew for the audience of MicroMega and Fondazione Basso a map through those non-negotiable principles that represent the most precious conquest that humanity has been able to create in order to describe in letters of fire, after the Second World War, what must not happen anymore and what must be assured to a human being in order to achieve harmonious development for the individual and the whole society.

In front of an attentive audience, Shipton then got to the sore point:

We witness today a collapse – exemplified by the Julian Assange case – into lawless barbarity. Each and every one of those [achievements in the field of human rights] has been abandoned in its wholeness by the author states. The United Kingdom now considers abandoning human rights legislation and instituting what they call a ‘Bill of Rights’. The states now began to introduce legislation based on what is called the ‘common good’ and that common good is decided not by law but by the state's preferences.

Through Shipton's words, Italian scholars and reporters were thus able to observe the deep relationship between the Assange case and such a “transition to the dark side” in recent years. If this dangerous detachment from once non-negotiable principles had not occurred, it would not be possible to have a journalist arbitrarily detained for embarrassing the world's governments by revealing their crimes.

The first conference of Julian Assange's father in Rome thus ends with an appeal for a “renewal of the United Nations” with a return to the rule of law.

Shipton's message reads the present with lucidity and points out the cause of Assange's imprisonment – and many other evils on the planet – in the absence of legal certainty.

The following day, John Shipton set off for Frascati, a town near Rome that hosts an international educational institution known for its excellence in the field of humanities, the Accademia Vivarium Novum.

Bringing together some of the world's leading experts in Latin and ancient Greek, it focuses the education of its students on the two classical languages and music. The atmosphere is that of a temple of knowledge. There, Italian Senator Gianni Marilotti – a long-standing supporter of the battle to free Assange – organised a talk to make young students aware of the WikiLeaks case and its relationship with the right to know and democracy.

Reminding the students that all the facts revealed by WikiLeaks are actual and nobody disputes their truthfulness, Marilotti said that “other people were those who lied”. For example, former British Prime Minister, Tony Blair. 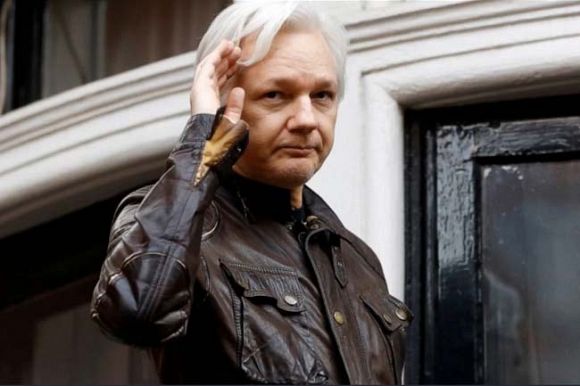 Tony Blair lied to Parliament; he said he had evidence of the existence [in Iraq] of weapons of mass destruction capable of striking Britain. This was not the case. It was a lie. And a commission of enquiry called a few years later by Gordon Brown also said that Blair had not only lied to Parliament but had falsified data and evidence. He asked one of his aides to burn a document from the British intelligence that said very clearly that there was no risk [coming from weapons of mass destruction]. This showed that the war was clearly illegal.

John Shipton returned to the same theme – the illegality of the invasion of Iraq and its destruction – when a student asked how one could decide whether the need for secrecy of documents or the public's right to know took priority.

Among the cables that WikiLeaks released, there was one related to a group of American soldiers that approached a house just outside Baghdad and murdered all of the occupants that lived there — the mum, the dad and the children. They contemplated their crime, thinking that they would get into trouble. They got an aircraft strike on the house and obliterated the memory of those people forever. This was written up by the local U.S. ambassador to Iraq and sent to the State Department in the United States.

Upon its release, it was read by members of the Iraqi Parliament in the Iraqi nation, a destroyed nation. But somehow they gathered up the courage to declare to the United States that the Status of Forces Agreement between the United States and Iraq would not be signed and the United States must thereabout remove all of its troops from Iraq. So a leak and a publication can bring to an end an illegal, heinous war, where one million people died and many millions of refugees were created.

Even after the conference, students from all over the world continued for hours to ask questions about the Assange case and the fight against injustice. Perhaps the most crucial question was how to continue fighting injustice in the face of the governments’ complicity with it.

Answering this question – and encouraging the younger generation never to give up when defending the right of the public to know – were the most critical objectives for John Shipton and the other speakers. As the WikiLeaks founder's father said by quoting Percy Bysshe Shelley: “The only path to freedom is knowledge.”