Julian Assange's lawyer of ten years Jennifer Robinson speaks with Rhys Muldoon about Assange's extraordinary trial and the relationship between the world’s most famous political prisoner and huckster in chief, Donald Trump.

History will not look kindly on the way we have allowed him to be treated ... on the way democratic governments have treated this publisher.

How have your views on democracy changed since you met Julian?
Before I met Julian, I hadn't really engaged as critically as I now have with the subject of democracy and what it means. Going back to 2010, when I first met him, he was a guy with a backpack, sleeping on people's couches in London. And yet he was America's public enemy number one and perceived to be one of the most powerful men in the world, and that's when I properly understood the value of information in a democracy, and the value of controlling information for governments — and the importance of revealing information governments don't want us to know.

The information we didn't know before WikiLeaks — about war crimes, human rights abuse and corruption. What does democracy really mean if we don't know what we're voting for?

What sort of relationship did Assange have with Trump in 2016? Did he deliberately help Trump for his own personal gain?
It’s obvious the Trump Administration has brought unprecedented indictments against Assange, that should be all you need to know about that relationship…

If WikiLeaks had received information about Trump during that election, they have said that they would’ve published it. If they had not published the information about the DNC during that [2016 U.S.] Election, if they had sat on that, WikiLeaks has said that could’ve been criticised as censorship, or as having helped [Hillary] Clinton. The New York Times said they would have published the material had they received it.

There was no doubt there was public interest in that publication during the U.S. Election, as a New York Court has found. Judge John Koeltl emphasised the "newsworthiness" of these publications, describing them as "plainly of the type entitled to the strongest protection that the First Amendment offers". 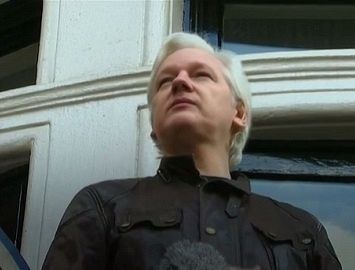 Getting Assange: The untold story

Julian Assange has been vindicated because the Swedish case against him was corrupt.

Where are we right now? When I spoke to you just after the trial, you said the trial had been quite gruelling.
Yes — case is finished, judgement is due in January. Whatever happens, we will appeal. All the way.

How is Julian?
Obviously, it’s very difficult. He’s in a high-security prison. He’s been under some sort of restriction since 2010. Ten years. This is someone who has won journalism awards and been nominated for the Nobel Peace Prize for the same publications for which he is now in prison and faces 175 years in prison in the United States.

You’ve known him for a long time. Has his philosophy changed?
No, absolutely not. No.

But he wouldn’t be allowed near a computer for example?
He has a court-mandated laptop because of the sheer volume of the material he needs to review for the extradition case. But you can only read material on it. He can’t type or make notes.

Our legal team has had huge difficulties in having sufficient access to him to properly prepare his case.

Could you describe the difference in his eyes, his face, his demeanour from the day you met him to now?
When he was dragged out of the [Ecuadorian] Embassy last year, and people were shocked at how he looked, I was not shocked. I have watched his slow decline.

History will not look kindly on the way democratic governments have treated this publisher.

Is there an aspect of this case that you think people have missed?
Maybe some historical aspects that not many people have picked up on: the Pentagon Papers leak by Daniel Ellsberg. What was interesting was that he was saying the prosecution case was thrown out, with prejudice, because of the abusive tactics used by the Nixon Administration, including breaking into his psychiatrist's office.

In Julian’s case, there has been unlawful spying on me, as his lawyer, on our legal team and on Julian’s medical appointments. All of this abusive conduct and behaviour at the behest of the United States. It’s important to ask: “What should we accept from a government today?”

What is acceptable today seems pretty primitive. It seems like we’ve gone backwards.
The kind of abuse the Nixon Administration engaged in with Dan Ellsberg, how he was vilified, for what people now recognise was the right thing to do. He revealed what was going on in the Vietnam War. Now he is revered as a hero. The tactics used against him by the Nixon Administration were enough to get the case kicked out in the United States.

In Julian’s case, the Trump Administration seized legal material from the Ecuadorean Embassy, doctors and lawyers have been spied upon. Dan Ellsberg says this [the Assange trial] is “Nixon and some”, but the case continues.

Who is after Assange? Is it the U.S. intelligence agencies? Is it the Administration? And is there a difference?
As we have learned from the Spanish criminal case against the chief of the security company that was providing security in the Ecuadorean embassy, Trump’s ally and biggest funder, Sheldon Adelson, directed this company to collect information about Julian, and us as his lawyers, and give it to the United States.

Assange was being pursued before Trump. What’s been the difference between Trump’s Administration and Obama’s?
Massive. Look, we’ve known since 2013 that the Obama Administration was concerned about pursuing an indictment because of the First Amendment implications and did not indict him. The Trump Administration? No concerns, they pushed ahead with it.

The timeline is clear. If you look at WikiLeaks after Trump came to power, WikiLeaks published 'Vault 7', with revelations about the CIA. In April 2017, Mike Pompeo gave his famous speech where he said they were working to take down WikiLeaks and that Julian Assange would face prosecution, and will not benefit from First Amendment protection. The next week Jeff Sessions said it was a priority to prosecute Assange. The indictment came later and from the Trump Administration. 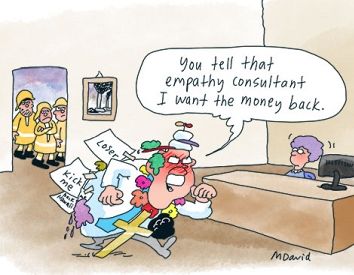 While Australia bleeds, corporate multi-nationals are ripping us off blind, none more so than the major accounting firms.

Why was there such bad blood between Julian Assange and Hilary Clinton?
What do you mean by “bad blood” or their “relationship”? He is a publisher who has been publishing material in line with WikiLeaks’ stated mission, including the Collateral Murder video, the Afghan and Iraq war material and the U.S. diplomatic cables in 2010 and 2011, which were published by WikiLeaks when she was Secretary of State.

WikiLeaks later published material it received about her campaign during the U.S. Election in 2016.

In the same period, WikiLeaks published a huge amount of material – about the CIA, about Syria, about Saudi Arabia, about Yemen, about surveillance technology and trade, about Guantanamo, about a bribery case suppression order in Australia – and more. A lot of powerful people aren’t happy about WikiLeaks’ revelations and what they have shown the public.

Why does it seem like Assange helped Trump? Has Trump just turned on him?
All you need to look at is what Trump has done since he came to power. It is the Trump Administration that has pursued him with a 175-year indictment.

Has WikiLeaks published much against Trump?
They’ve publicly asked on Twitter for material, they asked for Trump’s tax returns, but they haven’t received them. They can only publish what they receive. They don’t hack.