The Australian Football League (AFL) Grand Final, on Saturday night, was always going to be a Victorian affair, even if it had to be played in Brisbane.

The Richmond Tigers mercilessly came from behind, beating the Geelong Cats — their third flag in the last four years.

Would the COVID-19 restricted Gabba crowd, at 30,000, a pale shadow of the traditional full house at the MCG, make this victory, after a season off-base, any less sweet? 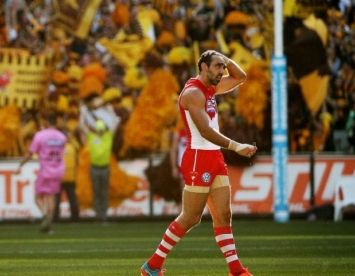 The biggest turn-around going Melbourne’s way, was at the National Rugby League (NRL) Grand Final, in Sydney, on Sunday evening.

The veteran Melbourne Storm side ran out as underdogs, bookies at one point offering $21 for them against $5 for their fancied opponents, the Penrith Panthers — billed as the up-and-coming youngsters.

The Panthers were minor premiers, top of the ladder, and undefeated in their last 17 games.

The Storm had come out of a bruising semi-final against a stubborn Canberra Raiders side winning 30-10 on 16 October, at least promising a tough contest for the Grand Final.

Melbourne faced a partisan Grand Final crowd in Sydney, wanting the “youngsters” to win. Penrith hadn't won a premiership since 2003, so their support was understandably great. 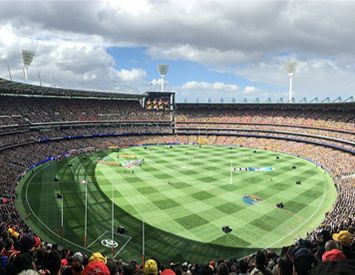 Lee Duffield reports on the one week of the year when life seems to depend on the bounce of a football for both NRL and AFL.

The father and son combination, coach Ivan Cleary and star player Nathan, added to the charm for fans. The crowd being separated-out, for COVID-19, with the 80,000 capacity ANZ Stadium just half full, made no difference to the fervour.

In the match, Melbourne put that to bed in the first half, getting an early penalty try and building on it to leave Penrith scoreless at half time, down 0-22.

The Panthers showed fight, more than the exceptional skills demonstrated right through the season, to grab back some initiative. In the final few minutes, with points tightening and two Storm players sin-binned, they charged the try-line, turning no-hope into some hope, that they might even the scores — or even win.

Melbourne Storm endured a season of chops and changes, with long periods away from home thanks to the pandemic. They would return to Victoria with their fourth premiership trophy, after 23 seasons (they actually won two other grand finals but saw those victories withdrawn over salary-cap issues).

On the female front, the Brisbane Broncos won the NRL-Women’s Grand Final in Brisbane – but then again there are no Victorian teams in that competition just yet. They beat the Roosters (female roosters) 20-10 in Sunday’s game.

The netball was already a victory for Victoria. The Melbourne Vixens, sporting “We love Victoria” insignia on their outfits defeated the West Coast Fever in a tight one, once more in Brisbane, 66 to 64.

That the Melbourne Storm, Melbourne Vixens and Richmond won premierships while living in hubs is extraordinary. Many of their interstate competitors had it easier, writes @AnthColangelo. https://t.co/ubbdKvkc9E

During the weekend, Victoria’s dogged resistance to COVID-19 looked to be paying off. As of 27 October, the 14-day average case number for Metropolitan Melbourne was 2.8, and for regional Victoria 0.2. The number of cases with an unknown cause was six in Melbourne, zero in regional Victoria.

The State Government and health authorities have been resisting pressure from Canberra, and certain business interests, to throw it all open early, saying it’s still too risky – but the limits are now coming off bit by bit.

The virus could not stop the Victorians winning on the sports field. Summer is coming and our hopes might credibly rise.

Once again, yesterday there were no new cases and no lost lives reported. In Melb, cases with unknown source are down, as is the 14 day rolling average. In regional Vic, 14 day average remains stable. https://t.co/pcll7ySEgz#COVIDVicData pic.twitter.com/dVfpCqyBiV