Surpluses recorded by some of Australia's biggest universities have complicated their cases for aid, writes Dr Binoy Kampmark.

WITH THE ELECTION of a new government in Australia in May, the begging bowls were being readied by administrators in the university sector. Bloated, ungainly, ruthless and uneven in quality, the country’s universities, for the most part, had inadvertently made their case for more public funding harder.

Initially ravaged by poor investment decisions, notably in the Chinese market, COVID-19 had threatened to wipe the balance sheets of a good number of Australia’s academic institutions. Despite initial shocks, the storm has been, apart from a few institutions, weathered.

Such surpluses would surely suggest the viability of pay rises for staff, an important point in pay negotiations with stingy university managements.

“There’s no excuse for university management to be hoarding money in such proportions. People at the university are crying out for much-needed reforms. This shows they are affordable.”

NTEU New South Wales Secretary Damien Cahill has also added his view that a number of universities, notably the University of Sydney, “can afford a fair pay rise for staff and to fix the problem of widespread job insecurity”.

The response from the non-teaching, non-research blotter jotters was characteristic. Such ballooning amounts were seen as unusual, one-off cases, arrows out of the blue. Around the corner, revenue-stripping disasters await. The pot of gold needed protection, not distribution.

University of Sydney’s vice-chancellor Mark Scott led the pack with that ill-worn argument:

“While this is a strong result, it is also a one-off result. We are not immune from the continuing uncertain future of international higher education and the growing cost pressures currently affecting the global and Australian economies.”

The University’s own annual report notes how the surplus came about:

‘...mainly due to increases in overseas student enrolments, strong investment performance and non-recurring items including the Commonwealth Government’s $95.1 million Research Support Program contribution and the net gains from the disposal of property assets.’

The picture is one of corporate brands raking in cash rather than educators providing a public service. Some 38 of Australia’s universities, for instance, drew revenue from selling their shareholdings in IDP Education, considered one of the world’s largest international education companies. Prior to the sale, Australian universities held a 40% stake in IDP Education, retained via Education Australia.

While operating surpluses have been registered aplenty, job losses have been unremitting. Thousands of staff have been given the big heave-ho and sod-off treatment even as managers have continued feathering their nests. (All in all, 3,237 fewer permanent and fixed-term contract staff positions were noted in the latest federal government figures.)

The University of NSW topped the league tables in that regard, with 726 fewer full-time equivalent positions in 2021 than the previous year. The University of Sydney shed 223 staff despite recording its best surplus in 172 years. The measure served to reduce employee-related expenses by $60 million.

To these job losses can be added those suffered by the invaluable, long-suffering casual workforce. In a shameful state of affairs, this precarious body of workers, with minimal labour protections and economic security, constitute the vast bulk of those delivering courses. Prior to the pandemic, the number of casual employees working in Australia’s universities is estimated to have been in the order of 100,000. Losses of 4,258 full-time equivalents in 2020 were registered, but other higher assessments abound. 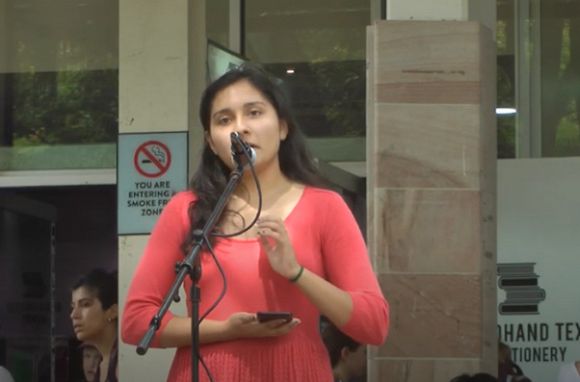 Queensland University has dropped plans to demolish its student area and develop it as an enterprise hub, which may mean unis are pulling back on excessive campus-building.

Before this spectacle of inequity basks that species of lamentable administrator known as the vice-chancellor. The Australian variants of this office have persistently proven to be untrustworthy and unworthy. For years, their obscene pay packages, their decisions to reduce able staff while still maintaining their own inflated salaries and the tribunate that surrounds them deserved an anti-corruption inquiry.

The scope of such an inquiry would have to be oceanic and vast, from teasing out the grounds for ludicrous investment choices to rules stifling free speech and academic freedoms. Along the way, the habitual resort to non-disclosure agreements, the use of codes of conduct as silencing bludgeons and the almost total absence of solid anti-whistleblower provisions could be looked at.

Instead of being interrogated by appropriate QCs and chased up with a sharp summons, these managers only grow in number, the mould of administrative disaster, undermining academic health at every turn and creating the next absurd brand they call a “university”.  With each semester, new positions are created with names disturbingly reminiscent of industrial cleaning products: DVCs, PVCs, deputy PVCs and whatnot. These fatuous appointments are subsidised, in turn, by the labours of ailing, overworked staff, contemplating ruination, dejection and suicide.

The education system has been in sharp decline in inverse proportion to the financial returns being hailed. Throwing public money at these beggars in surplus, an otherwise sensible proposition that could shield the sector from the ravages of impudent investment decisions, looks less appealing on closer inspection.

Without deep, remorselessly brave reform, one that directly decapitates the officialdom of university management, good money will be thrown after ill-gotten gains.