This concerns Wikileaks obtaining and jointly publishing U.S.-classified data with leading outlets in 2010.

Assange remains imprisoned for this, after serving a maximal sentence, ostensibly, for breaching bail in connection with a closed investigation for sexual assault allegations made by Swedish police.

Remand for extradition requires an indictment having been the basis of an arrest. Approval must then come from the Home Office for the Court to process the matter. 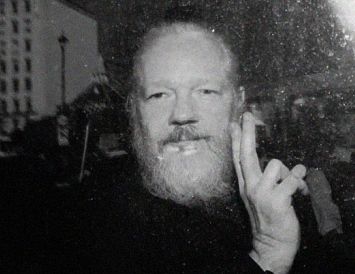 The same media that has spent years dragging Assange’s name through the mud is now engaging in a blackout on his treatment.

But Judge Vanessa Baraitser has scheduled a new arrest of Assange at the first hearing. Her rationale is that she is powerless to reject a superseding indictment – despite its submission a year past the deadline – or to accept it in any way apart from just:

This third indictment was filed – to the detriment of a year of preparation made by the defence – last week by U.S. President Donald Trump's Department of Justice.

His Administration has often been described by the media as hostile toward it, in multiple contexts including editorials in prestigious broadsheets opposing extradition of Assange.

The First Amendment to the U.S. Constitution prohibits any law that abridges 'freedom of speech, or of the press'.

Yet the Espionage Act of 1917 and the Computer Fraud and Abuse Act have increasingly been used in contravention of that provision. Assange is accordingly facing 175 years in prison, effectively the term of his natural life, under conditions widely denounced as purposely inhumane.

The United Nations (UN) maintains that Britain must free and compensate Assange. So why hasn't it done that and why hasn't Australia insisted on it?

The reason is essentially pretence, based on a shared agenda with the U.S.

The attitude of European institutions is changing after years of silence. In this case, it was Andrej Hunko and Gianni Marilotti that convinced the European Assembly to speak up.

Britain does not deny that it is bound to uphold the relevant international laws, because it incorporated them into its domestic law by way of ratification. Nor does it dispute the matter in further detail with the UN. It simply acts as if there is nothing to answer for.

But unless the UN errs regarding their interpretation or application of these laws, the ratifying country is strictly bound to accord with any given ruling.

It can then be held to account, for instance, by journalists. Their role is to seek comment from that government regarding the UN view of how the law applies, report critically on resulting silence or statements as needed and repeat until the matter is resolved.

Yet the press has never seemed to realise that this is its job. As a consequence, many apparently feel there is nothing binding about international law. Some even entertain the barbarous notion that without corporeal force to back them up, UN rulings and statements are just incidental fluff.

So when the media and society as a whole are negligent, courts and politicians get away with thumbing their noses at that UN and generally carrying on as if it didn't exist.

Likewise for civil servants, as shown by a recent comment from Dennis Richardson, formerly Australia's Director-General of Security, as well as Secretary of the Department of Foreign Affairs and Trade.

Though he nodded to Australian intervention for a journalist in Egypt, that was different in his view, since Assange is in the UK and “last time I looked the UK was a liberal democracy”. 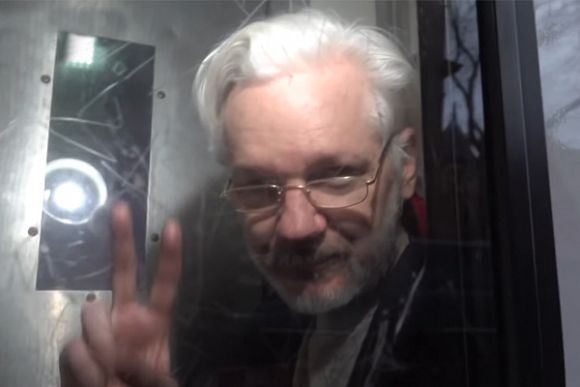 Ending the torture of Julian Assange

Voices from all over the world, including human rights organisations, have been condemning the treatment of Julian Assange.

By that line of reasoning, either the UN is mistaken to identify torture and arbitrary detainment in Britain, or there is no actual problem with that being perpetrated on our citizen there.

In short, nothing calamitous would ever get past the “learned judges” in the UK, as Richardson describes those who preside over Assange's “fate".

Yet these judges show contempt for the position of the UN. This is not because they have a better sense of how the law applies in this case or are more impartial. On the contrary, just by virtue of being UK judges, they have a conflict of interest when appraising any ruling applicable to their country.

Nor have they generally been so qualified or familiar with details of the matter as the panel that spent sixteen months weighing submissions from all parties. Britain also lost an appeal after having agreed to abide by the decision, which of course, it did not.

But according to Richardson – who effectively spoke for the generally mute leadership of Australia on this matter – so long as the UK is a democracy it should not be accountable to us for its treatment of Assange. If a democracy tortures our citizen, we can live with it.

While some let the matter slide this way, Britain is in violation of legal obligations as determined by the appropriate authority. It is unreasonable to hold that its courts should be left alone to continue in such violation. The matter should be taken from the courts by the politicians that sent it to them. The prosecutor, judges and politicians should in the meantime be made cognisant of how they need to meet Britain's obligations under the arrangements it committed to. 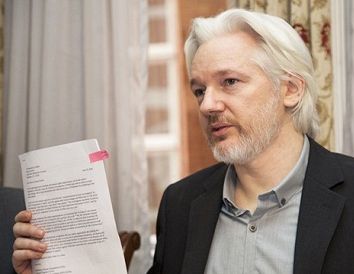 The slow-motion crucifixion of Julian Assange

What is happening to Julian Assange is nothing short of torture and a denial of his human rights, says John Jiggens.

Specific details of the case should not be excluded from that education, as the UK needs to be pressured into compliance by all civil means.

Yet the mainstream media has never taken this issue by the horns and is only just coming around from having contributed to the problem. It might have prevented or solved it and could still win the day, contingent on nothing but its own resolve.

Furthermore, Australian Prime Minister Scott Morrison has ample power to successfully intervene for Assange and has been advised to that end by prominent legal experts, among others.

Indeed, how could Britain remain defiant if he so much as hints at commenting openly on its failure to comply with medical advice to move Assange to an adequate hospital?

If the press or Morrison are unprepared to act in these ways, it is mainly because of the catch-22 that Britain's illegal and unconscionable action goes unremarked in public. Such quietude is no less malefic than meek, as it continues to enable outrages by leaving deferential trust in place.

To reiterate, as the authority to rule on such matters, the UN has found that Britain is mistreating a publisher for the U.S. This is no trifling technicality. 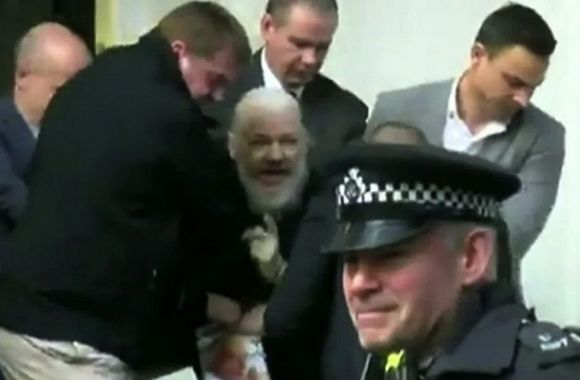 Academics, journalists, security veterans, whistleblowers, authors and artists have urged the PM to intervene for Julian Assange's transfer to a suitable hospital.

Australia can even sue Britain in its own courts if it fails to provide medical care that Assange has been determined to require. This would evidently leave the UK with no means to continue the pretence of due process. Yet long before it came to that, Britain would simply capitulate with whatever optics are needed to soften the blow to its pride.

The key phrase is "abuse of process" and the pivotal authority is the UN. With any passable media or parliamentary focus on these concepts, even Morrison will be swept along to rescue Assange. He has no means to improve on Richardson's attempt to wave British abuses out of view, especially since the media began to reveal aspects of the broader injustice.

Some are apparently too proud of lacking sympathy for Assange to abide any defence of him. Nevermind if such defence is derived from politically motivated retribution for publishing authentic documents, found to be in the public interest by major outlets around the globe. It seems they would sacrifice any point of difference with totalitarian regimes just to be sure that he doesn't suffer any less than he might.

The Convention Against Torture (CAT) is ratified in the U.S., UK and Australia. Its second article states that:

'No exceptional circumstances whatsoever, whether a state of war or a threat of war, internal political instability or any other public emergency, may be invoked as a justification of torture.'

By article 1 of the CAT, every official who acquiesces with torture anywhere contributes to their state's culpability for it.

The Australian consulate in London has not assisted or rescued Assange from documented torture. If that was part of its job, then the buck stops with Scott Morrison to ensure it does the job.

Likewise, if that was not its job then the buck stops with Scott Morrison to do the job himself or get Foreign Affairs Minister Marise Payne to do it.

Dr Simon Floth is an Australian analytical philosopher who has lectured in metaphysics and logic at the University of New England.

29 August 2020, 4:30pm On the 7th of September, Julian Assange is scheduled to appear in a British court ...
Join the conversation
comments powered by Disqus
News updates