Apologies to Independent Australia from Angus Taylor, Mick Fuller and others

Welcome along to Independent Australia’s annual Christmas Party, here at the Rose of Australia Hotel in Sydney.

Before we get into the speeches, I would like to pass on some apologies from some other distinguished guests who would have loved to have been here, but were unfortunately unable to make it.

Firstly, Energy Minister Angus Taylor couldn’t be here tonight. He was going to be here, but he said the PDF he downloaded from the IA website apparently had tonight’s event on December 14, 200019. Our IT people are looking into this at the moment.

Angus was also kind enough to pass on the apologies for Sydney Lord Mayor Clover Moore who, he said, was on a month-long tour of Europe and the Mediterranean, with a dozen or two of her personal staff. That was very decent of Angus to pass along the Mayor’s apologies.

Australian test cricket captain Tim Paine was really looking forward to being here tonight, but, unfortunately for us, he was overruled by Steve Smith.

NSW Police Commissioner Mick Fuller couldn’t make it. He said he would have liked to have been here, but it was bin night, so…

However, in passing on his apologies, he did issue a short statement about the recent controversy involving Angus Taylor, which he asked to be passed on to Independent Australia subscribers and supporters.

Following reports in multiple media outlets about an investigation involving NSW Police into an alleged forged document emanating from the Sydney City Council publicly accessible worldwide web internet website, I can confirm that my offices did receive a telephonic phone call last week from a known associate of myself, a male gentleman of Caucasian appearance, approximately 50 to 60 years old, who goes by the street name of “ScoMo”. Allegedly also answers to the name “Prime Minister”.

I can also confirm that we are assisting this gentleman with his enquiries.

Without going to the substance of our top-secret investigation, I can reveal that allegations against a certain 50-to-55-year-old Rhodes Scholar of suave Caucasian appearance and who answers to the name of Angus, or the sound of money, are absolutely without substance.

There was just one last message received, this one from Prime Minister Scott Morrison. Not exactly an RSVP, it just reads: 'How good is Mick Fuller!' 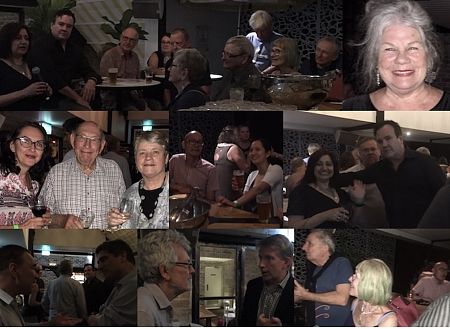 This is an excerpt from a speech given by managing editor Dave Donovan at the Independent Australia annual Christmas party, which this year was held at the Rose of Australia Hotel in Erskineville, on Wednesday 4 December 2019 and which was attended by about 60 IA subscribers and supporters. A great time was had by all.