The case of the increasingly vocal lobby groups against wind farms in populated areas is based on the idea that widely accepted scientific principles are wrong. Stephen Luntz busts the myths. 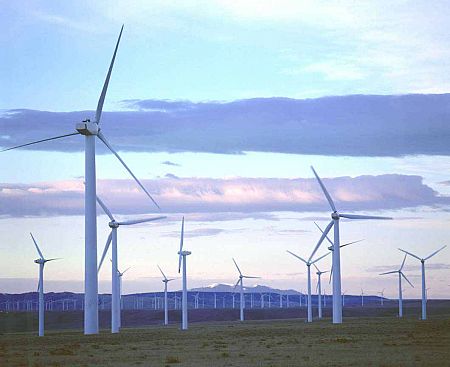 ONE OF the first questions science writers get asked is: what is your favourite field to write about? I usually say behavioural zoology, but I am at heart a physicist. I retain some elements of the view that produced such arrogant statement's as Rutherford's claim that:

“physics is the only true science, all else is stamp collecting”.

I do not believe this, but I do indeed believe that chemistry is, at base, a specific application of physics. Biology, in my view, is a specific application of chemistry (plus a little direct physics). One of the things that leads to it is the conclusion that the most well established laws of physics take precedence over anything some might claim about biology, particularly medicine.

This is why I regard homeopathy as evil nonsense, while I am fairly open minded about lots of other “alternative” medical theories. For homeopathy to work as anything more than placebo, most of what we think we know about chemistry and a lot of physics must be deemed wrong. There's no other option.

One of the most basic principles of physics is the inverse square law.

For anything that obeys this law, and that is an extensive list, doubling your distance from a source reduces your exposure to a quarter. In some cases it's more complex than that. Some things can be channeled or obstructed – the shape of the sea floor can mean an island further away from the source of a tsunami is harder hit than one closer in – but a simple inverse square relationship is almost always the starting point.

I'd say this wasn't rocket science, except you've got Buckley's chance of understanding the behaviour of rockets without grasping the inverse square law.

Nevertheless, it is something that appears to have been completely disregarded by the governments of our two most populous states — the places home to our most advanced physics research institutions.

Both Victoria and New South Wales have legislation allowing anyone living within two kilometres of a proposed wind turbine to scuttle the proposal. While visual amenity may be a factor in this, the justification will always come down to the supposed effects on health, caused by “wind turbine syndrome”.

Currently there is no strong evidence that wind turbines, at any distance, cause the multitudinous effects attributed to them. Nevertheless, it is entirely credible that living 100 metres from those whooshing blades could cause at least some of these symptoms, particularly headaches which, in my experience, can be produced by pretty much anything.

Under the inverse square law, at the distance of one kilometre, effects will be one hundred times lower than at 100 metres. Think about that. If living a kilometre from a turbine can give you headaches, just standing 100 metres away should cause your skull to explode.

Yet some of the opponents of wind farms go much further. Lobby groups are pushing for 10 kilometres set backs. This distance from wind turbines, according to all credible science, produces effects 0.01 per cent of those experienced at 100 metres. One individual has claimed to be able to detect wind farms 70 kilometres away. This time, the sound energy experienced would be, on average, 490,000 times less intense than for someone located 100 metres away.

It may seem unfair to pick on the most unhinged elements of the opposition case but, in fact, the claims for effects at 70 kilometres are no less credible than those at two kilometres, let alone 10 kilometres.

All rely on subjective reports and are incomplete contradiction of everything we know about the physics of sound.

It is true that intervening hills have the potential to shape and focus sound waves in such a way that concentrations might occasionally be higher at more distant points than closer ones. This capacity, however, is far from infinite.

Moreover, turbines are usually placed on the tops of hills or ridges for the rather basic reason — that is where the wind is. This also happens to also make it hard for lower altitude topography to have much impact.

Importantly, the inverse square law applies not only to audible sound but to “infra-sound”, that is, sound waves at frequencies too low to be heard by the human ear.

Low frequencies travel better than high frequencies, but they still experience an exponential drop off with distance. Moreover, the inverse square law applies to travel through any medium, be it air, water or earth. This rules out claims the problem is a result of low frequency vibrations making their way through the ground.

Should anyone be able to demonstrate wind turbine sickness at a distance of close to two kilometres they would be eligible for not one, but two Nobel Prizes.

They'd not only have a decent shot at the honour for Physiology and Medicine but would be dead certainty for the Physics prize.

Labor and Coalition: Parties in reverse

4 August 2013, 10:00am The Labor Party and the Coalition both market themselves in certain tried and ...

21 April 2013, 7:34am The case of the increasingly vocal lobby groups against wind farms in populated ...
Join the conversation
comments powered by Disqus
News updates