When Lachlan Barker wrote that headline, we could hardly believe it. We know coal seam gas (CSG) in Queensland is an immensely damaging and unpopular industry but at a cost of $23 billion year? Lachlan explains why.

CSG IN Queensland is dominated by three companies, Santos, Origin and QGC. These companies, in combination with Arrow Energy in the Bowen Basin plan to drill 40,000 wells in Queensland to provide source gas for the three liquefaction plants at Gladstone.

There, in Gladstone, the gas will be chilled down to a fraction of its gaseous volume and put in gas container ships as Liquefied Natural Gas (LNG) and then sent overseas to the clients of these companies, mostly Japan, China and Korea Republic (formerly South Korea).

As has been widely reported, Australia seeks to overtake Qatar as the world’s largest LNG supplier, moving to export 75-80 million tonnes of LNG a year. (Qatar’s figure stands at 77 million tonnes per year.)

Currently the bulk of Australia’s LNG comes out of Western Australia, but with the Queensland LNG plants coming on line, 25 million tonnes a year of east coast LNG out of Queensland will be added.

Although please note, there is no certainty about this 25 million tonne figure. Gas demand in Asia is increasingly uncertain, and it is becoming clear that three LNG plants at Gladstone is too many. Already Santos and QGC – the two companies already exporting – are reporting severe profit downturns and the race to see who can survive is on. 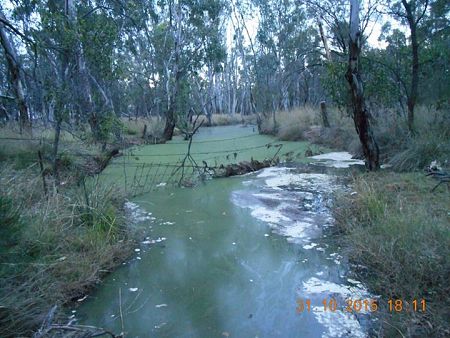 So if all three companies miraculously survive, and Queensland begins exporting 25 million tonnes of LNG per annum, then the math below shows the damage the CO2 will do.

It begins with a report from the Climate and Health Alliance (CAHA), which gave the reported costs of the damage from CO2 emissions.

‘Evaluations of the social costs of carbon are highly variable and range from $37/tonne of carbon dioxide emitted to $190/tonne.’ [Values in US dollars]

Social costs of carbon are related by CAHA as:

These damages include health and property damage, impacts on agriculture, damage to ecosystem services, and other welfare costs associated with climate change.

The method of establishing this cost is known as the ‘social cost of carbon’ — essentially a monetized estimate of the damages caused by emitting an additional tonne of carbon dioxide in one year.

Estimates of the social costs of carbon vary widely.

The low monetary figure from the CAHA report – US$37 (A$44) – would therefore indicate a social cost damage bill of A$3.4 billion a year.

Just as I was on final approach with my math I discovered that these numbers have been updated for 2015. 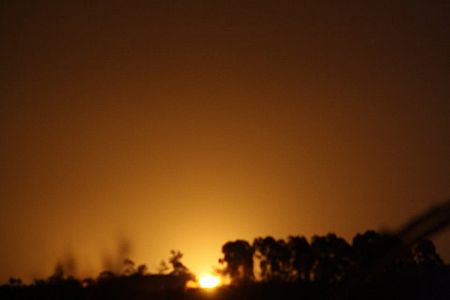 A new study published in Nature Climate Change, and reported by standford.edu reports a new figure of US$220 (A$309) a ton, or US$240 (A$344) a metric tonne. So that calculates out to a projected social cost of A$23 billion of damage done by Queensland’s gas a year at full production of 25 million tonnes.

The on-ground destruction of Queensland by CSG is slated to last thirty years, so if that holds true, by the time the industry winds down, emissions from CSG/LNG in Queensland will have racked up A$690 billion worth of damage.

So is it worth it? Short answer: No.

Currently the price of LNG is A$614 a tonne as Santos reports in their Q3 production report. The LNG price is linked to that of oil for various historical reasons, and the projections see the oil price may go to US$70 from where it currently resides at ~US$50.

If the price stays in this band, and most conjecture is that it will, then income from Queensland’s LNG will be in the A$15-20 billion per annum. Royalties from CSG in Queensland run at around 10 per cent, thus yearly income from CSG to the Queensland taxpayer will be A$1.5-2 billion.

After thirty years, CSG will have earned A$45-60 billion for Queensland.

But, meanwhile, the burning of this gas will have wreaked A$600+ billion of damage to the Earth and we, the people, thereon. You don’t have to be a math whiz to see how appalling that would be. 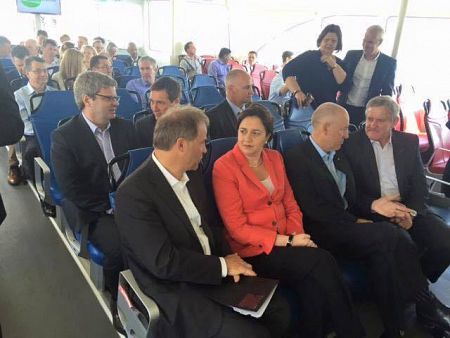 Qld Premier Anna Palaszczuk accompanied by Treasurer Curtis Pitt (2nd from right) with Santos CEO David Knox and former federal Resources Minister Ian Macfarlane at opening of Santos’s LNG plant. This was just two days after George Bender killed himself because of the same industry. (Photo FB No.2 Gas from the Pillaga.)

There is still time for the Palaszczuk government to shut this industry down completely.

CSG has been responsible for one death categorically — that of George Bender who suicided in despair at being unable to keep the CSG industry off his cherished farmland.

After thirty years of this appalling destruction – on ground and in the air – the monetary damage bill will be in the hundreds of billions. And, of course, worse than the financial cost, the toll in human death and misery from the climate damage will be even greater.