Plunging coal prices and slump in demand from India and China highlights the sheer stupidity and fiscal lunacy of both Shenhua’s Watermark and Adani’s Carmichael mines. Lachlan Barker reports.

The first story to wave yet another black flag was this one from Reuters, headlined:

Adani, for those not up with the debate, wish to construct a gigantic mine – Australia’s largest – in Queensland’s Galilee Basin. It would mine 60 million tonnes of coal a year at peak for export to India.

The problem with that is that India have repeatedly stated their goal is to cease imports of coal so as not to be at the behest of global coal price fluctuations.

India has two main strands to the cease-import-of-coal bow. Firstly, India is moving to rapidly, indeed scarily, increase their domestic coal production, mostly through their largest entity Coal India. This is bearing fruit and at last count gone up ~50 million tonnes in the production year 2014-15. 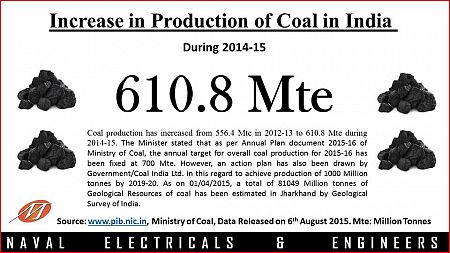 The second strand to India’s bow is a massive uptake of renewable power usage, projected to be 40 per cent by 2030. If India achieves this, and all signs are that they will, then with near half their power coming from renewable, imported coal will clearly be totally surplus to requirements.

In addition, a whole lot of other things are being improved to increase domestic coal production. Fixing the finances of the mid-range power companies – discoms as they are called – and improving the rail service to the coal mines are two examples.

So with India going hard to cease coal imports it fully begs the question what are Adani playing at here in Australia?

Why do they keep pushing this transparently non-viable coal mine in the back blocks of Queensland?

Tumbling cost of #solar in India another nail in #Adani’s coffin. Any adults in COAL-ition listening? https://t.co/NqQS2MDTPN

Well it seems that Adani are simply getting their approvals in place in case the coal price turns around.

If that happens – this sudden inexplicable and unlikely surge in the coal price – they will head out to the Galilee Basin and start digging up the coal.

Now this is a policy of mistaken optimism writ large.

The global seaborne coal trade is in structural, not cyclical decline. And, indeed, just some cursory maths crudely demonstrates why Adani’s mine is going to fail.

The current weighted average costs for thermal coal production in Australia is US$53/tonne; the current coal price is US$58/tonne.

Adani are planning to build the mine at a cost of ~US$10 billion, with average yearly production slated to be 40 million tonnes (60 million is the peak off take) thus raw profit would be US$200 million a year.

So at that rate, it will take Adani 50 years just to pay off the capital investment. A ludicrous situation, further exacerbated by the coal futures indicators telling us that even the paltry US$58/tonne price is going to go down, to $50 or below.

That can be read here in a Reuters story headlined:

We read that with considerable interest because as you can see, if the price of thermal coal drops below US$53, Australia’s coal miners will be making no profit at all.

Once more, we are left wondering how long can they keep trying to fool us that coal is a viable industry and that mines like Adani’s are viable projects?

Frydenberg has lost the plot over coal. https://t.co/Y97XUOBSyu

Then there is Shenhua’s proposed Watermark mine on the Liverpool Plains of Western NSW. Again, a highly controversial mine mainly due to its location in the heart of some of the most productive agricultural land on Earth.

The fertile beauty of the Liverpool Plains

‘Wrong mine in the wrong place’ as opponents have accurately described it.

This mine is, likewise, already a stranded asset in the making.

The fiscal plan for Shenhua is to mine 10 million tonnes of coal a year at Watermark and ship it to China.

Now the problem here is that another wire service story this week is headlined:

There are again two main strands to China’s reduction in coal usage.

First, the Chinese central government seems to be moving to prop up local suppliers ahead of any importer.  Additionally, China is seeking to reduce air pollution, and a massive reduction in the burning of coal will play a major part.

So simple lack of demand is the issue for China.

Here is one telling paragraph from that story:

The article does say that Indonesia’s coal exports to China will be hit hardest — this because Indonesia’s coal is, generally, of a lower quality than Australia’s. However, before the Australian coal industry breathes a sigh of relief we then read this:

‘Colin Hamilton, head of commodities research at Macquarie, said he also forecast Chinese 2016 coal imports to drop by around 25 million tonnes and in the long term it was possible they could fall to zero.’

And, of course, China is also doing big things in the area of renewables, aiming for 26 per cent by 2030.

So, clearly, there is zero requirement for Shenhua-Watermark’s paltry 10 million tonnes a year. 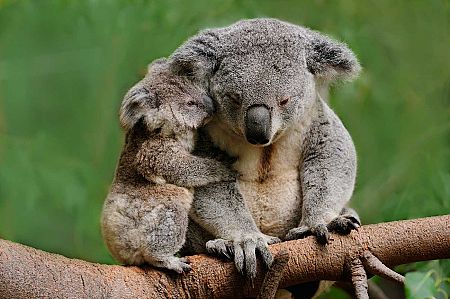 Gunnedah district is home to the largest inland population of koalas under threat from Shenhua. Which is our most precious asset?

Of the other big two coal export destinations for Australian coal — Japan and Korea Republic (formerly South Korea) — it’s a story of steady state mostly. Thus they provide no alternative destination for the coal unwanted by China and India.

Japan is projected to decrease coal import from 148 million tonnes in 2015 to 145 million in 2016, essentially steady state with only a ~2 per cent drop. Compare current 30 per cent drop for China.

However, there is always in the background the prospect of Japan restarting its nuclear fleet. This process has begun and is more likely to affect the volume of imported gas than coal, however, there will be a likely further small drop in imported coal requirements.

Korea Republic’s coal imports are projected to rise 2 per cent from from 2015 to 2016. Again, essentially no change.

So with Japan and Korea Republic unchanged, China already reducing and India scoping for zero coal import in the very near future, it highlights the sheer stupidity and fiscal lunacy of both Shenhua’s Watermark and Adani’s Carmichael mines.

There is a case for simply running down the clock on existing Australian mines and using these currently operating mines to fulfill any lasting export contract obligations.

There is no, repeat NO, case for opening any new mines.

Want to know what the COAL-ition is up to? Subscribe to IA for just $5.