While progress has been made internationally, Australia seen as laggers not leaders due to a domestic climate effort mired in ignorance and suspicion, says Peter Boyer.

WARNING FIVE years ago that decarbonising the economy had to start immediately, the Australian Climate Commission designated 2010-20 as “the critical decade.” Here’s a progress report as we enter the second half of that decade.

In 2014, the world had its warmest year on record, then again in 2015, by the biggest margin ever. Nineteen of the past 24 months broke the record for that particular month, including every single completed month since April last year.

Both the Greenland and West Antarctic ice sheets continue to lose ice at an increasing rate and with Arctic sea ice cover having just passed its lowest winter maximum ever, it seems certain that the 2012 record minimum will be broken during the coming northern summer.

Straight after Australia’s warmest summer on record, last month was its warmest-ever start to autumn. Sea surface temperatures off eastern Australia have been at record highs for many months.

So global warming is here. What are we doing about it? 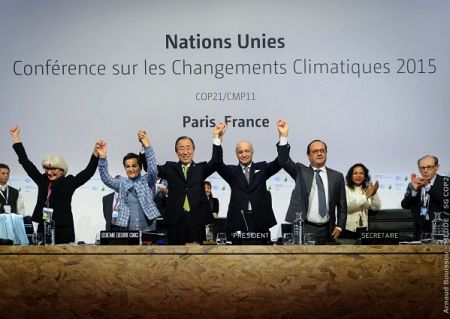 After some ambivalence under Tony Abbott and despite pockets of minority resistance, the Australian Government and all state governments now accept as fact that man-made climate change is happening and we should reduce carbon emissions. More progress.

But – and it’s a big one – the Federal and most state governments fail to acknowledge the stark responsibility that accompanies the pledge to turn around emissions.

The amount of carbon in the atmosphere continues to rise, as do Australian fossil-fuel emissions. Governments disguise this bothersome fact with a convenient reporting protocol merging fossil fuel and land management data, creating an illusion that we’re reducing emissions when we’re not.

Somewhere on the way to leadership, Malcolm Turnbull lost his enthusiasm for climate action. Now we have the irony of an overzealous CSIRO management using Turnbull’s focus on innovation as a reason to decimate Australia’s climate science capability.

In a searing open letter to Marshall last week, Church described the decision to cut climate science jobs as a “major failure” that defied the intent of the Paris agreement and denounced Marshall’s implication that CSIRO climate scientists were resting on their laurels on a path to mediocrity.

I would prefer to leave that sort of judgement to stakeholders, national and international colleagues and reviewers and editors of journals like Nature.

I demand that you stop being disrespectful and insulting to your staff who have given so much of their lives in service to CSIRO and Australia.

Internal management emails written in the lead-up to the announced job cuts in February, released ahead of a Senate budget committee hearing in Canberra last week, showed management’s ignorance of the vital global role of CSIRO’s southern hemisphere modelling and measurement.

It’s no surprise that both the emails and the hearing itself revealed an organisation prioritising money-making science above science for the public good. It fits with the Abbott Government’s selection of a venture capitalist as chief executive and its withdrawal of public funding for non-commercial science.

There’s been no effort to revisit this latter move, to address the damage it’s doing to open, objective scientific inquiry. To their credit, Tasmanian premier Will Hodgman and his energy minister, Matthew Groom, have met with Marshall, two Federal ministers and the PM to protest the job losses. Top-level political intervention could resolve this quickly.

But other forces are at play. There’s been scant objection from coalition MPs to the CSIRO staffing cuts because many of them believe the fallacy that climate scientists aren’t real scientists at all, but left-wing activists.

None of this looks much like progress. Science continues to show that we must lower emissions today to avoid centuries of climate damage but,as this critical decade approaches, its close governments are choosing to avert their eyes. That deserves our strongest condemnation.

BILL McKIBBEN, author of the first popular book on climate change (published in 1989) and co-founder of the global movement 350.org, will be visiting Australia this month. He will be presenting two talks in Hobart and Sydney on the theme: "The hottest year ever, and the hottest battle of our generation". In Hobart, Bill will deliver the Bob Brown Foundation’s annual Hobart Oration at the Stanley Burbury Theatre, Sandy Bay, from 3pm on Sunday, 17 April 2016. In Sydney, 350 Australia will be hosting a talk and Q&A with Bill at Paddington Town Hall, 249 Oxford St, Paddington on the 21 April at 6:30-8.30pm.

This article was originally published on 12 April 2016 in SouthWind and is reproduced with Peter Boyer's permission. You can follow Peter on Twitter @PeterBoyer8.

Get the facts on climate change. Subscribe to IA for just $5.